Windows 8 is the operating system for present and he coming year. If you’ve just got hands on a Microsoft’s Surface Pro 128GB, you might have found that’s it’s just like a PC. While the Surface RT does not include Windows Media Player and Media Center, the Surface Pro comes up with much more facilities, including digital media streaming. There are ways for you to share music, video and photos between Surface Pro and your local hard drive/portable device. In this article we’ll show you how to stream photos, music, and videos from and to Surface Pro step-by-step. 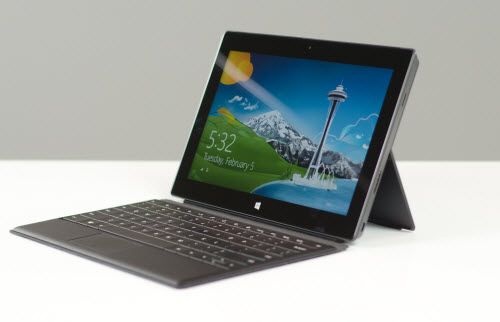 1. To get started, first set up your network, connect compatible Play To devices to it, and turn sharing on.

2. Windows will automatically recognize the Play To devices on your network. If you have an Xbox 360, you can also stream through it to your TV and speakers.

3. Now you can start streaming digital media (music, video, photos) to Microsoft Surface Pro. Open what you want to stream with an app. You can use the Photos, Music, and Video apps, or many other media apps.

4. To stream from the web, use Internet Explorer 10. Then, open the Devices charm, and choose a Play To device. Windows helps you out by showing only devices that can play the type of content you’ve selected. When you want to stream media in your library from File Explorer, tap or click what you want to stream. On the Play tab in the Play group, tap or click Play To, and select the device in the list.

5. Once your content starts playing, use the controls in the app or on the webpage to change the volume, to pause and play, or to go forward or back. Or, if you’re streaming through an Xbox 360 with Kinect, you can use voice and gesture commands instead.

If you would like to stream media file like .mov/wma from your media server (DLNA or NAS device ) to surface pro tablet or Windows 8 pro computer using Media Player, you need to add a network folder to one of the libraries on Windows 8 Pro/RT OS.

1. First login in as administrator account. Swipe in from the right side, tap Search, type Computer and click Computer icon from the app lists.

2. Create a network folder in C Disk like c:\network. Then create a subfolder like c:\network\music. Select the subfolder, click/tap the Home tab > Easy access > Include in library, and choose the library to add it.

There has not been a way for movie lovers to stream movies to Surface Pro via Blu-ray media players, but you can work out an alternative solution with Blu-ray Ripper app: first rip Blu-rays and DVDs to NAS or home server, then use Surface Pro to access the movies over home network.

When streaming media from Surface Pro to DLNA device, make sure the video is one of the following supported formats: MPEG-2 TS, MPEG-2 PS, 3GP, 3G2, AVI, MPEG-4. Movies in MKV, MOV and VOB format must be converted into MP4 before you can stream them over DLNA. In that case you’ll need a Video Converter. See how to convert and play 1080p MKV, AVI, MP4, WMV, MOV, VOB, MTS on Surface tablet.
You must log in or register to reply here.