Did Microsoft just uncover RT’s killer app? Not the typical App Store app. A combination of hardware and software – can’t use firmware, as that term already has implications, - perhaps we can go with Bladeware.

If I’m interpreting it correctly there are numerous sensors below the touchpad surface that put the whole expanse up for grabs. Is it just a matter of a printed overlay and a custom calibrated app?

It might make custom blades extremely affordable. Say something like this to simplify CAD input for piping, complex masonry/tile work. 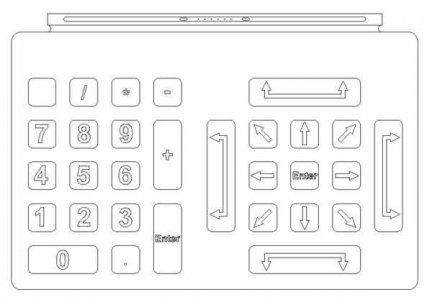 Or this to allow patient monitoring without interfering the current image on screen. 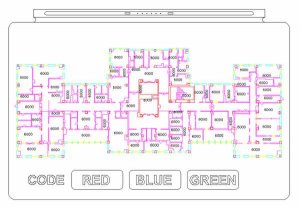 Seems like a lot of possibilities for field work.

I think Microsoft wants this to be used with such things as music apps and programs so more directed for music producers and djs. I myself like to mess around with music software so I'm really excited for this cover along with the power cover. I feel like Microsoft is really trying to make the surface a great tablet/laptop and I cant wait to see what else they'll release.

Staff member
The whole Surface Remix Project is designed to get Custom Blades created by Third Parties, if Microsoft is successful we'll see some really cool new blades. At the launch we saw some excitement with ideas around Custom Blades for verticals such as medical, gaming, photography, research and science....so we'll see.

I was talking to the inventor and chief engineer of the Blades (Touch and Type all variants and versions) Stevie, and he said currently with the 1092 sensors they can achieve around 260 DPI.
OP
S

Hopefully, Microsoft will distribute a Software Developers Kit (SDK) and incorporate Blades, Keys and Touchpads into the Toolbox of some soon to be released version of Visual Studio (VS). Creating a custom blade should not be much different than designing WinForms.

Perhaps a little more functionality could be added to VS to allow the automatic generation of vector graphics – ready to send to a Silk Screen maker. That way when Microsoft delivers the blank blades, $45 unit price when purchased in bulk, the Developer can get the graphics applied based on the current weeks orders for each particular Bladeware app.
OP
S

This “Bladeware” thing, as I’m calling it, has some interesting possibilities for education. Conceivably, custom blades could be created for different levels, Kindergarten, 1st grade, . . . . As well as specific courses, Chemistry, Math, Languages, . . . . If the schools had floating licenses for specific apps, those apps could install/uninstall when the custom blade was applied*. Devices could save storage resources.

*I’m not sure if the TypeCovers have any identification features, but it would be pretty sweet if it did.

Or, if the school system does not provide the devises – owned by individual student/family - then a compromise could be presented by the Developers. The blades can be transferred freely, but the next user would have to buy the app.

this is going to be a killer hardware esp with a DJ app and the likes, I think MS is going in the right direction with this blade thingy! lol but I can see the ipad music hipster doofuses getting their panties in a bunch and trying to knock this..just look at this kool pick with a cool DJ keyboard!
edit: ok I don't know why it's not letting post the hyper link for the pic...seems protected as I can't even copy the pic...soo stupid!

At the end of the day, these blades are all about maximizing screen real estate and offering an efficient haptic UI. In much the same fashion that a physical qwerty pads outperform the on screen keyboard for word processing, blades would facilitate other extreme user input endeavors.

I think Microsoft could leverage Windows RT further on this front.

I’m a big fan of multiple monitors on my desktop. Many of the Application I use have extremely complex UIs. So, when using AutoCAD for example, I can set some of the UI elements onto a second monitor to maximize the drawing area on the first.

This situation can become even more cluttered as I open other applications, each of which has their own complex UI. The applications are all used in continuous support of each other.

The processor and resources of the Surface Pro is well up to the challenge, it’s just that the screen can only contain so much. Used as I described above, the necessary screen changes would be strobe like. Docking into an additional monitor would be quite gratifying.

What if Windows RT allowed the devise to be used as a second monitor? It could not actually host any of the x86/x64 applications, as the hardware specs do not allow it, but it could certainly contend with UI elements.

An Autodesk app could be fired up on the Windows RT devise to allow me to host the UI from AutoCAD – currently running on my desktop or Surface Pro. Autodesk may even provide a blade for AutoCAD or Inventor, or all of their other applications (similarly, Microsoft with Office-Visual Studio , Adobe . . ., ). The Blade serves as the constant UI, the screen of the Windows RT devise would be the volatile, context sensitive UI.

Both Windows and Windows RT communicate so that the RT updates the UI based on which Application is active on the Pro version (obviously, the blade wouldn’t change but the RT screen could).

Say this were all possible, now the additional cost of the Surface 2 can be adjusted to consider the saving as would be incurred with the purchase of a second monitor. This efficient package can easily follow the user around from office to home or any other place where a second monitor would be useful.
Last edited: Sep 27, 2013

beman39 said:
this is going to be a killer hardware esp with a DJ app and the likes, I think MS is going in the right direction with this blade thingy! lol but I can see the ipad music hipster doofuses getting their panties in a bunch and trying to knock this..just look at this kool pick with a cool DJ keyboard!
edit: ok I don't know why it's not letting post the hyper link for the pic...seems protected as I can't even copy the pic...soo stupid!

this has me the most excited for bladeware or whatever they wanna call it. I would really love it if i could dj with my surface instead of using macs like other djs.
You must log in or register to reply here.