Battery Testing - A new chapter in my SP3 life?

So I've been one of those that doesn't seem to be able to get more than 3-4 hours battery time, even while following all the suggestions here.

So today I tried a test. Starting at 100% battery, I set the screen brightness at its lowest setting, turned sleep to "never", and left a stopwatch application running. After 8 hours, I still had 13% battery left.

So clearly, my battery is capable of lasting for a good deal of time. It's not "broken" out of the box.

Next up, repeat same test, with brightness at a minimally acceptable level, maybe 35 or 40% and see what that does. (By the way, other than "eyeballing it", how do you know what % of brightness you are at?)

This could be a slow slog but I'm determined to incrementally deduce how the heck I can get better battery life while using the SP3 for more than running "stopwatch", lol.

Staff member
Just curious have you had any thermal shutdowns? have you refreshed at all? Especially since 8/19 FW update?

You can set a specific brightness in the advanced settings of the power plan. 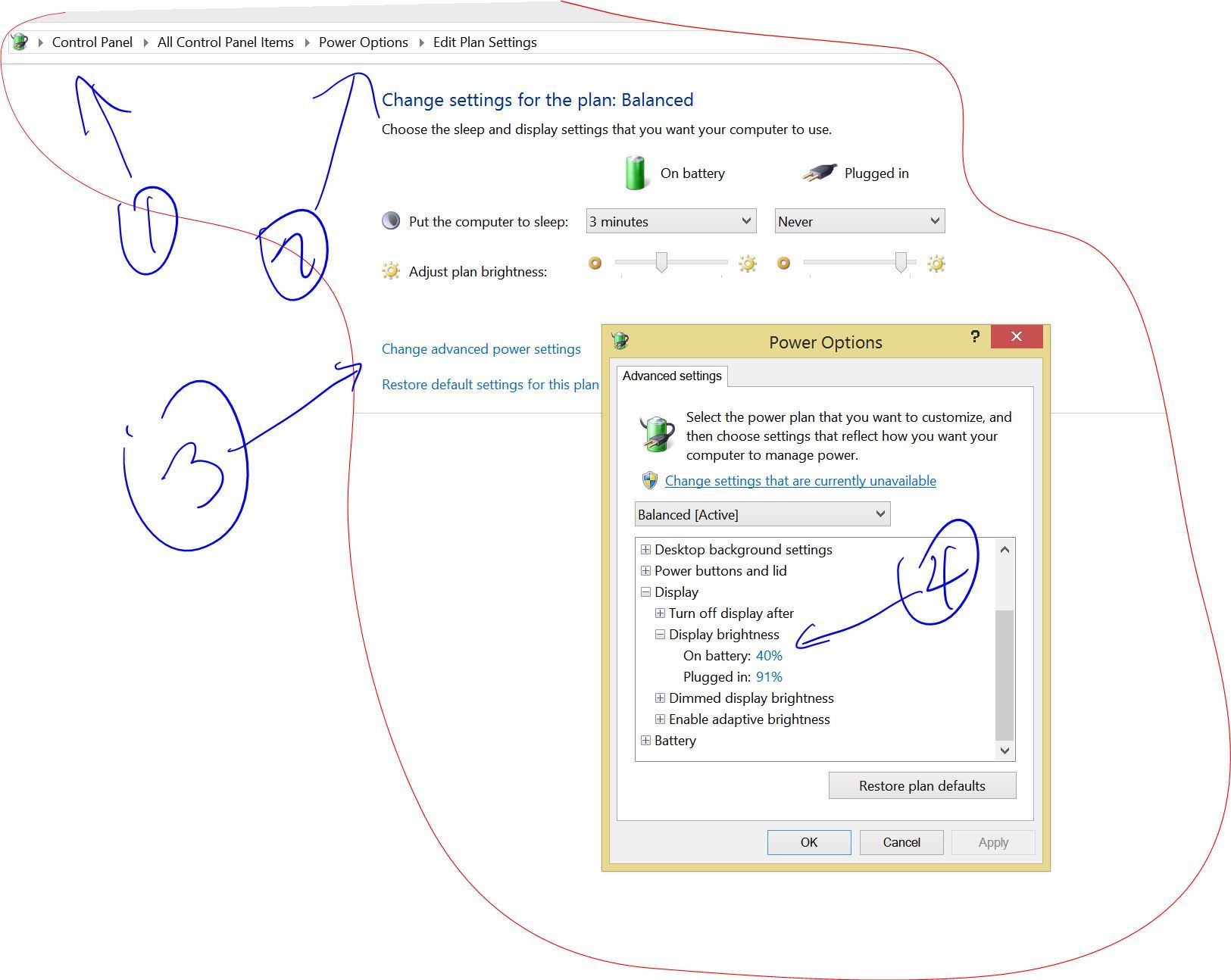 Go to windows mobility center and you can see brightness % on the adjustment slider.
I have worked a lot on battery life on my i7, see comments in the other thread you started here.
OP
M

GreyFox7 said:
Just curious have you had any thermal shutdowns? have you refreshed at all? Especially since 8/19 FW update?

You can set a specific brightness in the advanced settings of the power plan.
Click to expand...

I have never had a thermal shut-down, thankfully. Not sure what you mean by "refreshed"?

Michael Lovett said:
Not sure what you mean by "refreshed"?
Click to expand...

These are the options for reinstalling Windows. In my case I did a full reset about a month into owning my buggy, unpredictable SP3, and it turned it into a new device.
You must log in or register to reply here.

Whats APPS are you running in Systray? Post your "Battery Life"
2