This story isn't directly Surface related, but it does talk about an interesting new Windows Tablet/PC Hybrid, so we thought it worth sharing.

You have to give the PC OEMs some credit: they’re really milking the touch potential of Windows 8, and hulking great “home tablets” seem to be the finger-fetish of the moment. Latest to join the trend is Dell with the XPS 18, an 18.4-inch slab of dockable multitouch, with the company would rather you think of as a portable all-in-one PC than as a tablet in the traditional sense. Intended to be toted round the home, rather than outside of it, the XPS 18 packs up to a Core i7 processor and a battery good for a surprising five hours of off-the-AC use. We caught up with Dell for an early play.

Dell isn’t the first to try the big-tablet segment. Sony showed off its 20-inch Tap 20 at IFA last year, while Panasonic brought a 20-inch, 4K prototype tablet to CES in January.

Still, the XPS 18 does have some advantages. At five pounds it’s not exactly light for a tablet, but it’s half the weight of Sony’s model and the battery is rated for almost twice the runtime. That means you can actually hold it with one hand, though you probably wouldn’t want to support it that way for more than the minimum of time. Instead, Dell supplies a stand – with a set of power-providing magnetic pogo-pins that charge the slate section – and flip-out feet that can support the XPS 18 either in an upright pose or at a more laid-back angle for comfortable typing. Dell did point out that the rubbery feet on the pre-production units we tried were likely to change, which is good since they were a little slippery on the table.
Click to expand...

I actually think this is very clever. It is essentially a touch screen all in one desktop with the portability of a traditional laptop. I think calling it a "tablet" is going a little far because I can't see anybody kicking back with this and reading a book on the couch As a portable desktop computer I think it makes more sense sort of like the wireless TV boxes you can get for u-verse. Need a pc in the kitchen? Kids room? Office? No problem move this around as needed.

If I want big, i'll go for the Panasonic

ArnoldC said:
If I want big, i'll go for the Panasonic
Click to expand... 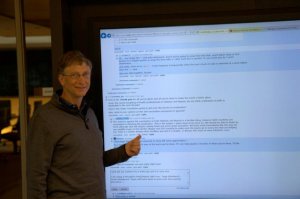 The 24" one, also posted somewhere in the forum.

The 24" one, also posted somewhere in the forum.
Click to expand...

Sorry, that is the billionaire model

I think you mean this one http://www.surfaceforums.net/forum/...ane-20-inch-tablet-4k-resolution-display.html.

Yes! That's the one.
You must log in or register to reply here.