First of all, I have the Incipio case for the Surface Pro 2 and although many have groaned and moaned about warping on the kickstand and poor fit, mine's been great and with the addition of a nice pen loop, it's been just about perfect for my needs. That being said, when I saw that Incipio was releasing a version for the SP3, I eagerly awaited its release. I ordered from Amazon, but ended up cancelling the order and just ordering straight from Incipio due to the backorder status on Amazon. What follows are my general thoughts on the case. 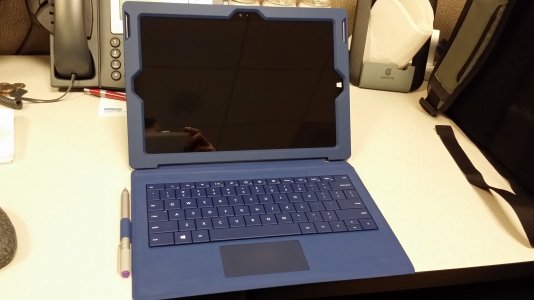 Having the previous version for the SP2, I used the case exactly as intended... Basically it went on, and never came off for much of any reason. However, I never purchased the dock for the SP2 as I have for the SP3. I really enjoy the SP3 dock and it helps me drive dual monitors at work, so this brings me to my first consternation with utilizing any type of case now for the SP3... It basically is a hassle when you're using the dock. The Incipio Feather Advance is basically a two part case: 1 portion that covers the sides and rear of the device, and another that snaps into that and covers the front. In order to place the SP3 into the dock, you have to unsnap the entire getup and this is not an entirely simple process. Basically, I end up resorting to using a credit card as a spudger to help separate the two pieces. I manage to get it done, but it's not fun.

Here are the things I like most about the case... One, while it may be vain and ridiculous, the blue color matches the dark blue key cover almost perfectly, and that matters to me. It really makes the package look like they were made for each other. Adding to that, the material used on the back is not plastic like the sides and front of the case. Instead, it is a leather-like material that really feels nice when holding the device and adds just a hair of extra grip. Secondly, although I was worried about possibly increased heat issues with the case, the reality is that I have experienced nothing of the sort. The ventilation holes seem to be well placed and don't cause any additional heat buildup on the device at all. 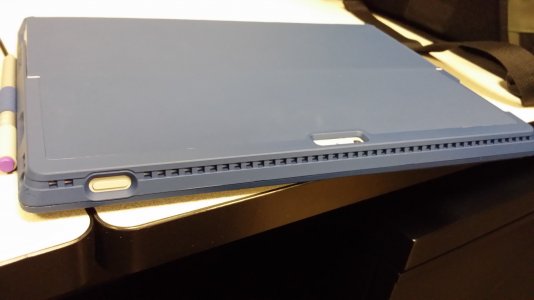 The SP3 has basically been performing just as it did without a case. Third, the case fits very well. The ports are all well spaced and I haven't had any issues getting connections attached through the case at all. I haven't experienced any separation issues or misfitting in any way while using the case. 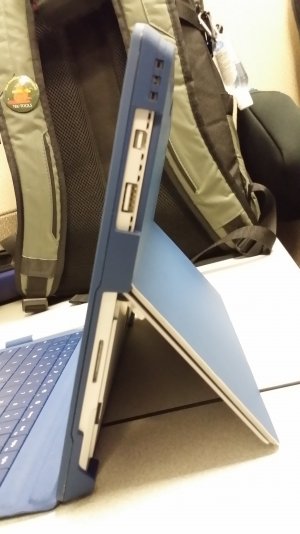 Fourth, the design of the case allows full utilization of the entire spectrum of kickstand positions. This is a big win to me. Lastly, while likely not the most protective of cases, I think that the case offers a nice mix of weight savings and overall protection. You aren't going to confuse the SP3 while inside with a naked SP3, but it's not crazy huge and heavy either.

Now for a few things that I don't really like... One, while the keyboard attachment section is perfect for actually attaching the keyboard to the SP3, once the case is on, the magnetic attachment to the keyboard hinge for the increased typing angle ceases to function. While not a deal breaker, I really utilize and appreciate that part of the SP3, and losing this is a disappointment. The picture below looks like it works, but that's just me pushing it up. As soon as pressure is released, the keyboard falls flat like on the SP1 and SP2. 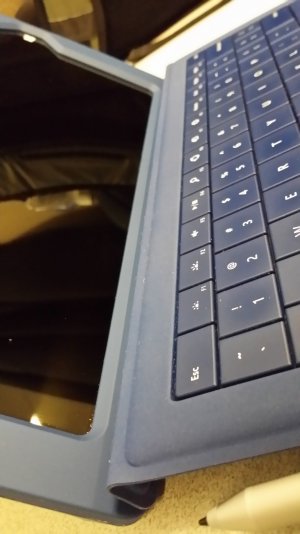 Another item that is troublesome is that although the there is a magnetic attachment for the section of the cover that covers the kickstand, while the kickstand is not open the SP3's magnets seem to counter act this connection and it allows the flap to easily flop around. While this doesn't or hasn't caused any issues, it makes it funky to carry around, and has tried to come open a few times when I've tried to get the device into my bag. It would be nice to have a stronger attachment mechanism somehow, but I do understand that this arrangement is what allows the full use of the kickstand angles. 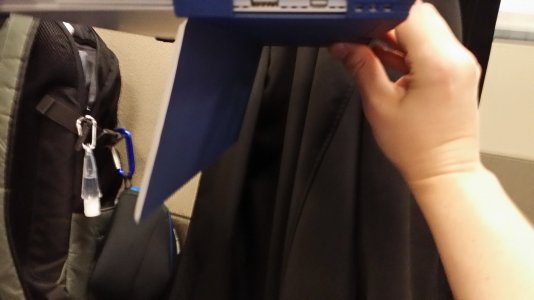 Overall, I really like the case. It offers a nice mix of form and function and I think it's attractive as well. I certainly think they could improve the case by addressing these minor quirks but it's a good first design in any case. Should you get it? If you don't utilize the SP3 dock and you don't value thinness and weight savings over all else, then I'd say the answer is yes. However, if you just can't live with the SP3 getting any fatter or heavier or you are a prodigious user of the SP3 dock, then you might want to stay away.

Nice review, thanks.
You must log in or register to reply here.

Oct 4, 2014
InspectHerGadget
I
C
Incipio case cracked the screen of my sp3!

S
Folio cases that do not hinder the SP3 stand?