Macbook cases that fit SB2 15 inch and quesiton about hinge

I have one coming and I'm not sure what case will fit it. Macbook cases are plentiful and I'm wondering if anybody has experience with 15 inch Macbook pro cases fitting the SB2? I'd be ordering online so I won't be able to just check myself.

Also I'm a little worried about the hinge not letting the SB2 close all the way. Is this pose a crushing problem? Like if I put this in my backpack will it be safe? Should I get a piece of thin foam to put between the screen and keyboard?

I've seen some reports with the older SB that the screen can get cracked because there's no buffer (such as the rubber gasket that some manufacturers put around their displays) and the glass lays directly on the base right where the notch is cut out. I looked closely at my SB2 with that concern in mind, and I see that the display actually rests on the outer rounded edges and that there's a very slight (sub-millimeter) gap between the glass/plastic and the base. I don't know if that was the case with the previous SB, but on mine, at least, the glass/plastic edge does not impact the base.

All of that said, I think the machine is well-engineered to withstand any stresses along the tablet portion. So outside of the display cracking issue that some have noted (and that I'm not worried about on mine), I don't think it's an issue. But now that you mention it, the SB2 did come packed with an insert between the display and keyboard and that could probably just be reused to good effect. It's one of those things though that I'd probably do at first and then abandon as I got tired of messing with it.

No idea about which cases might fit the machine. It really is pretty thick at the hinge and so the usual tight-fighting 15" MacBook Pro case might not work.
OP

Thanks, I'll be keeping that insert.

I guess I'll be the test subject for cases. I might have to find cases for older macbooks, back a few years when they were chunky. Worst case scenario is two cases with the screen and base detached.

Looking forward to hearing about the cases you try out...

Crud. I wasn't taking into account the difference in aspect ratios. 3 to 2 will definitely be a problem even with the 16 to 10 macbook cases. Well I might just end up having to make my own. I have a black sheepskin that I don't have plans for. I might shore it down to 1/4 inch and use the shearling side for the the interior, as a natural impact buffer and sand and wax the exterior. If there's enough left, and it doesn't look like garbage, I'll make 2 and have a raffle or something.
Last edited: Dec 18, 2017
F

I use the Incase Sling Sleeve Deluxe 13" version for my 13.5" original SB. The difference in size and aspect ratio doesn't seem to make any difference at that size and fits very well anyway. If the 13.5" SB can fit in a 13" MBP case, then it sounds like the 15" in a 15" case should be no problem.

There is a 15" version of that exact case, but it is out of stock on the Incase web site (though Amazon has a few in stock):
Sling Sleeve Deluxe for MacBook Pro 15

Best Buy used to have the 15" version in stores (that's where I got the one I used for my 15" MBP) so you could do a test fit, but it looks like now they only carry the 13" version. They do still have other 15" cases, including some 15" Incase cases. If you can get to a local store that has 15" MacBook Pro cases you could do a test fit and see if 15" Apple cases work in general and then shop for the style you like.
OP

That definitely looks like it would fit. I'm hoping for something I can slip into my backpack's laptop pocket for when meeting clients. I kind of need a backpack since I have to cart around a lot of stuff (books, binders, galley proofs, physical art supplies, etc) often far away from were I find parking. 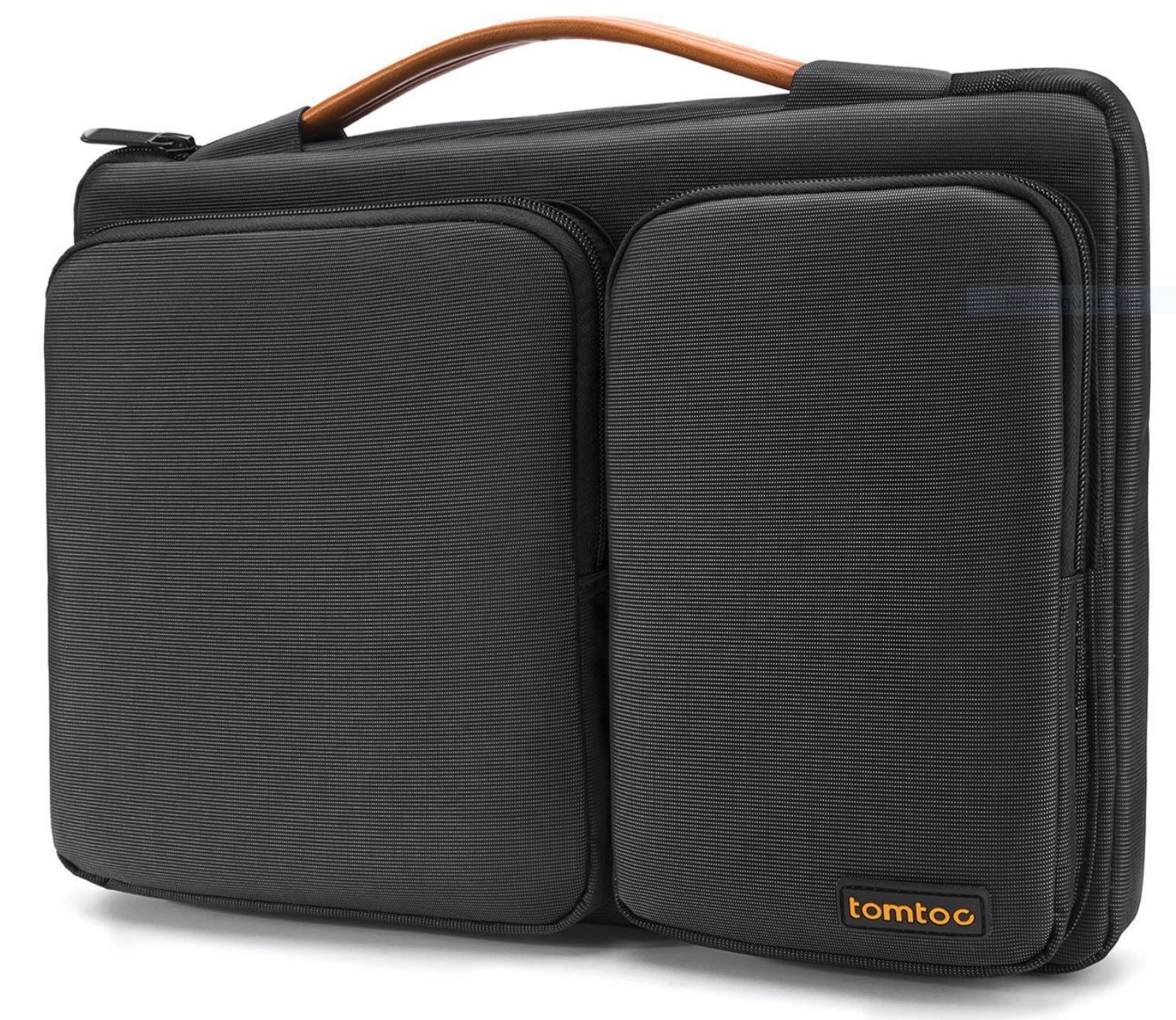 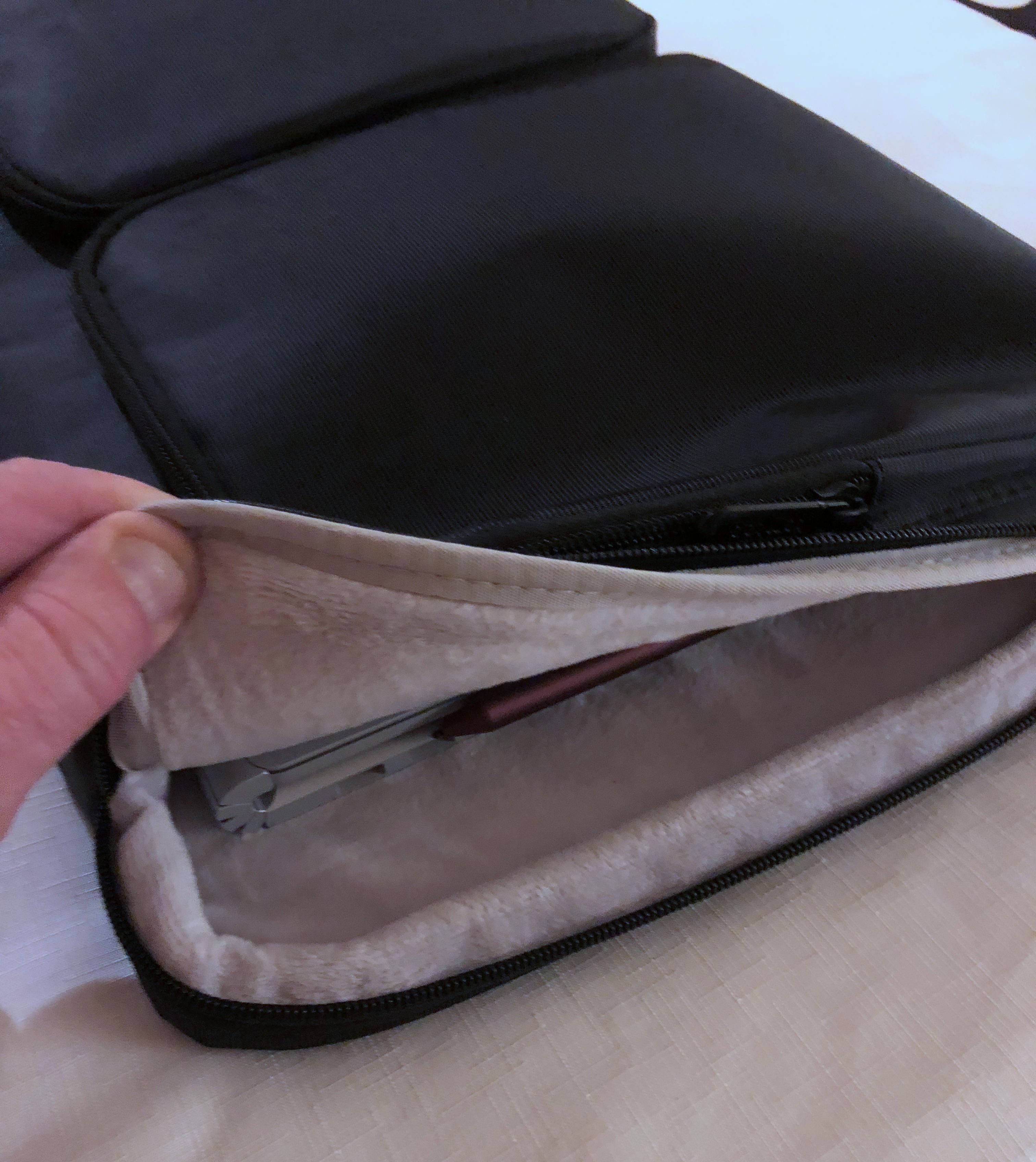 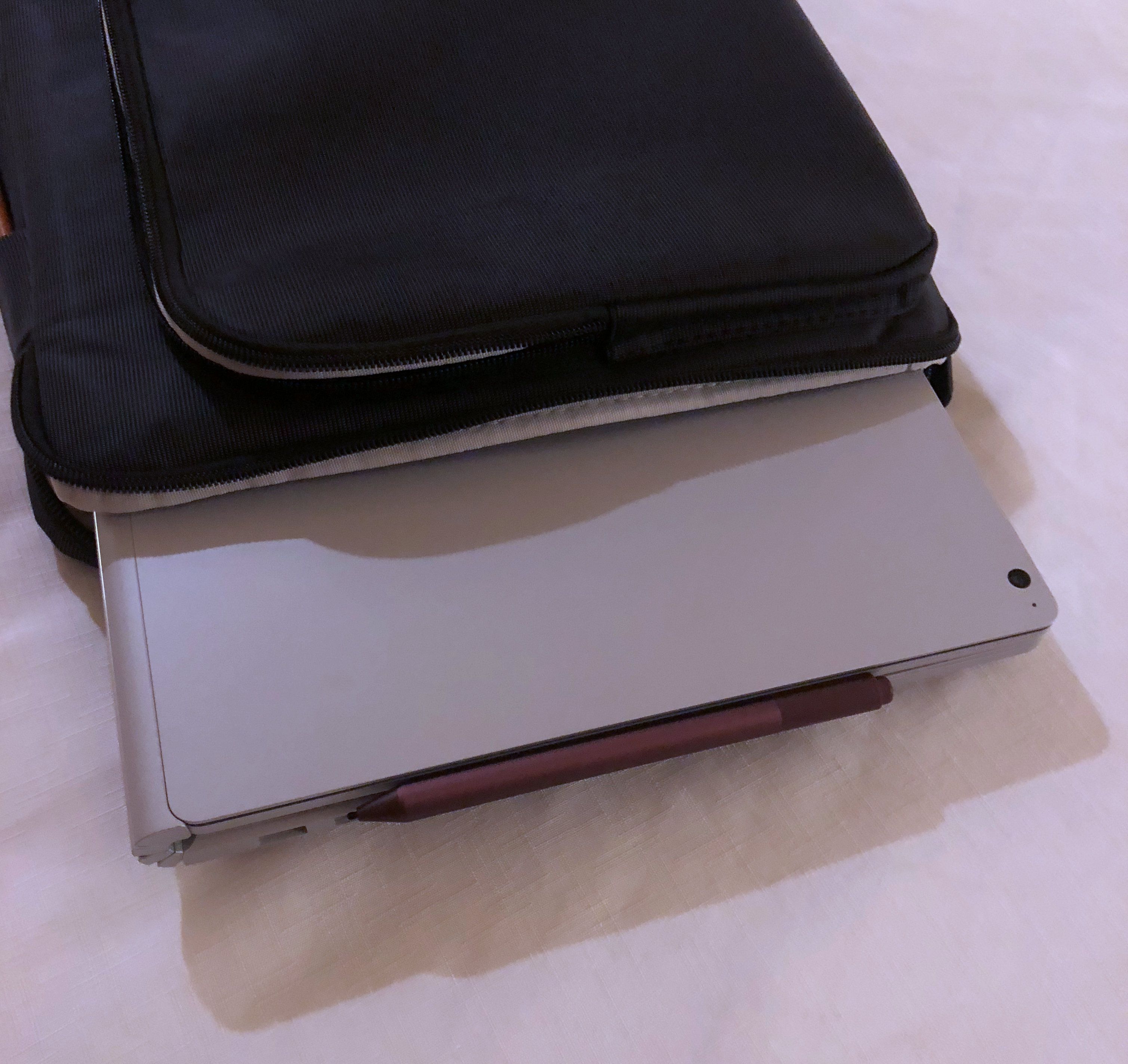 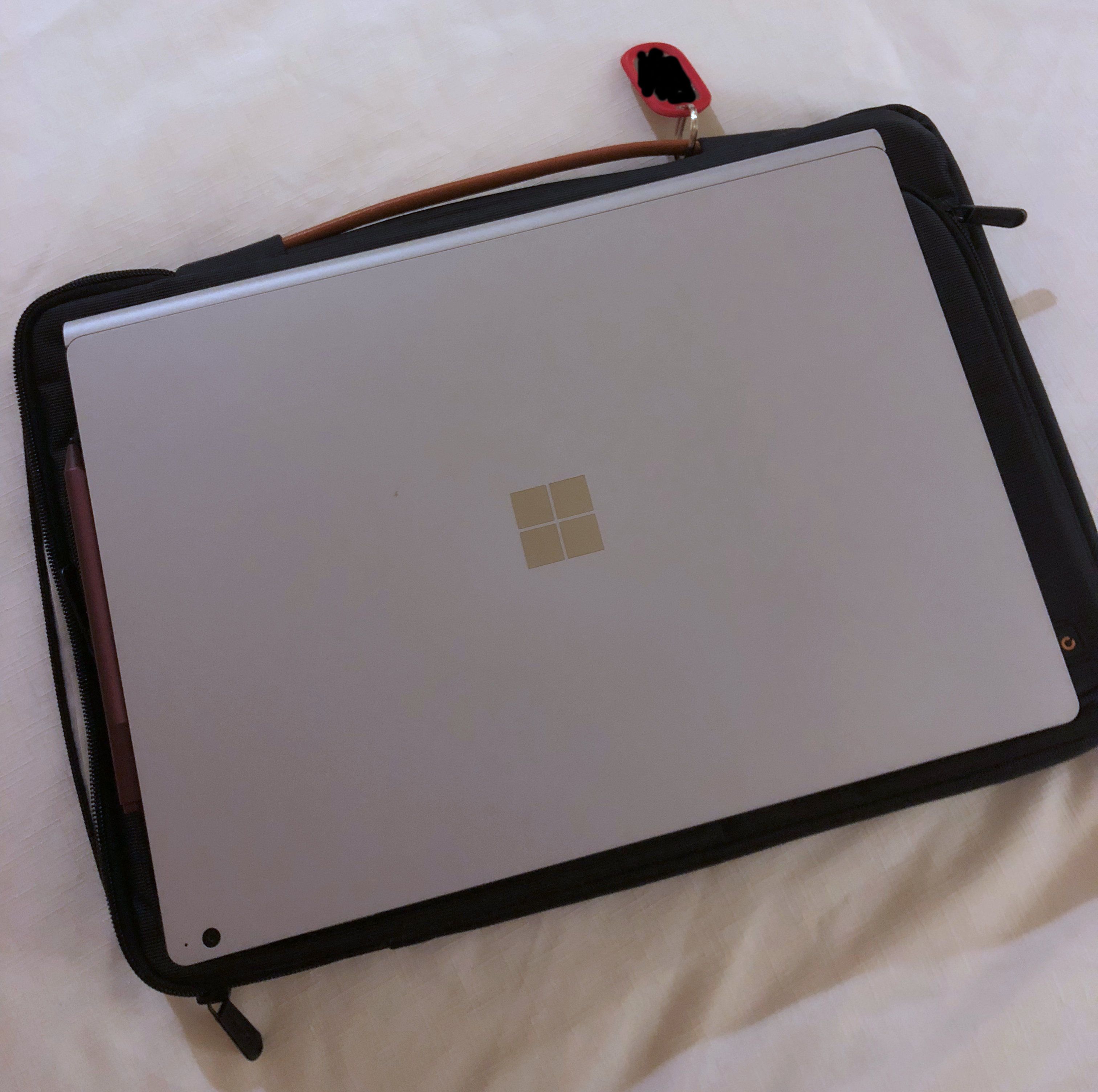 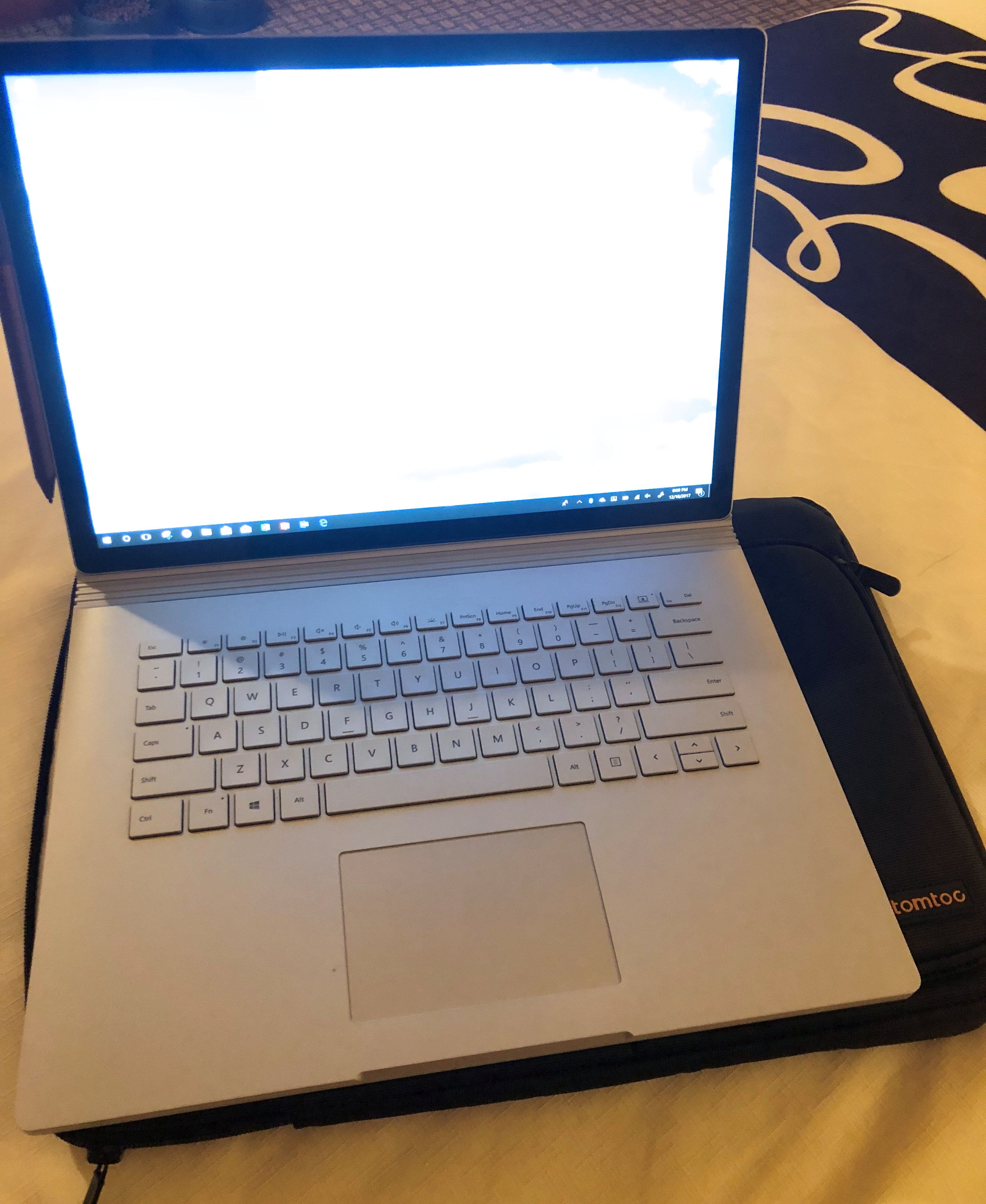 I have to say, that's really nice and a decent form factor. I think I'll grab one of those in burgundy as homage to my soon to be obsolete typecover. The price is certainly right.

SB2 15 inch, Graphics card disappearing when waking up or reboot

5
SP3 hinge slipping down when about 10 to 15 degrees of fully extended (is this inevitable?)

Seeking Feedback for My Casual Needs
2