Magic: The Gathering AAA RPG Announced for PC and Consoles 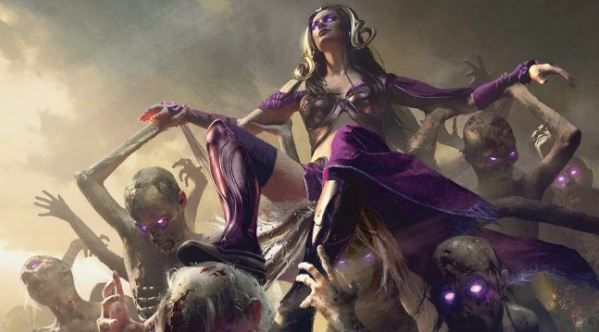 Perfect World and Cryptic Studios have announced today that they are currently developing a new AAA RPG based on Wizards of the Coast’s strategic card game, Magic: The Gathering, for both PC and console. As yet that’s pretty much all the information that we have on the new game, as Perfect World says that it will be releasing additional details and the game’s official title at a later date.

Massively popular strategy card game Magic: The Gathering sees players taking on the role of Planeswalkers, who are powerful mages that can travel between planes, cast spells, and summon mythical creatures. The card game has more than 20 million fans in more than 70 countries, and the forthcoming PC and console game will give them the chance to immerse themselves in the Multiverse, the world in which Magic: The Gathering is set.

“It’s Magic: The Gathering like you’ve never experienced before,” said Bryan Huang, CEO of Perfect World Entertainment. “We are ecstatic about the direction of the game Cryptic has been shaping. It’s always been a dream of ours to bring Magic’s Planeswalkers to a modern RPG.”
Click to expand...

The partnership between Perfect World, Cryptic Studios, and Wizards of the Coast, is responsible for the incredibly popular Neverwinter PC and console game, currently played by 15 million players.

“This game is an exciting part of Wizards of the Coast’s Magic Digital Next initiative to extend gameplay beyond the tabletop, and we’re proud to work with the talented team at Perfect World Entertainment and Cryptic Studios to bring the Magic: The Gathering Multiverse to life,” said David Schwartz, Wizards of the Coast Vice President of Digital Publishing.

“Everything from the graphics to the gameplay is being targeted for a truly unique AAA game,” said Stephen D’Angelo, CEO of Cryptic Studios. “We’re thrilled to provide Magic fans with an opportunity to explore the game’s worlds and characters through an entirely new lens. Get ready to embark on a brand new journey.”
Click to expand...

Source: Perfect World Entertainment
You must log in or register to reply here.