“The Surface Team is aware of a very small number of Surface Pro 3 Intel® Core™ i7 devices that are temporarily restarting and incorrectly showing a "Thermometer Gauge" icon while attempting to boot up. Our investigation reveals that the system is triggering this event sooner than it should for some people, only when the device restarts, and this does not occur when the device is booted and running. We have an update that will address this that will be ready for our customers as soon as possible.

The i7 version of Surface Pro 3 is a first-of-its-kind tablet delivering i7 processing power in a thin and light package. As such, the increased power calls for the fan to spin more regularly and at higher speeds – and for the unit to run slightly warmer. If customers have any questions or concerns, they should contact Microsoft Support.”
– Microsoft spokesperson

Nice, thanks for posting Frank!
M

Nice that they have released a formal statement about it and are looking at addressing it.

I just tried the fan test. I found a small desk fan and pointed it at the back of the SP3 while using the kickstand and ran the Steam game Tomb Raider on normal and then super high quality settings. With the fan on, the unit stayed cool and when I turned off the fan, the internal fan wasn't even on. When I cranked up the graphic options to max, the internal fan came on, but wasn't going full tilt like it has before when trying to cool down the unit.

Good to see the public acknowledgement. Shows they are committed to their customers concerns.
S

So, with the i7, we will always hear the fan more than the i5 ? I'm asking because I heard that the fan can be very loud (too loud).
I still didn't choose if I go for the i7 or i5.. (money is not the probelm. But i want power for adobe cc without an excessive fan noise)
Y

it's an ok loud compared to the whiny fans of my Lenovo helix. The sp3 is an ok hushing sound

I've rarely ever noticed the fan, though it comes on quite frequently on the I7. I think my I5 version was slightly louder, so it seems there is variations between SP3's.
Not the I7 vs I5, but from SP3 to SP3.
J

On my i7 the fan does not come on for simple tasks like:-
With think like VMware, Citrix apps and Lightroom the fan is always on.
M

Stephan said:
So, with the i7, we will always hear the fan more than the i5 ? I'm asking because I heard that the fan can be very loud (too loud).
I still didn't choose if I go for the i7 or i5.. (money is not the probelm. But i want power for adobe cc without an excessive fan noise)
Click to expand...

Sounds like MSFT pretty much said that in today's statement. Makes me think the i7 is going back for an i5, just can't take the fan firing up all the time...

The "fix" everyone is excited about sounds like it's ONLY for the thermometer display, not the fundamental issue of fan coming on all the time.
L

Somebody stuck me in this small box and my shorts are kinda tight but that's ok. Then they wrote some whacky control algorithms that have me flashing inappropriate icons on my screen freaking everybody out.

Stay cool, I got this.
OP 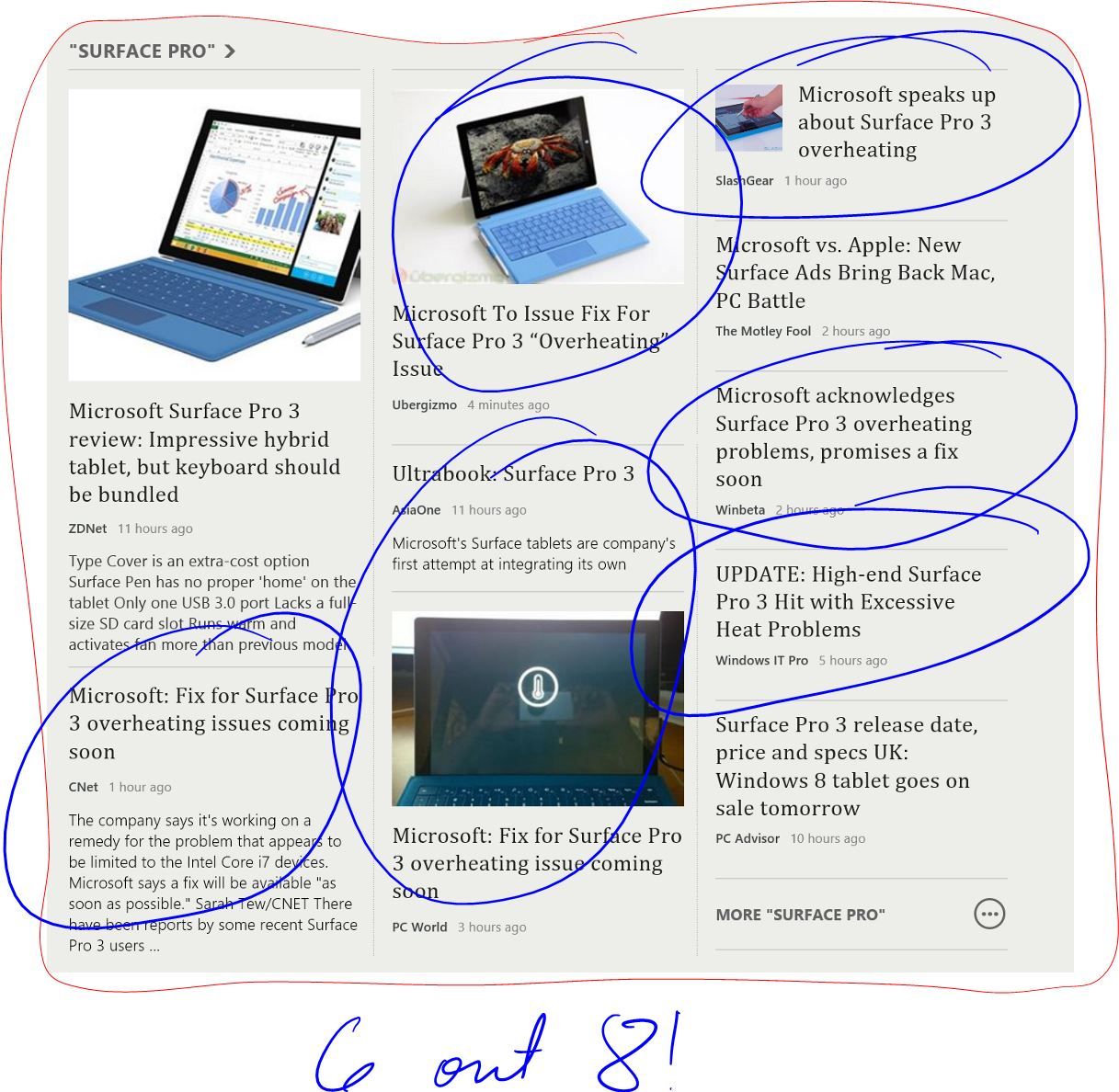 http://winsupersite.com/mobile-devices/microsoft-surface-pro-3-not-overheating
You must log in or register to reply here.

An excellent article about the "overheat" issue

G
Microsoft just emailed me about my Power Cord replacement
2