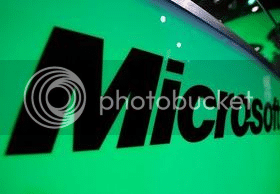 According to an article on theverge.com, this recently announced tablet will be running Windows 8.

Here is a small portion of the article and the rest can be read by following the link below.

Microsoft's Intel-based Surface tablet will run Windows 8 Pro, with a thickness of 13.5mm, a weight of 1.9lbs, and USB 3.0 support. This particular version will also include magnesium casing and a built-in kickstand, but will ship with either 64GB or 128GB storage. Additionally, the Intel version will include additional digital ink support through a pen that magnetizes to the body of the tablet, and a 10.6-inch ClearType "Full HD" display. Both of Microsoft's Surface tablets feature optional Touch and Type keyboard covers.

I think it all depends on how big the bezel is. It could be the same size as the current 10" tablets if it has a smaller bezel around the screen.

Well compadres I'm hoping it is actually a 10.6" screen size as the more the better! I know the 9.7 of my iPad as compared to the 10.1 of my Prime sure leaves a lot to be desired.

But I bet lighter when adding a TF dock as compared to the Microsoft keyboard.

Hey Mickey... did you pre-order one for your shelf?

Jeffrey said:
Hey Mickey... did you pre-order one for your shelf?
Click to expand...

Great idea Jeffrey, my TF 201 is very lonely these days!:cool2:

Does this look like iPadForums.com? Last I checked it was not.

If you had kept your TF101, it would have a friend to play with.
You must log in or register to reply here.