"It's not only thinner, it's also backlit." 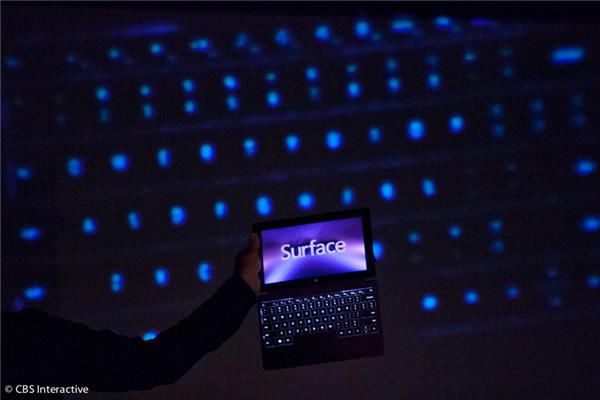 "75 percent more battery life, you get to used it all day. The kickstand now allows 'lapability.'" ???


"Now we’re seeing Touch Cover 2, which is also back-lit just like the new Type Cover! And it’s only 2.5mm thick."

This time Microsoft has been faster.

Although they have made some much needed improvements to the Surface Pro (including a more rigid backlit keyboard - hallelujah!), the core problem remains - this is still the wrong form factor for their target market, the business user. Screen too small, hard to use on your lap and not enough ports.

If the Surface Pro 2 existed in a vacuum I would say this could be a big winner, but it does not. While SP2 has upped its game so has the competition. Surface 2 looks great except that it will be competing against Bay Trail devices which can run full Windows 8.1. Also, not including a pen with Surface 2 for students is a major major fail. That's like scoring the tying touchdown with a second to play and missing the extra point.

So needed improvements to both but big flies in the ointment if actually selling tablets is MS's goal.

We'll see. The Surface name is already so damaged it may be hard to recover. Branding goodwill means a lot as Apple just sold 9 million units of a crap upgrade just because it was an iPhone.
Last edited: Sep 23, 2013
M

Yes I did say that because I made the faulty assumption that MS was not INSANE. I overestimated them. The Surface Pro 2 will fail because it is the wrong form factor for it's target audience, the business user. It's performance upgrades are merely me-too's with the rest of the market. Screen too small, not enough ports, can't use on lap. Fail.
You must log in or register to reply here.

Microsoft will give you $200 for your iPad