I might be returning my surface pro due to a kickstand issue and I'd like to secure erase the SSD before I do.

I loaded up Partedmagic and tried to use the secure erase function to wipe the drive and it's frozen. Apparently the SP3 doesn't support sleep so it can't un-freeze the drive. The other way to unfreeze the drive is to not plug it in until the computer is booted, that obviously isn't happening.

Also, with the UEFI requirement, trying to get tools like DBAN or just about anything for that matter is a nightmare.

Not that you want to run DBAN on an SSD, but is there a tool that can access the SSD's firmware to do the drives built in wipe? 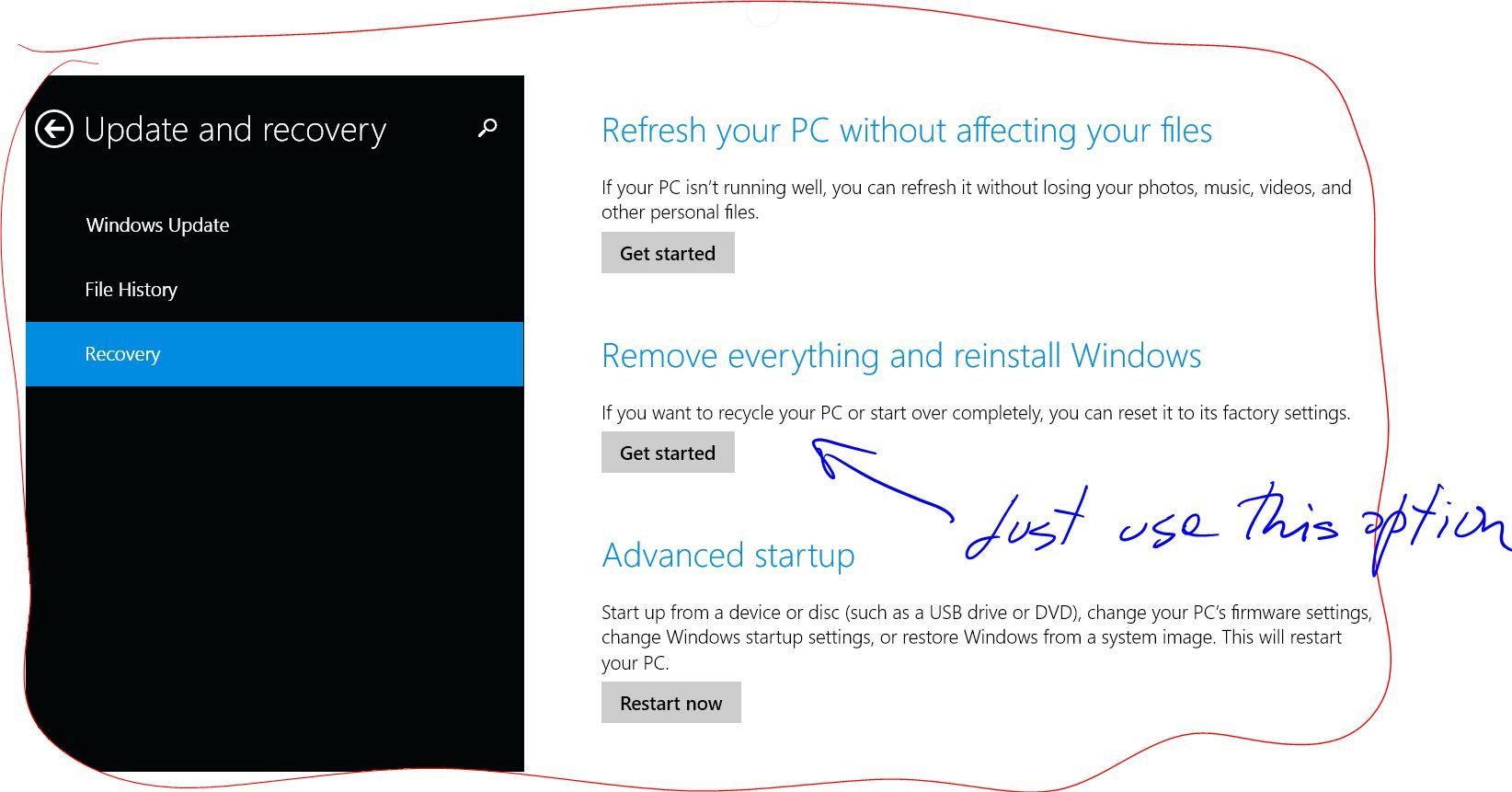 What is wrong with your kick stand? I just got a Surface Pro 3 from best buy and my kick stand is very loose on one end. Wondering if I should go to Best Buy and get a replacement.

This is my kickstand.

Someone else reported the same problem and got theirs replaced. Solved it with the replacement.

That is definitely not normal for the hinge to be loose like that.

It normally has medium resistance until it gets to a certain number of degrees open, but is nowhere near loose enough to close by itself, which supports the screen in an easel-like position. Then it gets full (quite heavy) resistance for the remainder of its travel, which allows it to support the device in pretty much any position.

You should definitely exchange your Surface.

I don't know what it does but once it does it all your files are gone for ever. Trust me.

For example, I can boot my SP3 from Acronis Recovery Media (via a USB-flash drive or a USB-based CDROM), and then select the "DriveCleaner" option to wipe my SSD.
G

Staff member
I think this would do what you want using built in features of Windows/Bitlocker.

The SP3 drive is encrypted by default with AES 128 bit encryption
(with or without elephant diffusion not sure).
I don't know if the encryption keys get changed during reinstall, id like to think they do but...

I still not understand why you still want to make your life so miserable. Just use the recovery option

ctitanic said:
I still not understand why you still want to make your life so miserable. Just use the recovery option

Maybe he's concerned about a true secure erase. Just reinstalling the OS over the old OS, most people would agree that forensics software can easily recover files from the old OS install.
G

Staff member
All the Apple employees buying and returning SP3s don't want people to figure out what they are doing.. err Umm, I mean the NSA is really cracking down on document leakage so a secure erase is mandatory on all devices. {snicker}
You must log in or register to reply here.

M
Turn off secure boot and "reset"? for my sculpture, iRobot