In another thread, I wondered what the heck a "mini-tablet" would be useful for besides a pure consumption device (which is useless to me)....


oion said:
But what do you do on a 7-8" Surface, I mean? AFAIK, the difference between a regular iPad and iPad Mini is primarily just the size, and people do the same things on them, which is primarily media consumption. An RT/ARM mini version does make a whole lot more sense than a full Win one, but the Surface originally is marketed as a productivity device.

Hm. There is one possibility that I could see myself using, though:

Windows RT mini Surface with pen digitizer, for hand-written notes on the fly, calendaring, and regular media consumption. It would be a nifty companion device to other WinRT/8 devices that are larger and more appropriate for significant content creation, at least IMO. But MS Office would be a bit wasteful in that form factor, especially if it's supposed to be a companion device. Hmmm.
Click to expand...

So I did a search for mini-tablets with active digitizers and came across..... a phone: Sony Xperia Z Ultra

The idea that you can write on the screen with a proper pen (metal-tipped) or pencil is fascinating, along with the little bluetooth "phone" companion device for actual calls since you wouldn't want to mush the giant phablet against your face. From my point of view, this size is certainly nice for media consumption and games, but the ability to properly hand-write notes along with the fact that it's actually a phone lends a lot more functionality. Interesting.

Now, I commented in that other thread that Surface RT wouldn't make sense in a mini-tablet because by definition, Windows RT comes with Office 2013 RT--useless in that form factor. But I didn't even think of the phablet angle: If there was a Surface hardware version of a phablet like Sony's but with Windows Phone 8 OS that could pair with other Surfaces, that would be nifty. Well, though the Sony XZU apparently has a very custom display.

This is not the future: 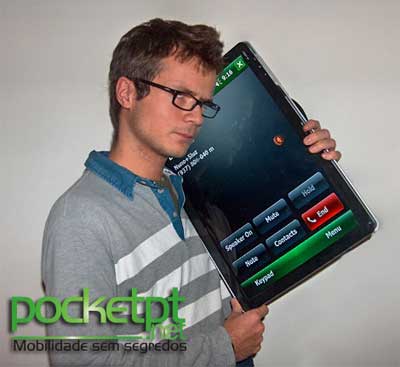 This is the future. Imagine a 5.2" phone that folds/unfolds into a 7" tablet (both with golden ratio):
[video=youtube;oaXepnrgfJo]http://www.youtube.com/watch?v=oaXepnrgfJo[/video]
OP
O

Different companies have been working on flexible display technology for well over a decade now. I'll see it when I believe it. There are always awesome prototypes around, but making that a mass-produced consumer-grade reality is something else entirely.

Now, in terms of innovation priorities in mobile computing, I really wish someone would have a breakthrough in batteries. Lithium ion was around the '80s, li-ion polymer was 1990's. We're due.


Edit: I forgot to add: Flexible screens are great for the greater real estate needed for data representation, but you can't write on them (yet). That's the biggest draw for the Sony Xperia, at least to me.
Last edited: Sep 20, 2013
You must log in or register to reply here.

Microsoft Surface Mini Getting Released With Windows 10 This Fall