You may be experiencing slow Internet with or without VPN.

The AnyConnect Secure Client adds virtual hardware to your PC as WAN Miniport Adapters, in order to route data through the various Internet protocol structures.

However, if you have updated Windows 10, your Windows Network Adapter (the actual hardware) may be updated, but these WAN Miniport Adapters are then inefficiently routing data. The result can slow networking severely.

After updating Windows 10 to a new build, or updating firmware, do this:

Investigation into the routing configuration and ping trace revealed that the WAN Miniport adapters included outdated local IP addresses. It seems that subsequent changes to the network or to Windows added inconsistencies and inefficiencies, and perhaps losses, all of which would slow throughput. The actual adapter hardware was doing unnecessary routing, revealed by a ping trace. In my case, WiFi speed improved the Surface Book from 8 Mbps t0 80 Mbps, and the Surface Pro 3 from 12 Mbps to 75 Mbps. (My service is 100 Mbps). The slow WiFi started for me after a new Insider Build in late January, then became worse after the mid-February firmware updates.

Eventually, I expect Windows 10 will rebuild these virtual adapters properly upon update. 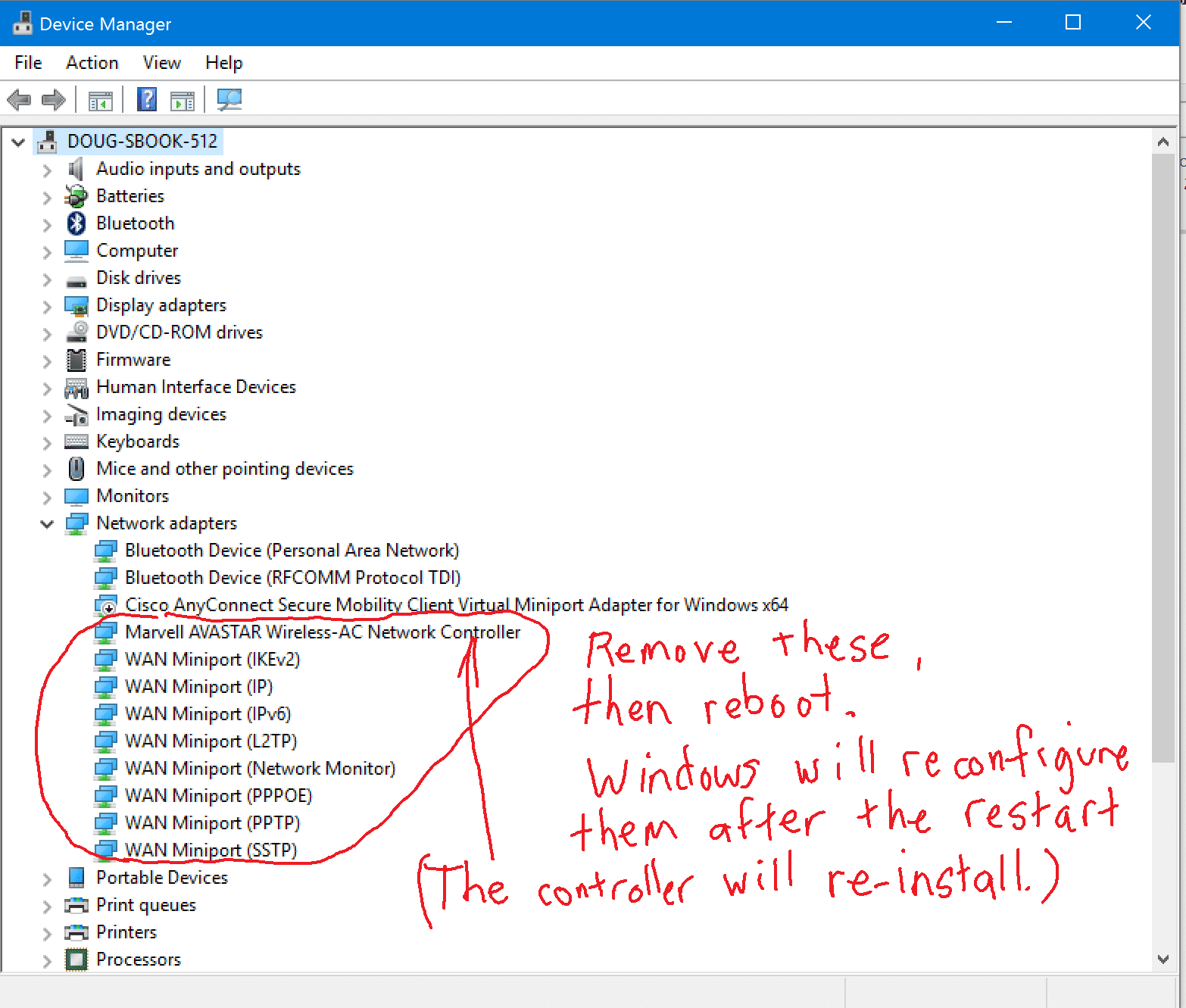 New Windows 10 scam will encrypt your files for ransom

With November update, is Windows 10 ready for business?