Microsoft's Surface Pro started shipping in the US back in February, but its rollout elsewhere has been sporadic, and a 256GB model non-existent -- until now. Japanese customers lusting after the Intel Core i5-powered hybrid will be able to claim one on June 8th, priced at 99,800 yen ($975) with 128GB of storage. The new 256GB iteration will premiere on shelves there for 119,800 yen ($1,175), and customers there will be able to adorn it with the Touch Cover for 9,980 yen ($100) and tactile key Type Cover for 10,980 yen ($110). Better still, Microsoft will toss in its pressure-sensitive pen (and Office 2013) for all the versions as well -- just in time for you to finally do something useful with it.

While Surface Pro is making its way to additional markets this month, a new variant has arrived in Japan. Microsoft previously launched a region-specific Surface Pro in China, complete with a full copy of Office 2013, but the company is now offering a similar package in Japan. A 256GB model, with Windows 8 Pro and Office 2013, will be made available on June 7th. It's the first time Microsoft has increased the storage on Surface Pro from its 64GB and 128GB versions.

Some Japanese customers will also be treated to some exclusive Touch Covers. New designs debuted in a number of markets earlier this year, but Microsoft is holding a contest to give away 100 Touch Covers with designs by brands like Beams, and Rodeo Crowns. It's not clear if the limited edition Surface covers will also be made available to buy, but they're definitely limited to Japan.

Microsoft's increase in Surface Pro storage in Japan follows initial controversy that its 64GB tablet only includes 29GB of addressable storage. Microsoft doesn't appear to be offering the 64GB model in Japan, perhaps signalling potential plans to move away from this storage volume in future.
OP

I was going to buy Surface Pro tomorrow but now i'll wait.

Um, so where's my free copy of Office 2013? This is how MS rewards their early adopters? Giving away Office 2013 to only the newcomers?

I think we have grounds to demand MS give Office 2013 to US existing owners as well.
OP

Now we know the real reason of the delay in japanese Surface Pro, they're more demanding.
http://www.surfaceforums.net/forum/microsoft-surface-pro/4713-why-delay-japanese-surface-pro.html

Spaniard said:
Now we know the real reason of the delay in japanese Surface Pro, they're more demanding.
http://www.surfaceforums.net/forum/microsoft-surface-pro/4713-why-delay-japanese-surface-pro.html
Click to expand...

Well also releasing the Surface Pro a week before Haswell comes online has to be a challenge. They have no choice but to throw in extra goodies.

i bet it is not free but bundled in somehow. my first year of office 2013 was free on launch day when i bought the bundle with type cover 2 yr coverage, screen protector( put on my wifes rt) and tablet sleeve, also got the wedge mouse for half off, all in all the bundle was well worth it, even though the IMAP problems have not been corrected on 2013 yet....
D

It would have been nice to have more storage but to be honest most of what I do is in the cloud now. When moving from my desktop PC with 1.5TB HDD space to my pro I moved most of the data onto an external USB disk and realised I don't actually need the majority of it on the move (or probably ever but refuse to delete it). Netflix, Spotify, SkyDrive... why would I want to store locally!?
OP

My router has usb and i have an 1TB HDD on it, so my future Surface Pro will connect to it using wifi. My idea is to install only programs and important data in the SSD. 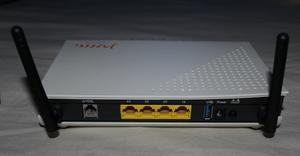 Microsoft adds a 256 GB Surface Pro to its line up | ZDNet
According to a Microsoft Japan press release, the 256 GB version of the Pro will be sold in other unspecified countries as well. I asked Microsoft for details on additional countries and the target launch dates, but no word back so far.

I believe you won't hear from MS anytime soon concerning a 256GB SFPro for Europe.

Eventhough, the japanese version doesnt come with win 8 Pro but rather a "plain" win8
M

It seems that a SurfacePro 256GB model was announced for the Japan market and Microsoft is NOT offering a 64GB model. Both the 128GB and 256GB model will come with Microsoft Office! Hey Microsoft, What about us early suckers, uh, adopters?

Just the way things go. I rather have a Surface 256GB v2 with a better chip. Still happy with the 128GB and looking forward to a better model next year.
You must log in or register to reply here.

Anand pimps out the Surface Pro