Another one kicksup the dust - Vaio Canvas - Surface Clone+

Staff member
Vague reference to Queen's Another one bites the dust...

Do you remember Sony's Vaio computers? Those stylish, pricy PCs that quietly disappeared when Sony sold off the brand last year? Vaio, now its own company, is returning to the US today with its first new computer. And surprise: It's a tablet.

Not just any tablet, though. Starting at $2,199, the new Vaio Z Canvas is a full Windows 10 computer with a detachable keyboard, a battery-powered stylus, and enough horsepower to run photo and video editing software as well as for creating 2D and 3D animation.

Vaio says it squeezes the equivalent performance of a 15-inch MacBook Pro into its 12-inch frame, including a Core i7 processor, up to 16GB of memory and 1TB of PCIe solid-state storage -- plus a super high-res 2,560x1,704-pixel display with a tall 3:2 aspect ratio so you can see an entire dSLR photo without cropping or letterboxing. 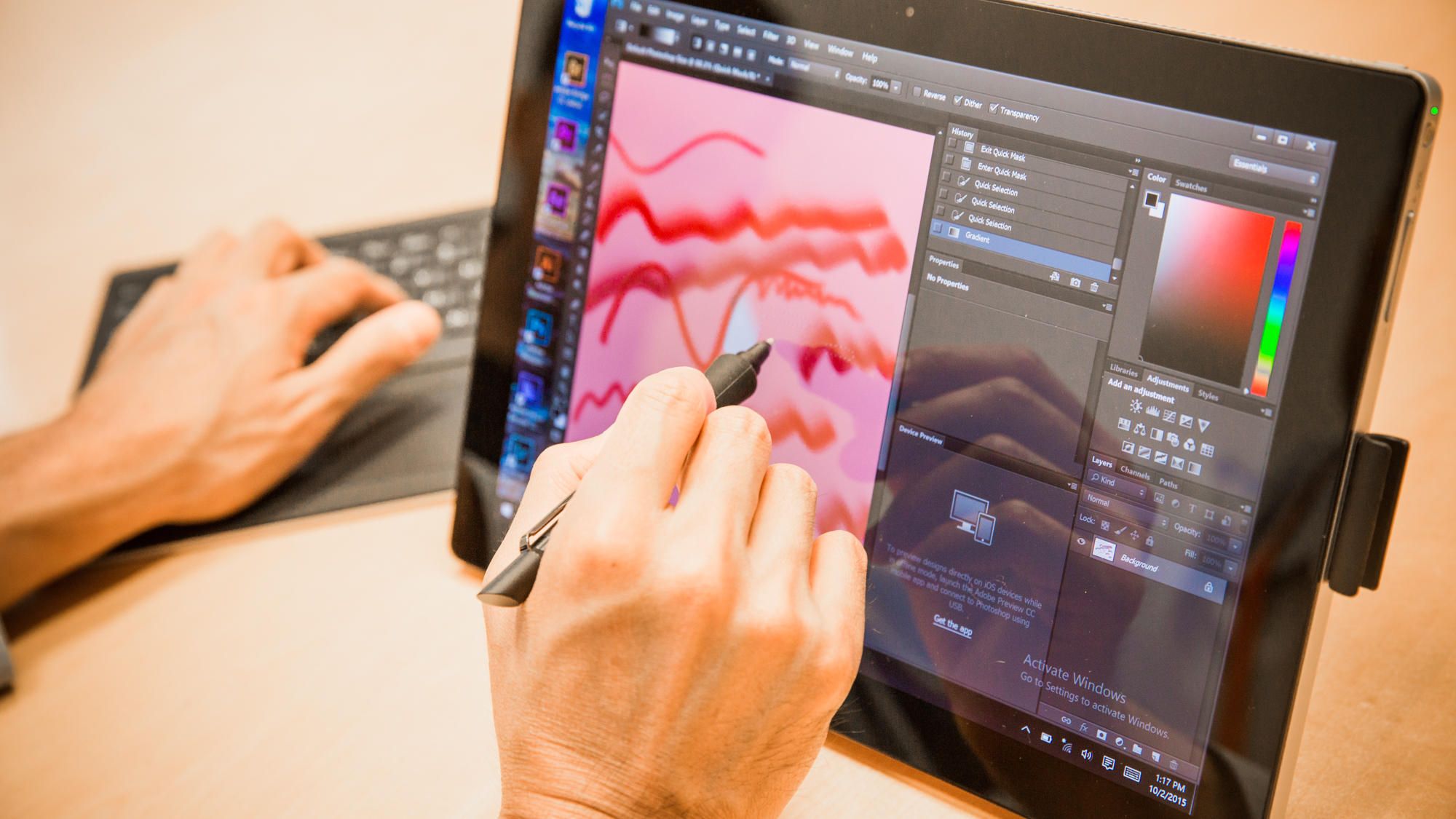 Doesn't that sound like Microsoft's Surface Pro 3? Sure -- but Vaio's new slate is laser-focused on artists. The screen is bright, vibrant and displays 95 percent of the Adobe RGB color spectrum. The kickstand's spring-loaded hinge is impressive: it opens with a single finger, yet puts up enough resistance to stay still when you press down with your finger or the included stylus. That stylus has 1,024 levels of pressure sensitivity, and the keyboard uses RF communication so you can detach it and use it to navigate Windows with one hand while you draw with the other.

(The keyboard isn't the most comfortable ultrathin slab of keys I've tested, but it's not bad. It's pretty cool that it charges just by sitting on top of the screen, a trick it learned from the Vaio Tap 11.) 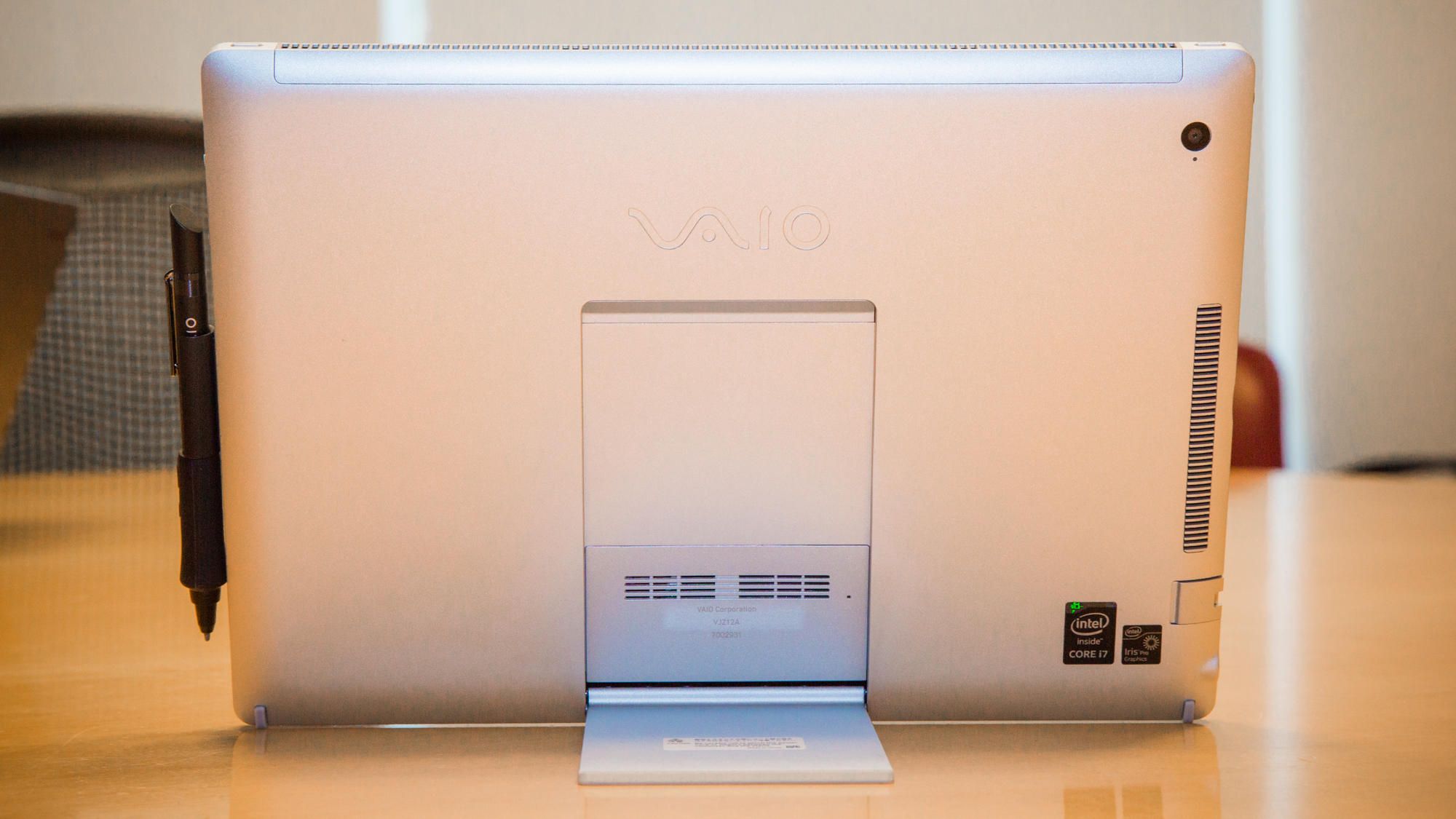 Plus, the Core i7 processor in the new Z Canvas isn't the battery-sipping one you'll find in Microsoft's Surface Pro. It's the same kind of 47-watt, H-series Intel processor that comes in Apple's 15-inch MacBook Pro, with Intel's most powerful Iris Pro graphics on tap. The tablet has three fans inside, and not just to help it stay cool: Vaio says they spin at different frequencies so that they can cancel out the noise they make.


There's even a pair of dedicated buttons on the top of the machine that can pull up a handy touchscreen menu full of cut, copy and paste shortcuts, or disable the touchscreen so you don't accidentally press anything with a stray finger while you're drawing with the stylus.

Even the build feels far more like a powerful laptop than a tablet PC: the 2.67-pound frame is all rigid anodized aluminum and tempered glass, and boasts a full array of ports too. I particularly like the full-size, full-depth SD card slot, which would let me pull pictures right off my dSLR...though I imagine some content creators might be more excited about plugging a pair of 4K monitors into the full-size HDMI and Mini DisplayPorts.

The Vaio Z Canvas is available to preorder today from Vaio's website, and soon at Microsoft Stores in the US.
Last edited: Oct 5, 2015

Not bad, but Sony's Vaio laptops have always struck me as being expensive for what you get. All these comparisons to the Surface Pro must be flattering and nerve wracking to Microsoft but it sure will keep them on their toes. They certainly have set a standard.
H

Staff member
Add more noise to cancel out the other noise. Hmmm.

I'll pass on that. Doesn't even look much good as a laptop because of that strange keyboard.

And that price. Wow.
OP
G

The Surface Pro 3 also weighs about 1.76 lbs. without a keyboard. The Canvas will push 2.76 lbs. sans keyboard.

Dual heat pipes wick heat from the Core i7-4770HQ to three fans, which exhaust the warm air out the top of the enclosure.

But now the problem is sounding like a 747 on takeoff. To counter excessive fan noise, a phenomenon the Surface Pro 3 sometimes exhibits while just browsing the web, the VAIO team said it designed the fans using blades and rotational speeds that would create noise cancellation. Essentially, the company claims, each fan cancels the noise from the others. Noise is further reduced—and longevity increased—by using fluid dynamic bearings rather than a typical sleeved or ball bearing. 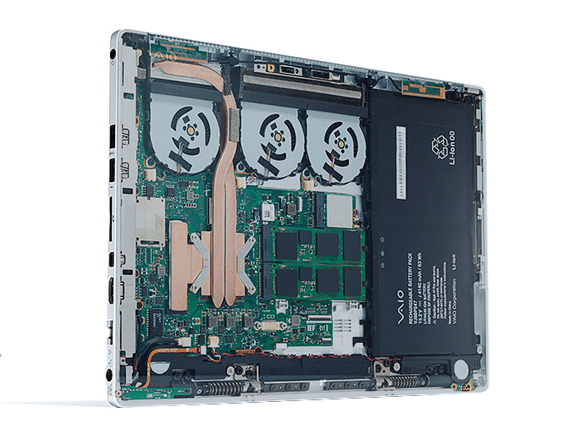 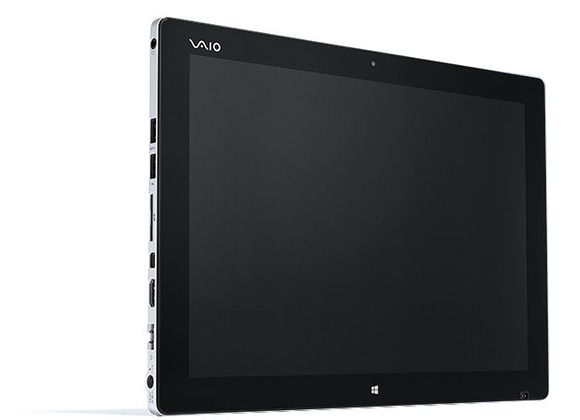 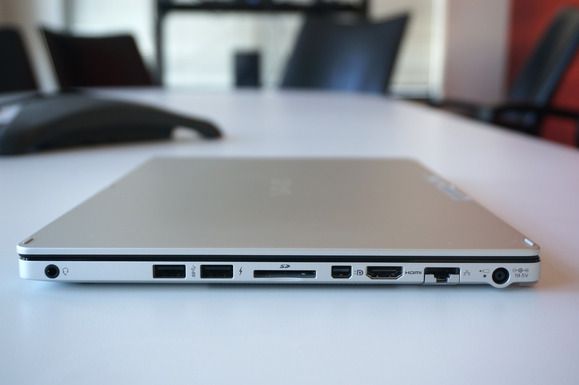 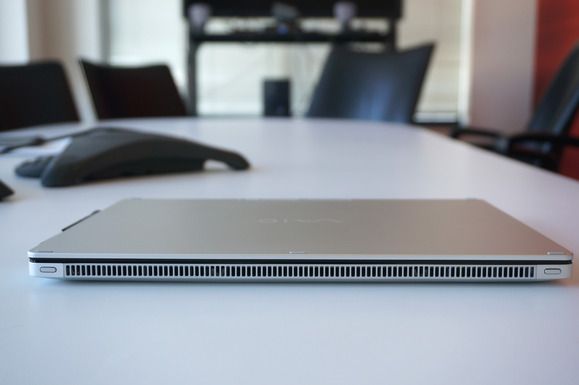 Staff member
This has some RAW "Surface Pro 1" like appeal... it will be interesting to see what they can do with a Skylake update to their Quad Core CPU and Iris Pro Graphics GT4e with 128 MB eDRAM. while the crazy pricing isn't any more crazy than the Surface Book in fact it's a hundred bucks cheaper at the 1TB level. This monster packs some serious weight though @ 2.65 pounds/1.20 kg.

Consider this the first shot across the portable Workstation class bow. you know, those 6+ pound laptops.
You must log in or register to reply here.