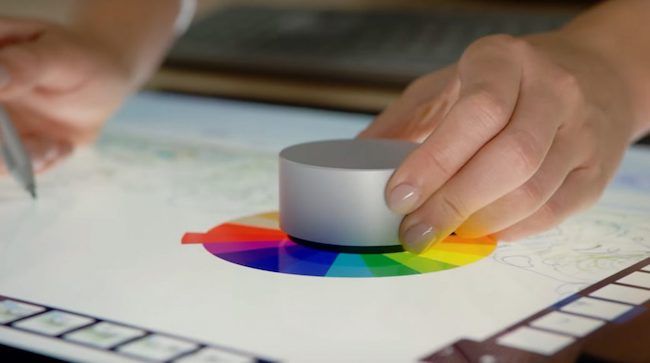 At its October 26th event, Microsoft announced a new collapsible all-in-one desktop PC called the Surface Studio made for designers and optimized for the new "Creators Update" to Windows 10. To keep you fully immersed in a project, the company also unveiled a new haptic feedback accessory dubbed the Surface Dial that puts a clever twist on workflow interaction.The device is roughly the size of a hockey puck and connects wirelessly to the Surface Studio, but it also works with the Surface Book and the Surface Pro 4.

Along with the keyboard and mouse, the touch-sensitive Dial adapts to whatever application you're working with to add a third level of contextual control.