Often I've found it's the more computer-literate that are keen about the Surface over the iPad?

Do you reckon this is the case? Is Windows RT too confusing for your everyday consumer.

Personally I'm a computer geek so I really like Windows 8 (Surface is in the mail...)

mrspidernz said:
Hi,
Just curious about what the users of this forum like in terms of technical knowledge.

Often I've found it's the more computer-literate that are keen about the Surface over the iPad?

Do you reckon this is the case? Is Windows RT too confusing for your everyday consumer.

Personally I'm a computer geek so I really like Windows 8 (Surface is in the mail...)

I'm an MCITP Enterprse Admin working for a software company. I agree that the ipad is more of a consumer device (I have an ipad3) and the Surface is more for professionals. It serves all the standard tablet needs, but also provides file system access, USB expansion, MS Office, Full Powershell access, regedit access, split screen app support, multitasking, etc.

I think that the new Windows will take some getting use to but under the new Modern UI the average user will be fine. The advantage is that Windows devices have all the goodies buried underneath that techies can get to if they want (iProducts never have the option).

I gave my mom a WP as her first smart phone and she has had no issues with it at all. I think the Windows 8 and RT products will also turn out to be like this in the long run. People who just want to do minimal tasks have the start screen and apps where they can simply click tiles. For power users all the core features are waiting beneath the simple interface.

The standard response is, "Relative to what?" It is obvious to me, on a daily basis, that there are people here whose technical knowledge far exceeds mine, yet, a lot of my friends think I'm a computer genius. Maybe that is more of a statement about my friends than it is about me. I've been using computers since before they were called "computers." I build my own computers; live alone and have a network of from 6 to 8 computers -- just because I can, and because I think it's fun. I bought the Surface RT for two reasons:
1 - I just like to try new stuff (except women) and,
2 - My hope is that the Surface RT or, more likely, the Surface Pro will replace her laptop as my Ladyfriend's travel computer.

I am comfortable with all the software stuff, including registry edits and even some stuff that I know, later, that I shouldn't have done.

I own an iPad (gift from my Ladyfriend) and an iPhone 3GS (given to me by my daughter when she upgraded). I would never have purchased either one, because it was never my ambition to have Steve Jobs (or his ghost) run my life. I use the iPad almost exclusively as a reader, and I have a "prepaid plan" on the iPhone, so I can carry it out back in case a tree falls on me.

I am running Windows 8 as the exclusive OS on my computer in my shop, and as a BIOS selectable boot on my "main computer" in the living room. I like Windows 8, but there are still a couple of my favorite programs (CAD program, for instance) that won't run on it. When they will run, I'll probably change my main computer.

I am more than average "computer literate," and I like Windows 8 and am enjoying the Surface RT. I plan to pre-order a Surface Pro as soon as the opportunity is available.

Does all that make me a "computer geek?" Yeah, probably so, at least in most social settings.

re: "Is Windows RT too confusing for your everyday consumer?"

I don't think so. I don't see it as more confusing than one's first encounter with an iPad. The "problem" with the Surface RT is that it will do so many more things than an iPad, so it is easy for one to be caught up in the multiplicity of choices. I wish my 8-year old granddaughter were here, so I could just hand it to her and say, "Go play." That would be an interesting test.

All of the above is "for whatever it's worth."

I am an older guy in my 70's and have been using computers for many years, mainly word processing, email, internet and some spread-sheet. But I am by no means all that expert. I depend on my son-in-law to get me out of trouble every now and then. I would be an average ‘older’ user.
This is my first tablet and I bought a Surface because I felt that it would be easier for me to learn on than Apple, because I had at least some knowledge of Windows 7. Also, I wanted to be able to transfer files easily and use a USB stick.
I have not found any great difficulty in getting used to RT, and feel I have learnt how to use it fairly quickly and easily to a point where I can take it to meetings and find files etc without taking hard copies. I can carry out most functions and while still learning, feel reasonably competent.
I would have no hesitation in recommending it to others and believe that anyone who is reasonably familiar with windows 7 (or earlier) use, would have no trouble in picking up RT.
"Is Windows RT too confusing for your everyday consumer?" NO!

I run a small rural pc repair/sales/all round troubleshooting business and love the surface, mine has just gone belly up - software failure and won't reinstall - and getting a replacement sent out. Luckily I know how easy it is for software to go sideways and even t--- up. Cannot wait for the new one to arrive.

Quite a few of my clients have asked about the Surface and 3 have actually bought one and are getting on extremely well with it.
Last edited: Nov 30, 2012

I am with a small company in Belleville Ont. Canada.
Been with them 18 yrs now providing client support for our Web based Enterprise LMS and training systems.
Largly multimedia based till now using Flash but in the last little while switching everything over to HTML5.

Self-taught geek since 1986...who believes in the "direct" approach 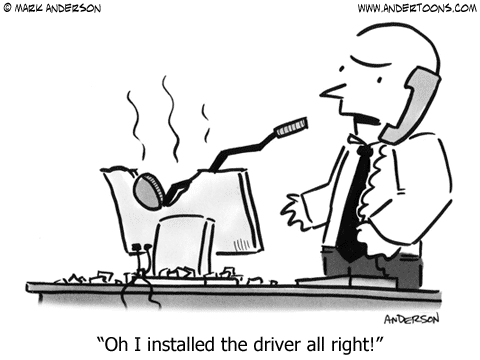 I am 66 and look after six family computers, various tablet and readers for my family and I have a desktop running Windows 8, Surface Pro, Surface RT, have just got myself a iPad 4 with Retina screen, I have a iPod Touch and a Nano, my family think I am brill at computers, I am self taught over the past 18yrs, love tech n boys toys, my son was responsible for giving me my first PC, Windows 3.1 with a massive 20meg, yes 20meg, hard drive, no CD drive just a floppy, and the operating system on about ten or twelve floppy disks, jees I just bought a flash drive with 32gig with the weekly shop, how times have changed. Jim
M

My undergrad is Multimedia/Digital Animation. My 1st PC was a Commodore 128. My first true "smartphone" was an Apple 3gs. I have Windows 7 and OSX installed on my Samsung RF10 which my SP3 is replacing. I have a Moto X for my DD, and several Android based devices pushing my 5 TV's at home. My grad is MBA w/focus on Project Management. My work title is Multimedia Instructional Designer.
G

I'm 70 and started with special purpose computers while in the Navy. When I retired went to work for a local company doing S-100 computers and programming and then on to PCs and networks. Worked both in sales, design and service as that was the way it was in small companies early on.

Now I've been a Mac user since OSX hit the streets, but recently added a SurfacePro and ASUS T100 to the list of toys to play with. And since I'm retired, all of them are just toys to enjoy.

The SurfacePro has taken over almost all of my tablet time while the iPad sits gathering dust. Well unless I need to do something that just isn't there for the Modern UI.
You must log in or register to reply here.

T
New to Surface and Forum

N
About to send my surface pro to ms for repairs, have I done all I can?