I love my Surface but if I'm honest I have issues with the keyboard - it's really nowhere near as good as Microsoft seems to think. I could go on at length here, but I'm posting in respect of one particular gripe, namely the miniscule size of the left shift key and its use in toggling shift-lock on and off.

Maybe I'm just exceptionally clumsy but I have spent many an unhappy hour editing text that was full of unintended capitals, "\" and "|" characters because my fat fingers had straddled the Caps and \| keys immediately adjacent to the tiny Left Shift key.

Last week, however, I upgraded to Windows 10 and this proved so good that I thought I'd do something about my keyboard problems as well.

Basically my aim was to disable the Caps and \| keys. However while I have absolutely no requirement for a Caps lock I do need both \ and | so I had to find somewhere to map these. I decided to put them on the right Alt key - the one labelled Alt Gr.

The mechanism for mapping keys is well-described at How to Disable Caps Lock Key in Windows 7, 8, 10, or Vista Basically you need to give the registry a binary map to over-ride the "scancodes" that get sent when you press a key. This sounds dangerous and, yes, you do need to be confident if you elect to edit the registry manually. But after a few trials (I initially just turned the Caps key off, which was easy enough), I followed the article's advice and downloaded a freeeware program called Sharpkeys. This made the job of achieving the more complex job of moving the \| key much, much simpler.

I've been using the new setup heavily over the last weekend and have saved a lot of time because my typing is now much more accurate (though if someone could suggest a way of suppressing the second capital I get when I hold the shift key down too long after starting a capitalised word like this - MArtin - I'd be very grateful!)

For the sake of completeness, a picture of my current scancode map is attached : 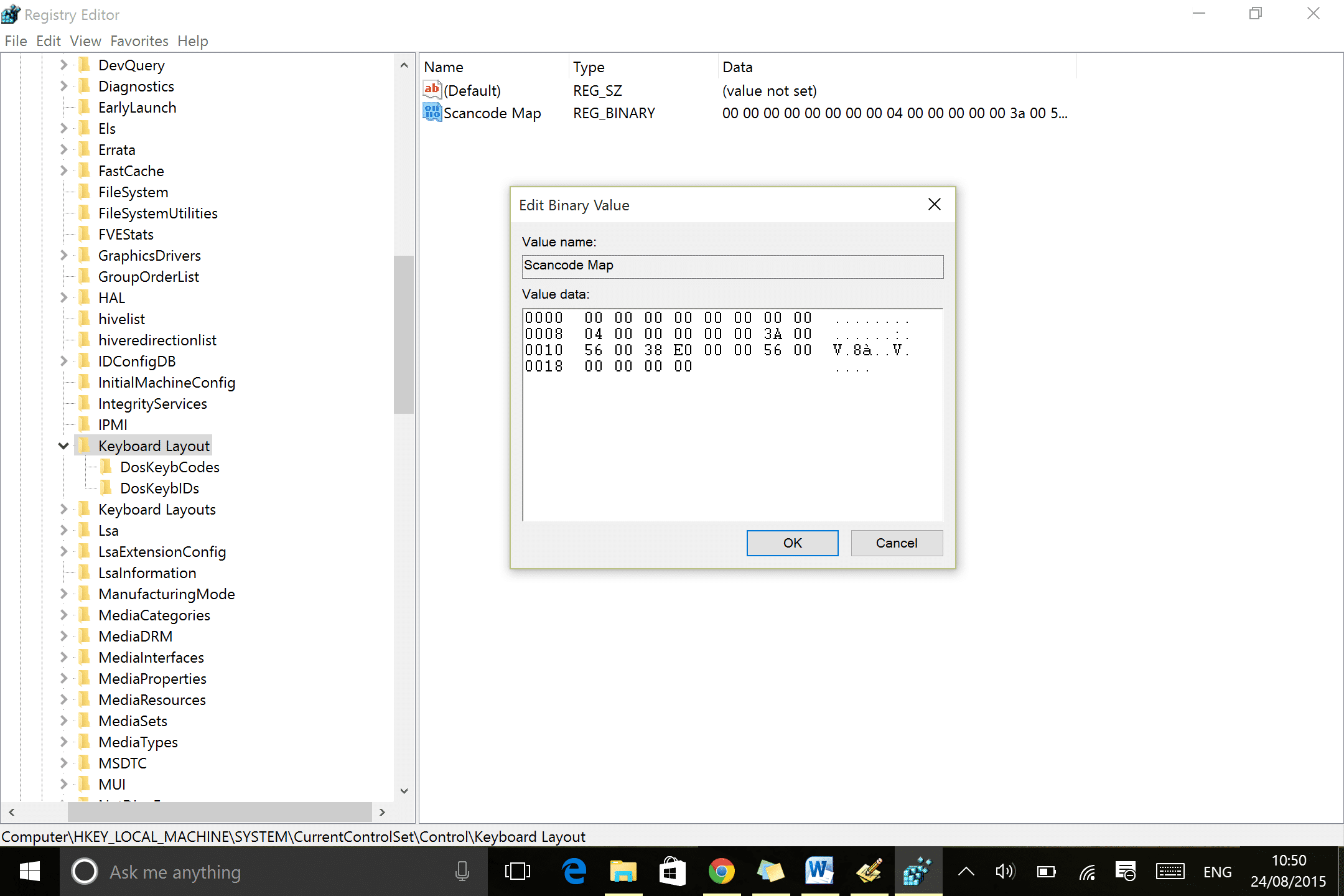