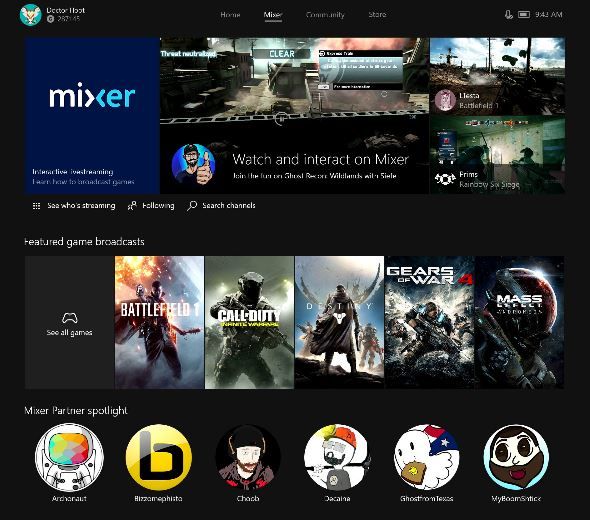 Microsoft has today announced that it is changing the name of its Beam streaming platform to Mixer.

“We chose Mixer as our new name because it represents what we love most about the service…how it brings people together,” said Matt Salsamendi, co-founder and engineering lead for Mixer at Microsoft.

Aside from the name change, the Microsoft Blog says that the platform has undergone a “big evolution,” including the introduction of some new features that streamers and viewers have been asking for.

Writing on Xbox Wire, Salsamendi said that Mixer “brings people together through the core experience and ‘special sauce’ that our fans already know and love: the ability to not just watch streams, but to also interact with streamers and play together in near real-time. In other words, Mixer is livestreaming that’s actually LIVE, compared to the 10-20-second latency you typically get on other platforms.”

Salsamendi adds that Microsoft wants Mixer to “empower gamers and everyone who wants to share their passion - whatever it may be - to create and share more easily than ever before across PC, console and mobile.”

Introducing “Mixer”
You must log in or register to reply here.

Microsoft's Livestream Going On Now, but Can't Seem to Stream

Microsoft's Cortana Voice Assistant is Coming to Android in July