PastorShaw said:
With the SP, does the Power Cover fit inside the Nixon sleeve case, or the Incipio sleeve case?
Click to expand...

It does fit into the Nixon, even with a bunch of stuff in the side pocket. I was afraid it wouldn't fit first when I looked at the thickness.
D

hh83917 said:
I just tried flipping it to the back and I get no mouse movement what so ever. I will pay attention to it when I have it flipped to the back under normal usage. But currently I do not see the issue you are seeing.
Click to expand...

Thanks for checking. I am still trying to find what triggers it. It's only in desktop mode and I may have to press the mouse pad button before I can trigger it, it seems. But definitely there. I contacted MS in the forum. Somebody is trying to help finding the issue. Maybe mine is simply faulty....

Ok, I have to press keys some keys to trigger it. Doesn't seem to have to be a specific key, anything close to the spacebar I think.
Last edited: Mar 21, 2014

Staff member
I've been using the Power Cover for a couple of days, now. Charged my SP2 and the cover completely.

- Sturdy. Seems rugged. Nice foundation. Engineering feels good.
- No flex. Comfortable on my lap, or lap table.
- Keyboard click sound. Can turn off or on.
- I am used to my SP2 power being about 6 hours 15 min.
- Power Cover added about 4 hours 10 min. more (total of about 10.5 hours).
- Not backlit.
- Felt-covered trackpad area not my favorite, but okay. Ultrathin Mouse makes up for that.

Happy with purchase. Here's some photos. (Skin referred to at http://www.surfaceforums.net/forum/.../8390-my-skinny-surface-pro-2-vinyl-skin.html) 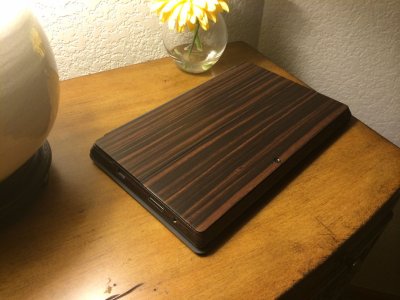 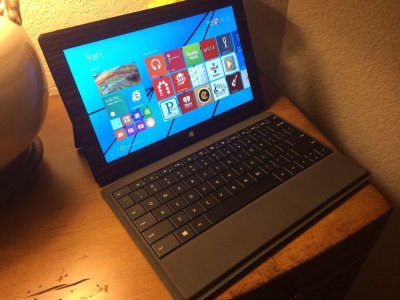 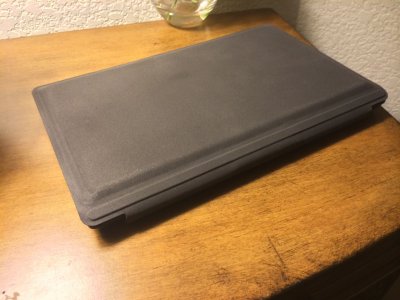 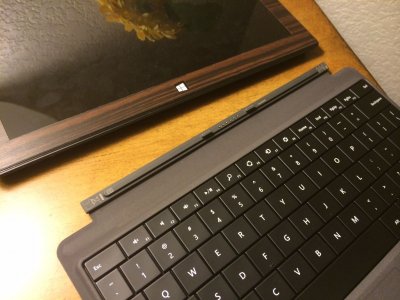 What type of tests did you perform? Heavy or light processor use?

Staff member
I used it as I normally would, normal work day:

I got my Power Cover Thursday afternoon and have had a little time now to play with it. I had a 100% charge on my SP2 when I attached it and the Power Cover showed a 35% charge out of the box. I charged the SP2/PC overnight, but for some reason, the PC only took a 88% charge when the charger turned off. I went ahead and ran them both down to 10%, then re-charged again last night. This morning they're both showing a 100% charge. From the charge that that they accepted though, they gave me about 8 hours and 30 minutes running Youtube videos.
Yep, so far I'm rather impressed, like you say though, the Power Cover is considerably thicker and heavier than the Type Cover 2. I do really miss the lighted key board, coming from a Type Cover 2 myself, but the far longer run time is really wonderful.

Here is a Desktop screenshot when viewing battery status while using the Power Cover. 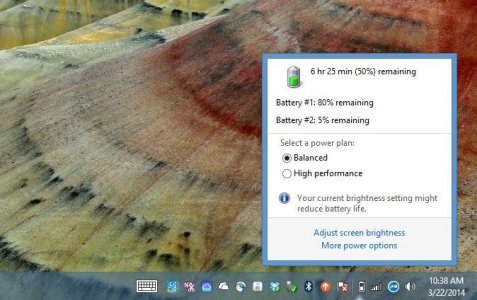 sharpcolorado said:
Here is a Desktop screenshot when viewing battery status while using the Power Cover.

Assuming Battery 1 is Surface and 2 is Power Cover? Thanks for the screenshot!

be77solo said:
Assuming Battery 1 is Surface and 2 is Power Cover?...
Click to expand...

Yes. By the way, I love that it works as a keyboard, even with no charge. Check out the line below in red.

Here is the sequence (from Microsoft Power Cover Reference:


Charging sequence
The Surface and Power Cover batteries are charged and discharged in a sequence designed to keep most of the charge on the Surface battery. Understanding the sequence makes it easier to predict how much charge to expect on each of the batteries.

Power Cover continues to charge your Surface while it is in sleep or on standby. If Surface is turned off and unplugged, or the Surface battery is completely drained, it can’t detect the Power Cover or draw power from it.

If the battery on the Power Cover is completely drained, you can still use it as a keyboard.

Battery discharging charging sequence
How charge is transferred from Power Cover to Surface.

How much charge do you have?
You can check your charge two ways:
•Check the battery icon on the Start screen for a weighted average of the two batteries.
•For detailed info on your battery levels, open the Desktop and tap or click the battery icon in the tray. This lists the charge on each battery.

Tap or click the battery icon in the desktop tray to see the charge on each battery.
Last edited: Mar 22, 2014

Staff member
Today, I watched a couple of movies via iTunes on my Surface Pro 2 out on the deck, using with the Power Cover. Sent sound to a Bluetooth Jambox. Brilliant.
Near the end of the second movie, I walked indoors and had the SP2 stream to an Apple TV. Wonderful.

Okay, so before I had the Power Cover I also did this for ONE movie. But it kinda ruins the enjoyment when I'm worried about battery power or portability, and keep checking the battery life.

My value for the SP2 has gone up greatly in just two days.

Here is a screenshot of my SP2 while streaming to an AppleTV: 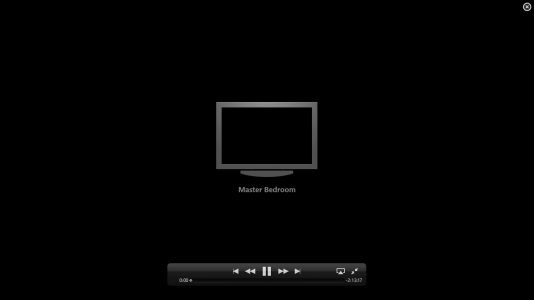 jnjroach said:
I used it as I normally would, normal work day:


My test also included a 3 hour meeting connected to a Wireless Display.
Click to expand...

Thanks!
You must log in or register to reply here.

B
Reverse Scrolling Can't be Turned on with Touch Cover in Windws 8.1

M
Type Cover 2 pops off when folded back
2