I like the packaging. Heavy box. All the seals have pull tabs for damage free opening and removal of the product. Tablet itself is completely covered in plastic.

The keyboard magnets are strong, and "snapped" the cover into place without me having to fiddle to get the contacts right. The keyboard is wonderful. Much easier to use than a virtual keyboard. Set-up is identical to Windows 8.

After set-up my Start page had all my settings from my 8 install, including my Facebook updates and desktop settings. 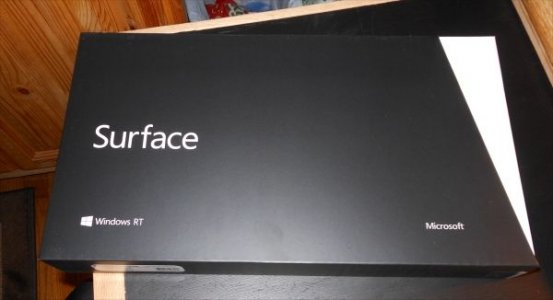 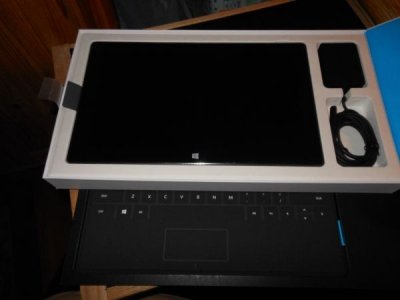 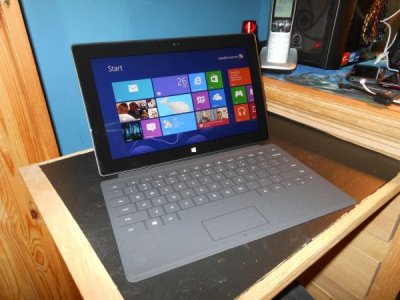 Nice pics, thanks for sharing.
OP

Biggest Surprise: No USB charger. Am so used to them now that I just assumed it would have one, lol.
OP

Okay people... read your instructions. I about lost it trying to find the SD card slot, lol.

Ecnad said:
Okay people... read your instructions. I about lost it trying to find the SD card slot, lol.
Click to expand...

Ah come on didn't you read the reviews?! It is right there under the kickstand and clearly not labeled in any way

Ecnad said:
Biggest Surprise: No USB charger. Am so used to them now that I just assumed it would have one, lol.
Click to expand...

This was a big disappointment for me. Don't want to be lugging around another brick, even if it is a smaller one.

i wonder if the pro and rt use same charger, i intend to get a pro as my work computer so that will gime two chargers, though half the idea is you dont need to charge.my rt will pretty much be an at home computer once the pro arrives, as all my wife uses is office and a browser.

Pro should have a 48W-Charger. (See datasheet)
C

One thing that made me very happy was no junk software came pre-installed.

That was what I always envied Mac users for.

Seems like every new PC I have bought had dozens of junk and trial software pre-installed and I spent the better part of an hour removing the software I did not want and cleaning up registry, etc.

Yeah, was amazed to see an empty desktop with no crap on it.

My thoughts are, after owning the surface for 24hrs;

It's a great tablet, and pretty speedy - when the apps are open - but the apps them selves are sluggish to load. (Software Problem?)
I downloaded a game called "Snook!" and was VERY choppy, practically unplayable - Again this could be a software problem, it does have a QC under its hood.
Whilst using the tablet in desktop mode, the desktop windows manager takes up a lot of resources making the tablet slow.
Whilst using the tablet in bed last night I noticed the accelerometer to be very twitchy, and often rotate the screen with just a very slight tilt.
Other than that, its a great tablet and I think all the problems can be solved, and will be solved in future software updates.
C

You can lock the screen orientation by pressing Windows + O as far as I know.
You must log in or register to reply here.