Hey guys, I was just browsing Reddit and this guy posted saying he called the Microsoft store, who said:

But they said that--for sure--I will not be able to exchange my Surface Pro for a Surface Pro 2 even if the Surface Pro 2 is launched. They did say, however, that they will--for sure--have a trade-in program where I can pay the difference.
Click to expand...

Link: Tripped and broke the kickstand on my Surface Pro. I have Microsoft Complete. What should I do? : Surface

If this is true, then that is definitely good on part of MS towards its existing users.

However, I am guessing that most of the non-Microsoft warranty programs will not transfer over, if people decide to trade in.
D

That's big news. Only thing now is how much credit will they give me for my 128gb surface pro that's still basically brand-new. About 3weeks and a few days old.

More details will come out once event is over.
D

Ill call MS store in my area today after work to confirm this.
D

Doesn't best buy have trade in thing also? That's where I actually got mines from.
P

demandarin said:
That's big news. Only thing now is how much credit will they give me for my 128gb surface pro that's still basically brand-new. About 3weeks and a few days old.

More details will come out once event is over.
Click to expand...

You should go and return yours for a full refund, rather than trade it in at a loss
OP

presidentk1 said:
You should go and return yours for a full refund, rather than trade it in at a loss
Click to expand...

You can't. MS has a VERY strict return policy of 14 days. One day over and you're out of luck.

If it were true:

If it were false: 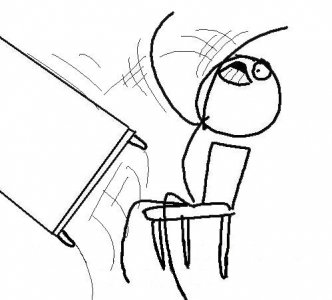 this would be very smart of them. I thought they were going to stiff us by holding the powercover until late in the year, but if you can do an paid upgrade on the hw tht's awesome
D

Lots of people seem to be exchanging theirs for a brand new unopened one if they have extended warranty then reselling it for ~$700.
G

This thread is misleading. This is not a trade-up program. This is for MICROSOFT COMPLETE WARRANTY CLAIMS ONLY. If your Surface Pro bites the dust and you make a warranty claim, they will replace your SP with another SP unless you pay an upgrade fee to the SP2.

Still, sweet deal though as I have the MS complete warranty and I want to upgrade. I'd much rather exchange it and pay the diff rather than deal with selling it.
D

OK, I just called and got some good info. As far as they know there is no surface trade in program so far. BUT they have a general trade in program anyways. So you can take your surface in and have it evaluated/appraised on value. Then if you like the amount, you get it on a giftcard. Which then can be put towards the new surface. This goes for any surface, whether pro or RT. So that's good. I think they also factor into the value on if device is wiped or not. If they have to go in and erase stuff to free storage, u might get less.

Glad I called. So we have options either way.
You must log in or register to reply here.

B
Any Surface RT Exchange deals?