The way the pen/stylus attaches to the PRO is now .. at least for me solved.

I glued three of these to the side of the magnetic power plug. Now, when the plug is in place, I simple let the pen/stylus adhere to the power plug.

YOU NEED: three magnets, clear packing tape, a backed razer blade (as in a box cutter), some toothpicks, GOOP adhesive.

1. To do this I took three of the tiny magnets and lined them in a row. It is important to rotate them so they attract each other..
To keep the alignment I adhered the row to to a strip of clear packing tape.

2. I then inserted the plug into the Surface with the LED pointing up. (That way when powere3d I can see the LED.)

4. Remove the tape and magnets. You might want to move the magnets to a fresh strip of tape.

5. Apply a small amount of adhesive (I used GOOP) to the exposed side of the magents, Keep the amount of GOOP small .. I recommend no more that the volume of the magnets themselves. The amount of GOOP is important because you d not want any getting into the plug orifice on the Surface.

a. Press the magents firmly aganst the plug and square with the place where the plug enters the surface. This will express the excess GOOP.
b. adhere the tape to the front side, making sure to make a right angle where the magnets, the plug, and the surface meet. The top of the magnets will not be adjacent to the plug because the surface plug is curved. The gap should fill in with expressed GOOP.
c. Complete attaching the tape to the plug and Surface being careful not to disrupt the right angle whyere the magents. surface and plug meet.

7. Allow the GOOP to set over night. Remove tape. Use a single edged razer blade to remove excess dried goop. It may help to run the blade along the right angle where the magents meet the surface.

8. Carefully prie the plug free. I do this from the top where the LED is. The plug should easily come free.

9. Use the razer and or a tooth picke to clean of any excess GOOP attached ot the Surface. You can fo the same to clean up the plug.

You can now plug in and the len will attach to the front of your Surface.

I also added a magent to the other edge of the surface. Thsi ne is bigger, about 1 cm, and round. I use it as a sort of pen well,

If folks want, I will post some pix. :cool2::big smile:

I'd love to see a few pics of this!

I found a much easier way to deal with the pen.

Arizona Willie said:
I found a much easier way to deal with the pen.

Did you get a different pen to use, or are you saying that using a pen (in general) is useless for you? I, for one, love having a digitizer pen. 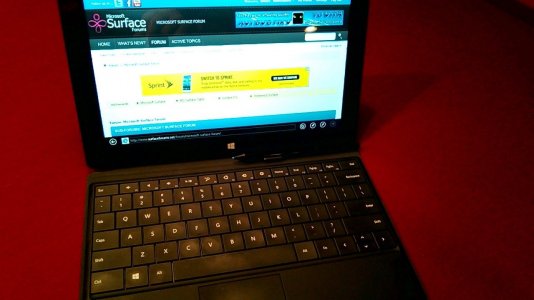 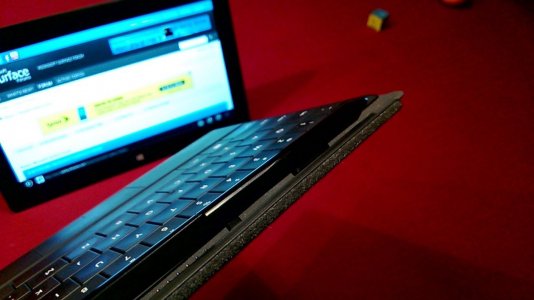 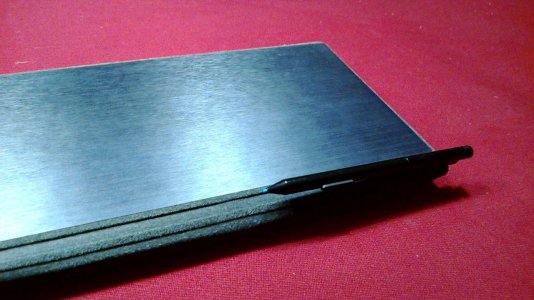 clipped while closed. You can also clip the pen on the cover when you are charging it fits right above the hinge that attaches to the surface or if you are charging or even using the tablet w/o the cover and not using the pen, ---- the pen will magnetically stick to the magnet on the hinge of the cover when not attached. or you can throw it away. Edit: added pictures. this is what i do while charging or while using in tablet form w/o the keyboard. And i also use the magnetic chrging port to hold the stylus. While carrying the SP in a bag i use the bags built in pen loop- most bags have these. I did not have the charger with me during the pix's
Last edited: Apr 18, 2013
W

Just get one of these 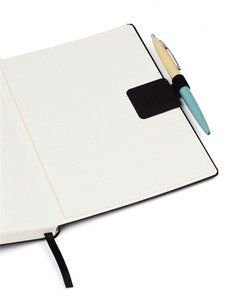 "the pen will magnetically stick to the magnet on the hinge of the cover when not attached."

When I figured this out I was really happy for the rest of the day.

curney said:
"the pen will magnetically stick to the magnet on the hinge of the cover when not attached."

When I figured this out I was really happy for the rest of the day.
Click to expand...

Just buy the adhesive loop for a few bucks and be done with it. It works perfectly.
OP

go to this link to see the pix 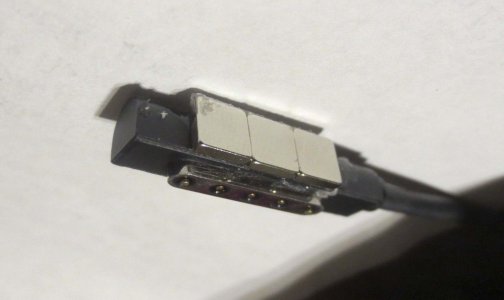 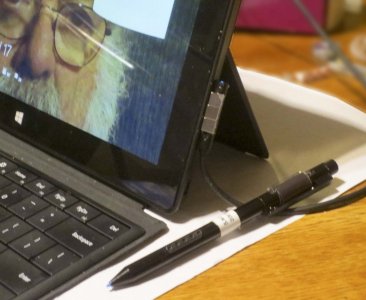 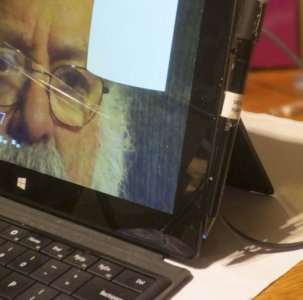 BTW tried uploading jpegs from my PC .. got a screen full of code. Here is the link where I out the pix.

Oh .. and for those who think sticking the stylus on the keyboard is a good idea .. good luck to YA.

Same luck to those who do nto use the stylus. Sure if all you do on the pro is type .. get an RT! I take notes with mine in OneNOTE and intend installing Adobe Acrobat PRO as well. ...good luck to YA as well.

I like this as well
Amazon.com: Leuchtturm1917 Self Adhesive Pen Loop Notebook Accessory: Office Products

but it does no keep the pen handy when I am writing with it.
OP

see my message with pix. Tx.
You must log in or register to reply here.

How to overcome bouncy keyboard syndrome...

H
Part came off of Surface 4 Pen? Does it matter?

How I solved my SDCard unmounting problem...