I just got a Surface Pro X and absolutely love it. But I've ran into a problem. Maybe you guys can help me out.

My big reason for buying the Surface Pro X was so I could cancel my cable internet and go completely cellular -- completely mobile. Between my T Mobile tablet plan and my ATT phone plan, data limits shouldn't be an issue. The cost is about the same and the speed is as good or better. However, I discovered a problem. I can't stream from the cellular connection to my Chromecast.

I assumed that if my tablet was connected to the same WIFI as the Chromecast that I could stream music coming over the cellular data connection to the Chromecast. But no dice. You can only stream if the internet connection is via the wifi connection.

So, do any of you guys know a way around this? Other then Bluetooth? Audiocast makes a wifi streamer. I wonder if that would work? It uses a completely different set up that Chromecast does. It uses DLNA, whatever that is. Probably would have the same issue. I may have to abandon the blazing fast LTE internet idea and go back to the slow DSL that the media monopoly that controls all wired connections in my neighborhood allows me to buy.

Staff member
DLNA is a media sharing protocol which should work. Your library is accessed via internet addresses, and may be stored locally or on a DLNA-enabled cloud. There are many of these services available.

About your main complaint: Mobile devices are considered the end-of-the-line for streaming. This distinguishes them from file servers. It is for this same reason that mobile devices do not provide cloud storage, which would make the mobile device a file server. In general, file servers are 24/7 devices.

You could probably pay for a music subscription to Apple or Amazon or Google for cheaper than keeping your cable internet. In effect, these services use the equivalent of DLNA to stream directly from a file server (such as Apple) to your end-device (computer or mobile).

I have my own DLNA server set up. But I rarely use it. I personally am an Apple Music and Google Play subscriber.

I hope this helps.
OP
B

Thank you for your response. It was helpful.

I can stream fine to the tablet from the online service. The problem is: getting the music from the tablet to the stereo. When I was getting my internet via my Wi-Fi connection it wasn't a problem. Maybe I need a way to get the cellular internet connection via the router (the same one the Chromecast is on) rather then directly to the Surface? But that would defeat my attempt at greater mobility.

This is a big disappointment. I was looking to simplify and declutter. Not add more fickle technological contraptions.

I suspect the only solutions are:

You know, it was kind of nice not so long ago to just walk in the apartment, push a button, and get music.

Staff member
You could get a higher fidelity Bluetooth, such as the AKSONIC BRX0 HiFi HD Bluetooth 5.0 for Home Stereo. I purchased one a year ago and find it to be superb for classic jazz.

Standard Bluetooth does not respect better digitization of tracks, and therefore has poorer reproduction. But this HD unit streams with fidelity good enough to use your equalizer. 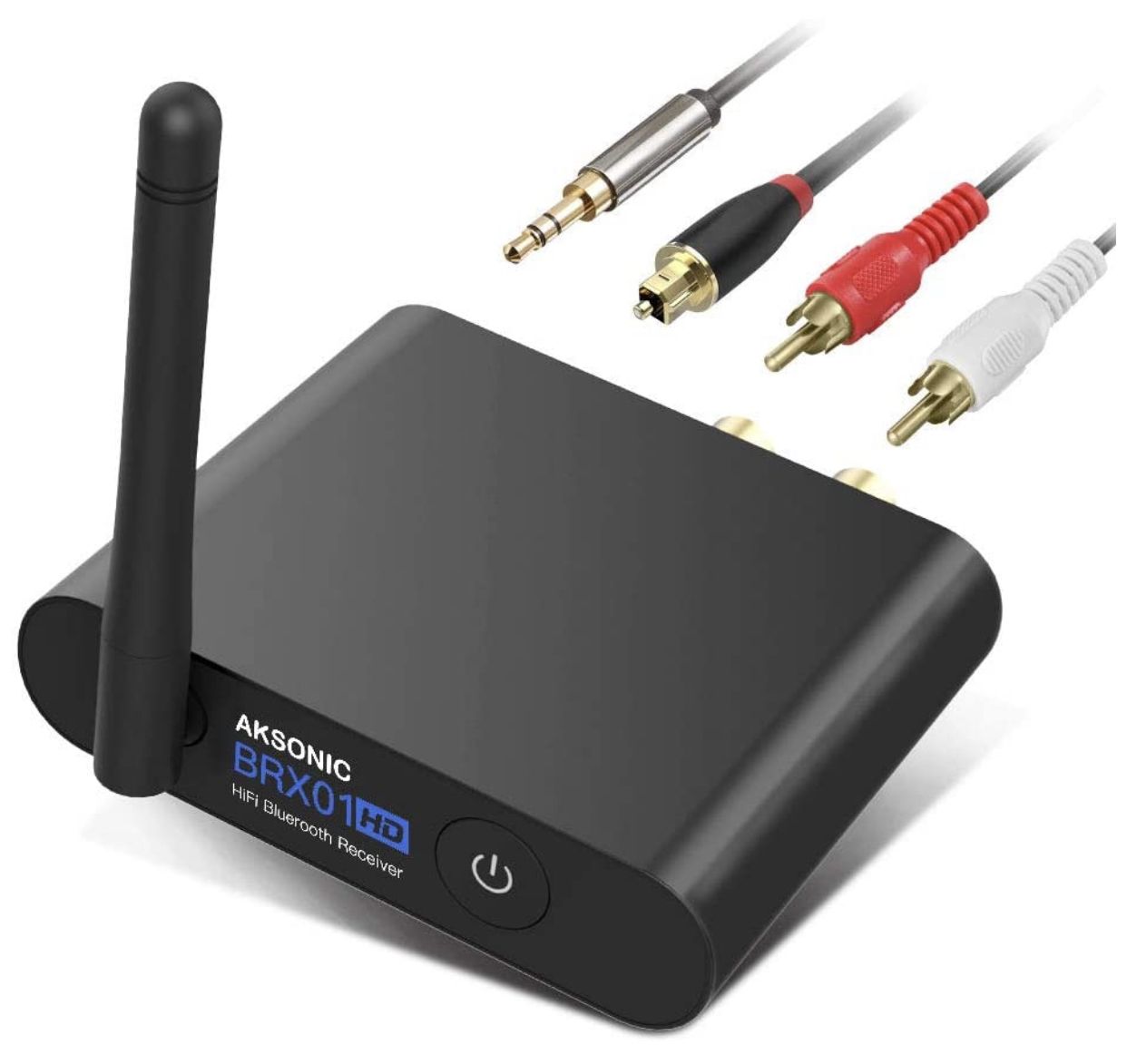 I'm gonna try that. If that works I'll really be able to declutter.

Bianca said:
I'm gonna try that. If that works I'll really be able to declutter.
Click to expand...

I figured out how to do it. It took a girl to figure it out. But hey, why not?

When the Surface mobile hotspot is turned on that creates a Wi-Fi network. The Surface is essentially acting as a router. So I set up the Chromecast on the Wi-Fi created by the Surface hotspot. And now it is streaming fine. It worked both for the audio Chromecast and for the Chromecast connected to the TV. At which point I completely dismantled my old Wi-Fi network -- and felt strangely free -- no more cable company. It's all cellular now. I envision a time when LTE 5G 6G, whatever they call it, will make home Wi-Fi obsolete. Smart devices will connect via Cellular.

I'm still gonna try the Bluetooth gadget. If it produces satisfactory sound, and I think it will, that will be a much easier solution -- no need to turn on a hotspot -- one less layer of technology to deal with. I see Google has stopped building the Chromecast Audio gadget, so the writing is on the wall. With the new Bluetooth abilities, casting audio via Wi-Fi is pretty much obsolete.

So the decluttering is going great. Now if I could only get a printer to work with the Pro X. I rarely print anything, but when I do I have to get out the old laptop to do it. But that's another thread.
You must log in or register to reply here.
Share:
Facebook Twitter Reddit Pinterest Tumblr WhatsApp Email Link