Does anyone have a screen flickering issue?

Apart from all the software issues I've had with Windows and my Surface(s) I've never had any hardware failures yet with the SP4, but I guess a lot of people are having this issue:

We are 1600+ customers who lost $2.5+ Millions due to faulty/defective Microsoft Surface Pro 4 devices

Staff member
I have 130 SP4s deployed - none have shown this issue...
H

macmee said:
Apart from all the software issues I've had with Windows and my Surface(s) I've never had any hardware failures yet with the SP4, but I guess a lot of people are having this issue:

We are 1600+ customers who lost $2.5+ Millions due to faulty/defective Microsoft Surface Pro 4 devices

Why doesn't Microsoft just replace their devices?
Click to expand...

I had the problem with my device when it's about 1 year old. Microsoft replaced it and it has been working without any problem so far. The replaced unit's fan is more audible than my previous one but I am fine with it.

Hi,
my screen flickered a lot. I noticed that the back of the SP4 was very hot. I suspected that some dust had collected inside. So I took a small vacuum cleaner and held it to the air vent openings of the SP4.
Since then the screen isn't flickering any more.
Worth a try!
Otthein
H

Mine flicker a lot. The last time (monday) I search the Microsoft site and found the suggestion to install/run Surface Diagnostic Tool. After doing that, the screen stop flickering BUT my Type Cover stop working.

Wonder if this is one of the many Skylake flicker issues, rather than Surface Pro problem per se.

Certainly my i7 is fine. Also some low power modes have caused flicker on Skylake chipsets. Does flicker happen on battery and power? What about if you crank up the brightness?
I

Mine did not flicker. Within around three months of acquiring the SP4, I noticed black horizontal lines across the top part of the screen (essentially striking out title bars). Then the WHOLE screen display might ghost previous rendered frames. If I was watching a video at that time, it's practically unwatchable since the ghost image of past frames would paint themselves all over. I sent that unit to Microsoft support and got a replacement.

Then late last year, the same thing happened to this second unit. From my observation, it seems like the graphic chipset doesn't deal with heat very well. When those misbehaviours happen, the computer's already running pretty hot on the top panel behind.
K

Mine is so bad I have had to stop using it, displays fine on external screen but thats no good for a mobile device 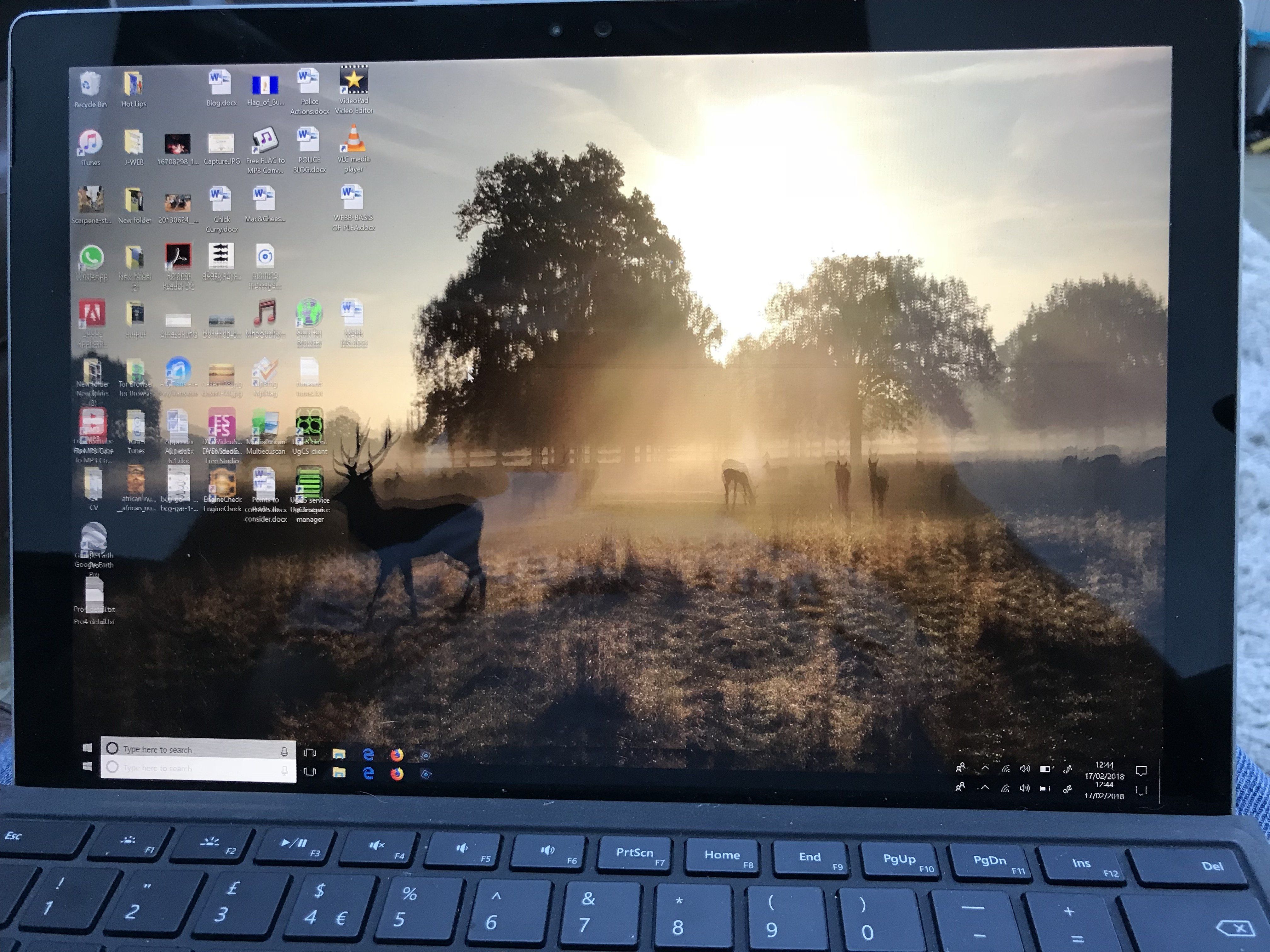 It seems there nobody on this planet who knows how to fix this, I would take it to MS but we don't have anywhere in the UK, so the machine is pretty much junk, real shame as it was awsome, very poor quality of service from MS, Have now replaced my SP4 with a Thinkpad X1 which turns out to be a far superior machine

No issue with my surface pro 5.
You must log in or register to reply here.