My Thoughts On the Surface Pro 2

Microsoft Just Doesn’t Get It!

Format your friggin posts instead of writing a wall of text. Otherwise just don't write it at all.
G

Your lucky you got out while you can. Mine didn't start having major issues till after my return period was up...

Trust me I wish I could get all my money back lol..... It's true about the stores tho, Microsoft copied the hell out of Apple store but the service you get in store is much different...
K

Wow for someone with the technology background you have you don't seem to have a lot of tolerance.
P

Although you may have had a bad experience and nothing can invalidate that, as far as I can see, it seems that you had a mix of not doing thorough research and meeting crappy store reps. What indicates that you didn't do enough research was that you picked the wrong VGA adaptor. For someone who is apparently so familiar with computer technology, that's a pretty noob mistake to not even know what output port your device has nor to just order the adaptor associated with the product that you ordered from the website (or perhaps it was the site's mistake to pair the wrong adaptor with it? Definitely not the Microsoft Store's website). Having now seen videos of how the docking station works (the first 3 minutes of this video for example: [video=youtube;cpkAQmoyOGI]https://www.youtube.com/watch?v=cpkAQmoyOGI[/video]), I'm inclined to agree that your docking station was defective or else that would make you the most incompetent person ever which I'd rather not think. The Microsoft reps should have taken better care of you or at least emailed you an appointment confirmation so that you could reference that for both your and their benefit.

Sorry that you had a bad experience. I, on the other hand, will be enjoying my ultra portable power behemoth of a tablet.

EDIT: I don't know how things are in America, but I have had nothing but great experiences with the Microsoft stores in Toronto, Canada. The Yorkdale Mall store tends to be bustling with people and the staff that I've encountered have been fairly helpful. I just exchanged my old Surface Pro 2 that I bought in December for an upgraded SP2 today purely because of the new processor and did so with no hassle. The store rep helped me reformat my old unit and did all of the paper work pretty efficiently. Every store rep was engaged with customers. Maybe we're just friendlier in Canada!
Last edited: Jan 8, 2014

I think the OP is an apple secret agent... lol 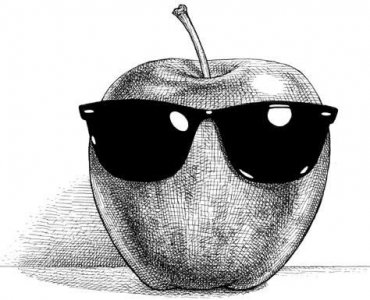 Personally I don't think it is worth getting the dock.

Get a Bluetooth keyboard and mouse for work in front of your monitor.

Great for work and play
R

OP's post was way too long. Brevity apparently is not one of his strong points.

Sounds like you had some bad experience with the Microsoft store in your area. Based on what you've written the surface pro is what you need and wanted you never mentioned the actual device failing your needs. I'm a first year college student and use my surface for everything and its wonderful to have since everything I do on it I save to Skydrive and when I get home I can access everything from my desktop (I also have a windows phone and your right about that too it all synch beautifully if done right). I feel like your complaints are more so with the store you went to, and while it is true that a company need to start with its customers, you've also failed to see how great of a product your surface truly was, while you argue that Microsoft won't matter in the future I argue the opposite, they're trying to change and be innovative to an extent, it hasn't truly worked yet but I give them credit for trying. In fact I belive that in the future apple, that store you complimented on your post, will loose power, they're just not that innovative, I applaud them for putting high specs on their products but it seems that lately they've had to play catch up to the likes of other companies, Samsung comes first to mind. I hope whatever products you choose to find in the future you have better lick with, it truly is a shame you had to have this bad experience that turned you away from a great product like the surface family.

Seems a bit extreme to give up on the 'perfect' product so quickly and return all of it, maybe that's just the culture in America? In the UK we pretty much just shut the hell up and get on with it as long as it's literally not falling apart

Must admit though, this bit made me laugh...

This story doesn't exactly make sense. You bought a dock from Best Buy and had a problem with it. You called MS and were apparently still within the return period for Best Buy (I am assuming this because you got your money back). Why not just go into Best Buy and get a replacement dock from them? This seemed like the easier route, worse comes to worse you find out that it is a problem with the Surface itself and have deal with that, but at least you know what the source is.

Second, service appointments often do not happen on time. You have can often run into similar issues with Doctors, barbers, Cellphone companies, cable/ satellite, ISPs, etc that have similar issues, even Apple stores. Sometimes their work takes more people or more time than anticipated, I don't see why you could have not waited for a free technician.

Oh well, good luck with whatever technology ends up filling the void that Microsoft has caused in your life... the grass (or Apple) is always greener on the other side.

kayzee said:
Seems a bit extreme to give up on the 'perfect' product so quickly and return all of it, maybe that's just the culture in America? In the UK we pretty much just shut the hell up and get on with it as long as it's literally not falling apart

Must admit though, this bit made me laugh...
Click to expand...

From personal experience I think the Americans are sometimes over patriotic and frequently forget that they're not the only country in the world, but I don't think it's the American way to give up on a product as quickly as the OP has.
You must log in or register to reply here.

S
Will NOT sleep when in docking station, Windows 10 Surface Pro 2 External monitor