I am looking for a good tutorial for using OneNote on SP3. I am trying to take a picture from camera roll into OneNote , write on it and then put it back into the camera roll so that I can upload into a forum thread.

Gary Dietz said:
I am looking for a good tutorial for using OneNote on SP3. I am trying to take a picture from camera roll into OneNote , write on it and then put it back into the camera roll so that I can upload into a forum thread.
Click to expand...

So you are specifically trying to do this in OneNote? I only ask because there are other ways of marking up a photo besides OneNote. But if so, that's fine.

1. Use File Explorer to get to your photo
2. Right-click, Open With Paint ('h' key to select "Open With" after right-clicking, if desired)
3. Mark it up
4. Close (Save)

A nice feature of Paint is that even after Saving a file, the Undo function still works. So if you make changes, then accidentally Save, you can Undo, and Save again. 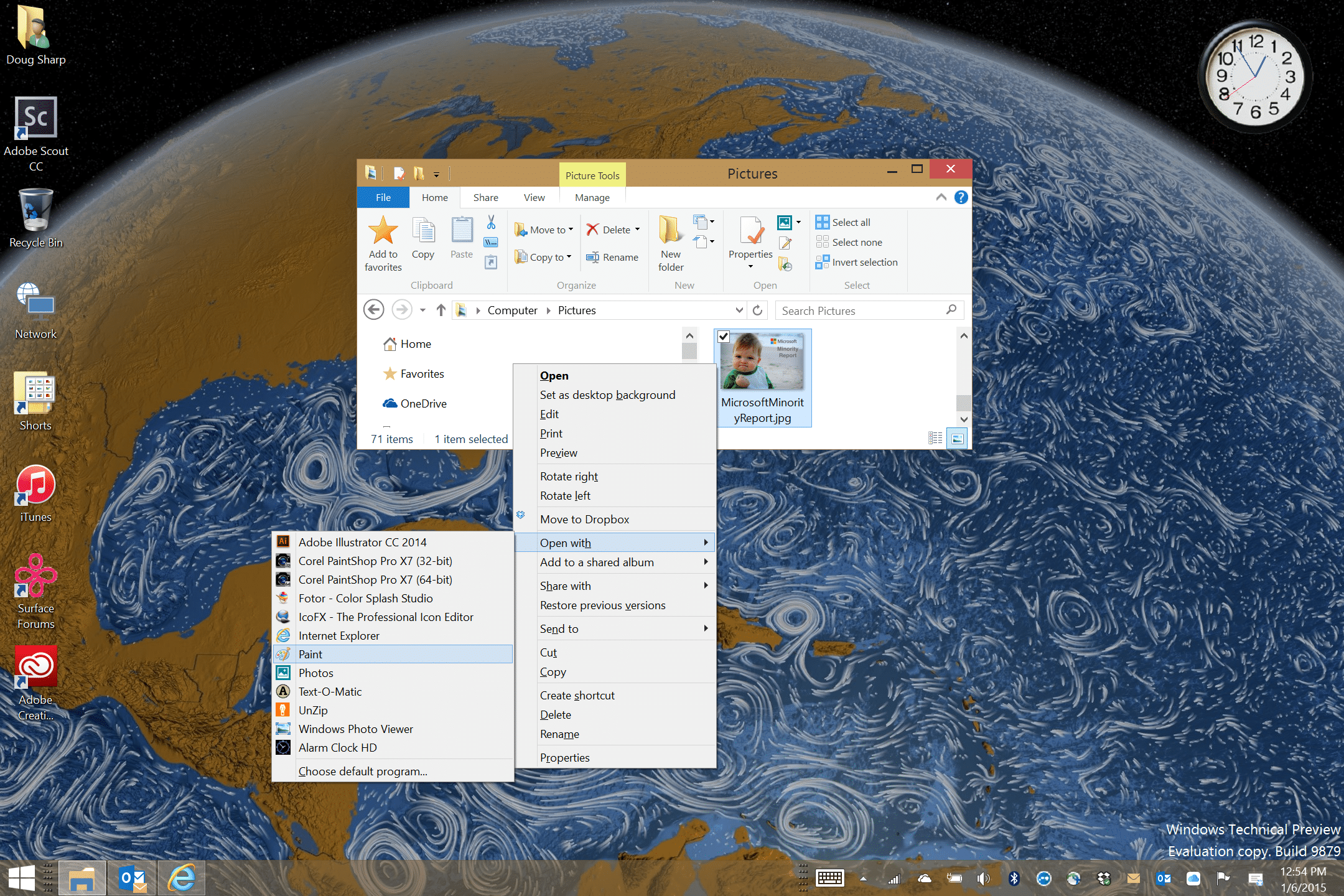 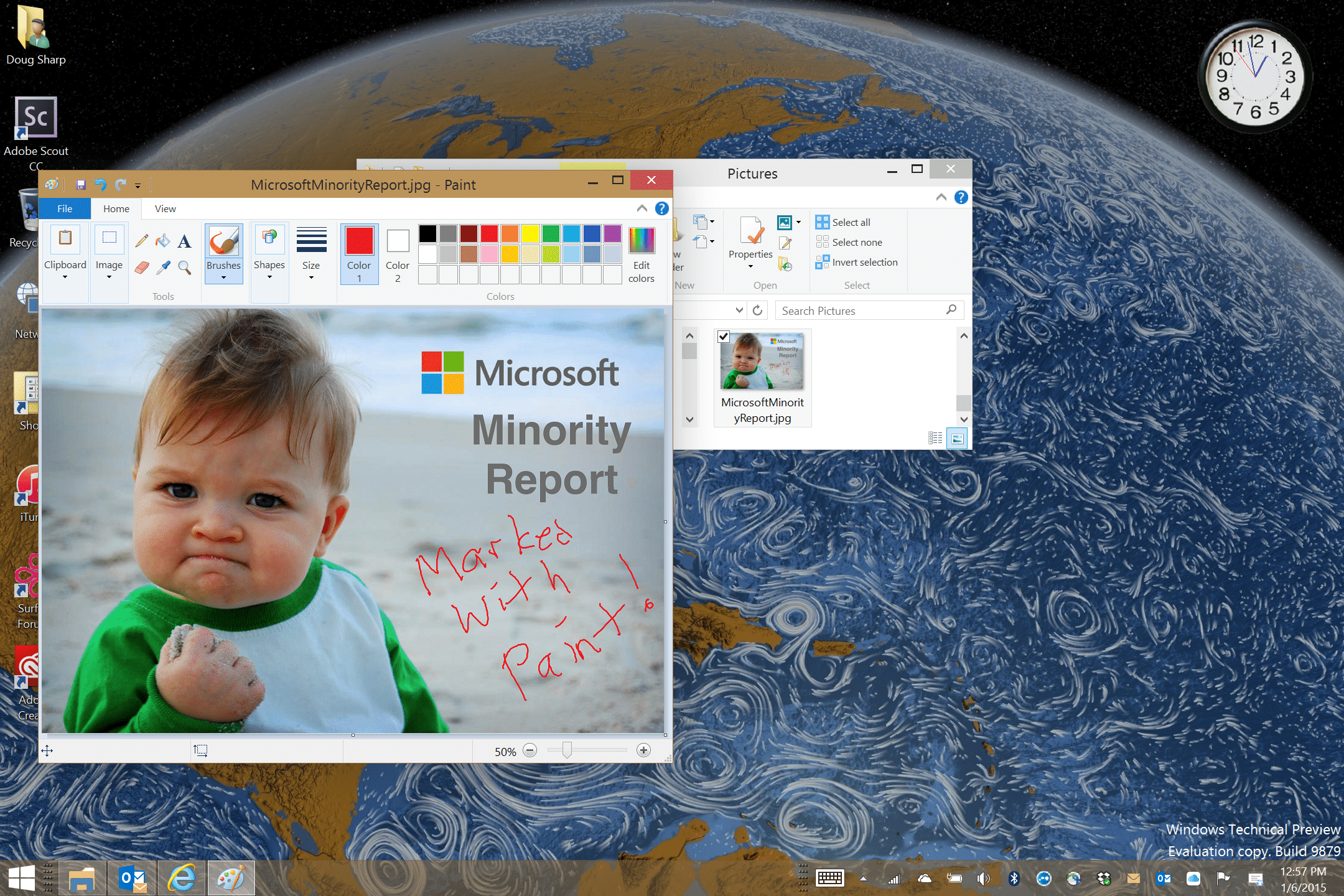 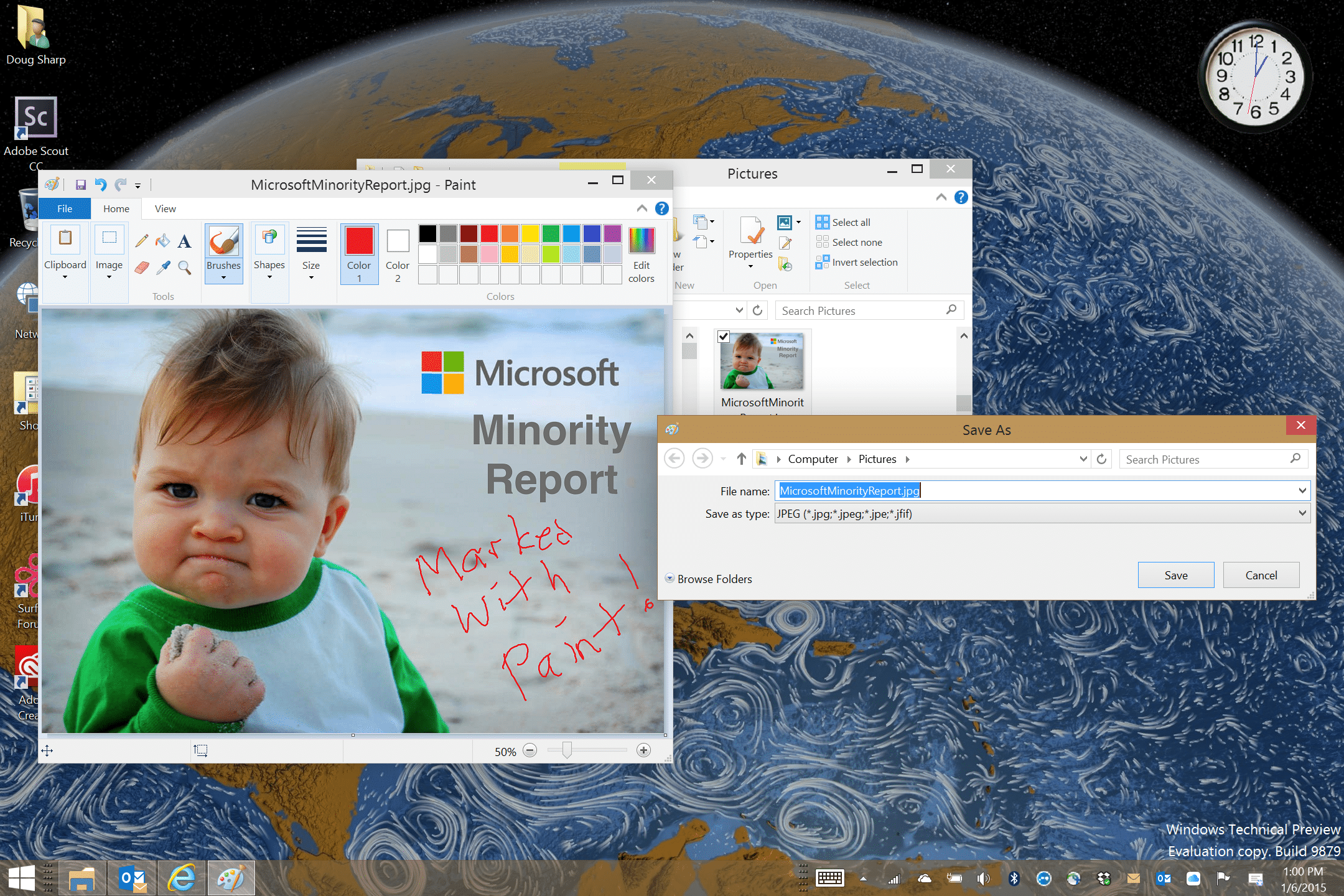 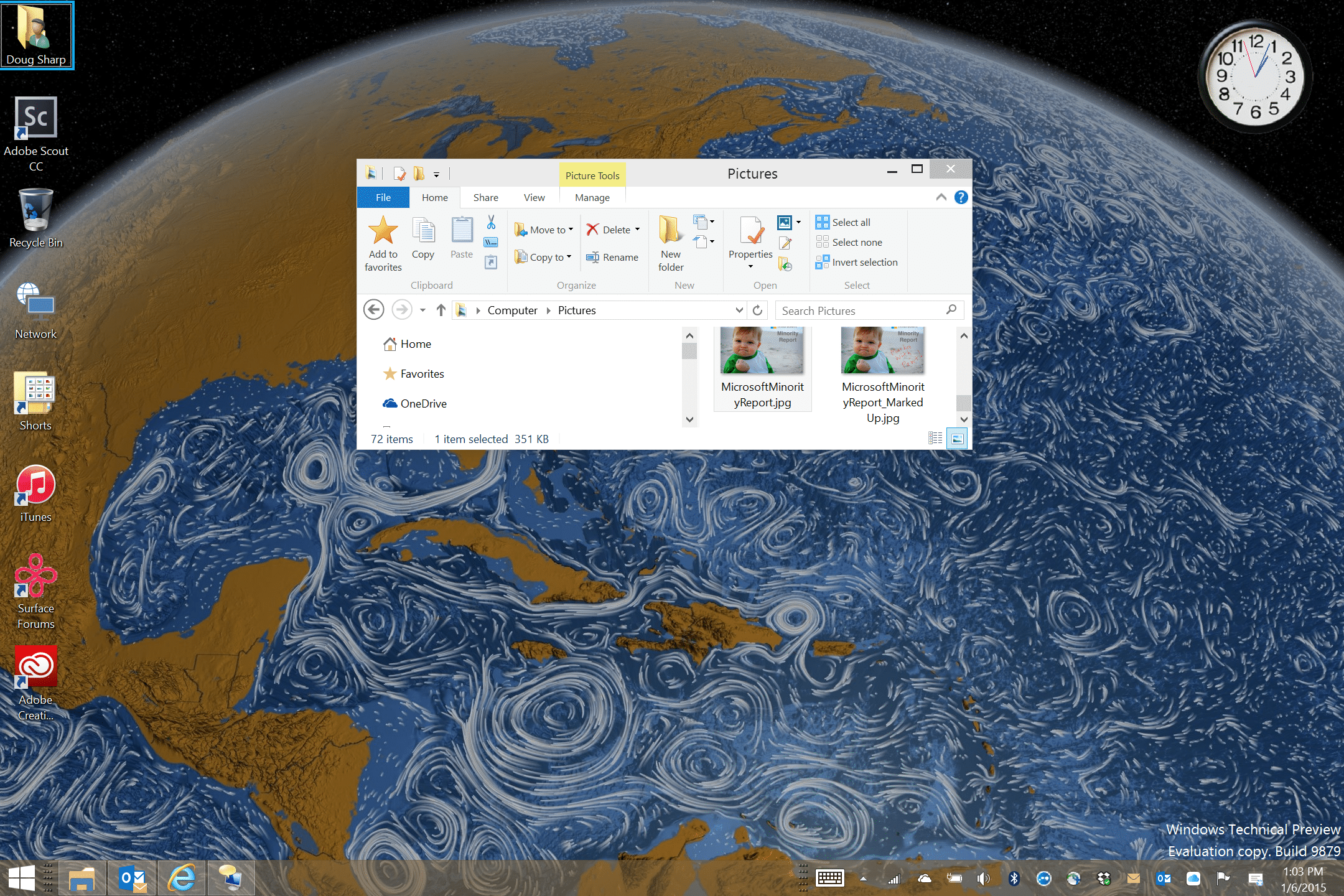 +1, my preferred method as well.
Z

While we can do this in Paint, Gary brings up a question I've had for a while but never really resolved. After poking around a bit I still can't figure out how to do it.

How do you merge the annotations you may take on an image in OneNote into the image so they act as one unit?

The problem often is you mark up an image, but then the markups are separate elements that can be deleted or moved from the image they correspond to. Is there a way to do this?

The only way I can figure out, which would work for Gary if he likes, is to make your marks, then take a screenshot of the image, at which point you can save that image anywhere you like. It works, but it seems like OneNote must offer a better way.

Staff member
OneNote is an endless canvass for collaboration, brainstorming and note taking, while it can be used as a vehicle for final consumables, it isn't designed for that purpose.

If you want that experience it is best to export the Note as a PDF and it will flatten the image and ink.

The other option is to use the Snipping Tool that has ink support.
Z

I agree that is its main purpose and strength (I have to remind my users of our shared notebooks of this all the time). On the other hand, not being able to easily take a group of discrete elements and group them together to be treated as one single element is ripe for disaster in a shared environment. We use a technical drawing program that is otherwise not too great, but it does this task extremely well. You select all of the elements of interest, right click, and choose Group. Now all those elements are treated as one. Right clicking again gives the option to reverse the process. This would be extremely handy in OneNote.
P

Is there a more touch-friendly version of Paint? I would like that as well, but as great as Paint is, its still a desktop app with poor touch gesture capabilities.

No, no Photoshop, its too slow to startup just for simple annotations like that
You must log in or register to reply here.

You can write with a pen? You can say that again. How to do easy image markups

R
Pictures Folder Has No Pictures - But It Does, Really!