Anyone know what to expect in terms of performance between the new Surface Pro 4 with the Core M3 compared to the current Surface Pro 3 sporting the Core i5?

The i5 in my SP3 more than meets my performance needs. Wondering if I would see a performance drop if I went with an SP4 running the Core M3.

Seeing as the Core M is 900Mhz base clock, I'd say you'd get better battery life but that's it.
G

Thanks! That's really helpful. I'm thinking I would notice very little performance difference going from the Surface Pro 3 with Core i5 to the Pro 4 with the Core M3.

callihan_44 said:
I have the i-3 and it's done everything I need so I may be looking at the core m myself and I'm glad they finally ditched the 64gb entry storage
Click to expand...

ditto. i3 has been a great companion. as long as you dont need to connect an array of high res monitors. fanless design is as nice perk in the core m as well, but i'm a little concerned with the increased resolution (+60%) combined with a similar, possibly lower-performing CPU
H

Staff member
Battery life would be the only reason I'll consider a core m to replace my i5 sp3. Otherwise I just can't justify the cost. If no significant improvement then I'd rather shell out for an i5 or i7
G

Staff member
I'm considering replacing my S3 Atom with a core m SP4.
However, an i5 has plenty of horsepower for most tasks so if you wanted the lighter, fanless experience and a slight performance drop didn't mean much then it's a reasonable tradeoff.
OP
E

Another question... is the fanless Core M more likely to get warm to the touch than an i5 with fan?
G

elee532 said:
Another question... is the fanless Core M more likely to get warm to the touch than an i5 with fan?
Click to expand...

Hard to say really although there's a big difference between the power range i.e. watts which directly relates to heat. the core m3 range is 3.8w to 7w, 4.5w TDP and the i5 is 15w TDP.

The Surface 3 Atom has a believed range of 2w to 7w (Intel doesn't publish the TDP, assumed to be 4w, or max number only the bottom number) sometimes gets warm but comfortably so. I would expect about the same of the core m.
G 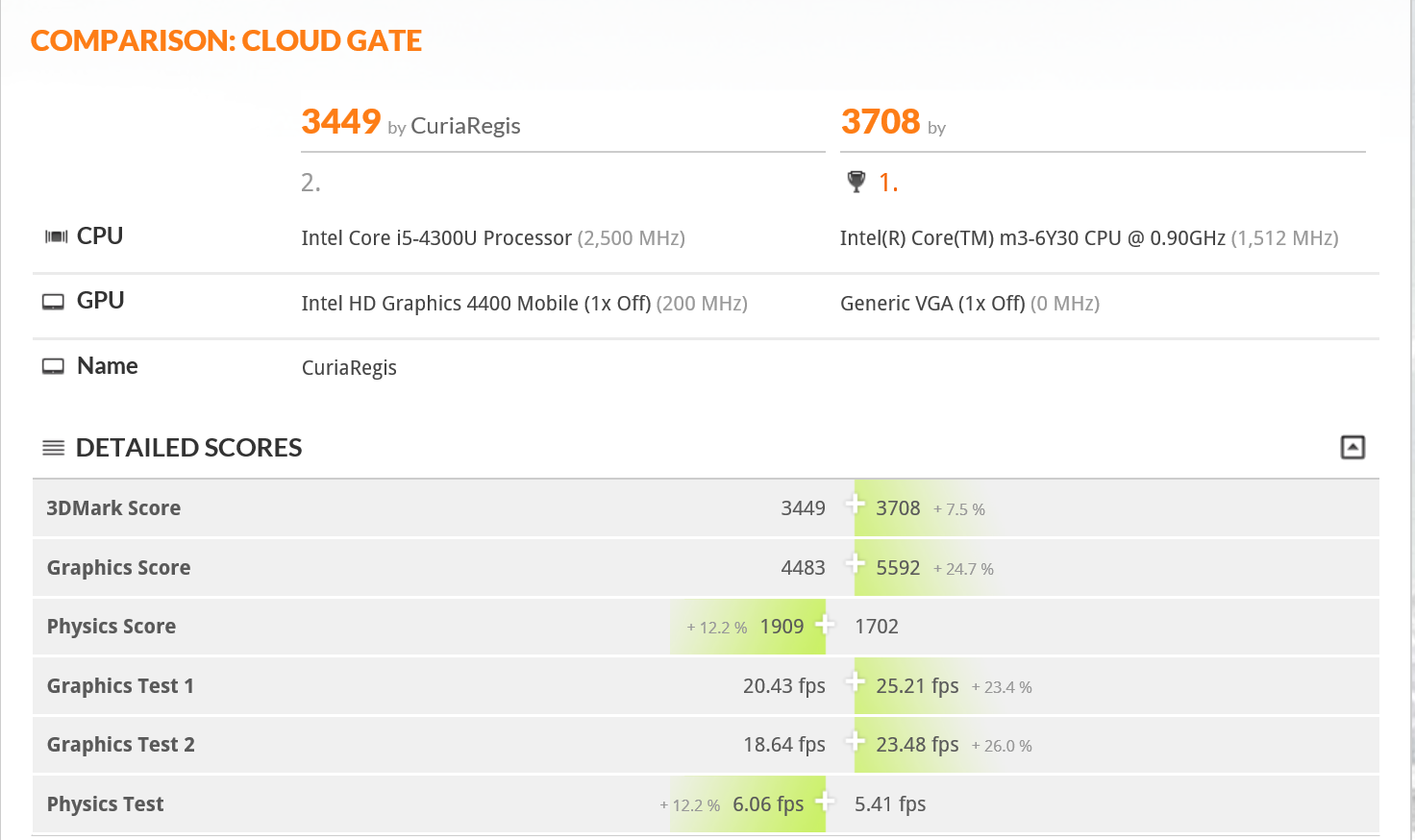 Staff member
What is with the clock speed of that core m?
You must log in or register to reply here.