I must be really good at finding bugs with hardware:

3. The CPU on the Surface Pro 2017 seems to be underclocking itself down to 0.60 GHz *NOT* when idle. I noticed this issue during my original device configuration and just now, when websites seemed to crawl to a halt.

I've found a workaround for this, fortunately - click the Battery icon, I was on "Power Mode: Best performance", move the trackbar all the way to the left and then back up again; this seems to unlock the CPU.

Why does using Microsoft feel like running an obstacle course sometimes

I remember I could not close the cover on my Surface Pro 4 for nearly the first six months of it coming out, because about a third of the times I did that, the display would not turn back on when I opened the cover back up again - it would just freeze the machine. With the Surface Book, I'd have issues about half the time when docking - same freezes. It took Microsoft about six months to solve these issues. Now, I still get a freeze when I dock sometimes - albeit, maybe once a month instead of once a day.

So we're doing free beta testing for their buggy firmware and software - great!

And can you believe the Surface Book 2017 is a stealth price jump too, with the removal of the pen?

If I had an iota of like for Apple...I'd never have to deal with any of this again, but unfortunately, I don't.

So please get your act together, Microsoft!

I have not seen any of these problems... may be something you've loaded on your machine. In another thread you mentioned VMWare, and I can logically see how it could potentially contribute to all of these since its doing hardware level stuff.
OP
M

Let's not blame third party software for Microsoft's own issues, over which third parties have no control over:
Third New Problem: Aggressive CPU Slowdown

However, I will keep an eye on this with respect to the power situation, and let you know if VMware might be somehow interfering.

Edit: Just as I was typing this message, the slow-down occurred again (no VMware running). I was able to solve it by using the power slider again: 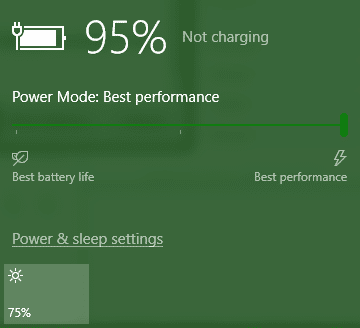 Unless Firefox, another user mode app, is magically doing something to power profiles (highly unlikely), this seems to exonerate VMware altogether.

I was willing to keep an open mind on this, but have been proven otherwise.

BTW, this power slider is new - and nice, in addition to solving the CPU lockups. I haven't seen it on other fully updated Windows 10 systems (including the Surface Pro 4). Is it something exclusive to the Surface Pro 2017?
Last edited: Jul 20, 2017
OP
M

It just happened again, within 20 minutes of my last edit above, so probably within 30-40 minutes of the last recurrence.

I've just been browsing the web, and the Pro 2017 is even plugged in (to the docking station so I can see clearly):
Blurry Text

I do hope they fix this - and the blurries - with a firmware/driver/software update.
OP
M 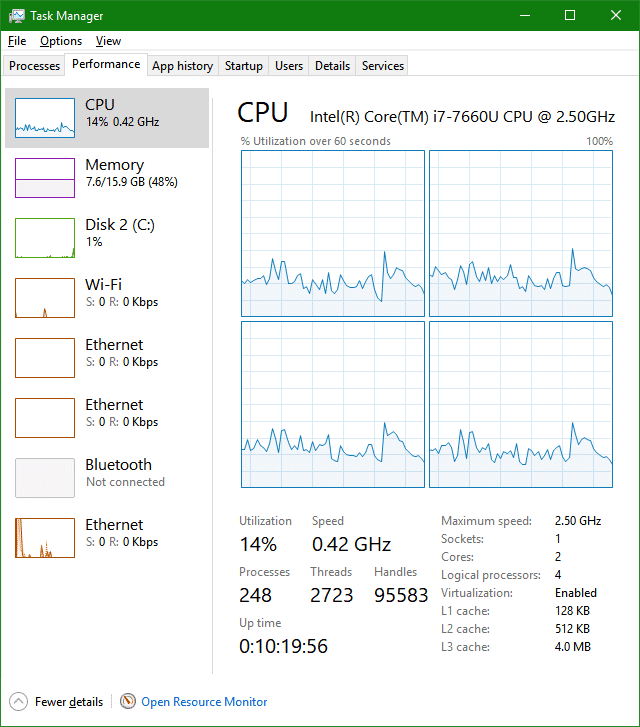 Don't let the low CPU utilization fool you. I was actually working on another article for this site, trying to resize an Excel window, when things slowed down to a crawl:
Surface Pro 2017 Benchmarks (and Anomalies)

Again, instant cure when I move the power slider in any direction. Incredible!!!

Staff member
You do know what the different power modes are used for? High Performance turns off most power management features including Speedstep, Dynamic CPU Frequencies, etc....

These are ultrabooks but you want them to be mobile workstations.
OP
M

jnjroach said:
You do know what the different power modes are used for? High Performance turns off most power management features including Speedstep, Dynamic CPU Frequencies, etc....

These are ultrabooks but you want them to be mobile workstations.
Click to expand...

Maybe I should clarify *again*:

1. My Power Mode is always set to Best performance.

2. When I notice the stuttering, I move the Power Mode down one or several levels, and then instantly bring it back up again. This solves the CPU stuttering issue.

3. I do not have expectations that these devices be razer thin workstations. I *do* expect that a newer generation device with an "improved" CPU *not regress in terms of features or performance*.

So far, it looks like the Pro 2017 introduces a CPU stuttering bug, *and* retains the Fuzzy Display bug (Blurry Text) first introduced with the Surface Pro 4 line.

Go ahead and tell me its unreasonable to expect that a newer device *not* have a worse display and/or *worse* CPU than the previous generation.

Also...the fan is always on in Best performance.

While it doesn't have the high pitched whine of the Pro 4 (or even the Pro 3), this always-on state itself is very annoying.

Even in the Pro 4 or Pro 3, the fan turned itself off regularly on idle. Not so here.

Sounds like you have a number problems that are unique to your machine, and also sounds like you've made some configuration changes that the average user probably isn't doing. Might be worth doing a reset and starting over.
OP
M

Now, now...let's stop blaming the user, like we stopped blaming third party software manufacturers who have no control over the operating system software.

Unfortunately, the issues do reproduce in a clean install - you can see for yourself. This is why I always image the system first before doing anything else, so I can go back to "factory" settings in case anything goes wrong.

Unfortunately, the factory configuration itself, or the hardware/firmware/software, are buggy.

I'm not blaming anything... I'm just making suggestions. You have several problems that seem to be unique to you, as I've not seen anyone else reporting any of them on any of the forums that cover the nSP. That doesn't sound like factory configuration.

Resetting to the way I got it by reimaging the factory OEM image and then booting up to replicate the original out-of-box experience.

V
Surface Pro 5 CPU Locked at 0,39 GHz and Switches off when Unplugged from AC cable