Asphalt 7 Heat, Now in the Store 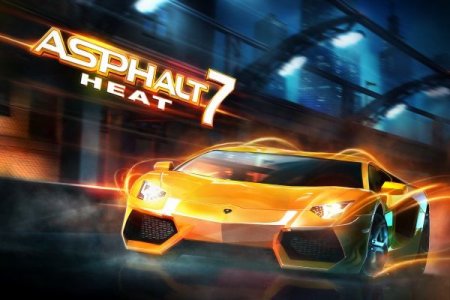 This looks like Gameloft finally entering the surface market. They need to be supported to send a message for them to put more of their games here. From what I've seen on the android market, full Gameloft support (putting the rest of their cool games) would be a huge plus for the Surface store at this point.

Sent from the SurfaceForums.net app for Windows 8
OP

agreed, they have some pretty amazing games and the price is great, not as expensive as the other devs!! only $1.99 which I think for a great game like asphalt 7 is well below the price range..imho :wink: I think all the devs should take a clue from gameloft!

I really like the game, but I think it sucks that its twice the price that it is on Android.

sashlon said:
I really like the game, but I think it sucks that its twice the price that it is on Android.
Click to expand...

Someone has to pay Ballmer's retirement.
D

I read some recent news about gameloft partnering up with Intel. they going to optimize their games for the Bay Trail processor. as although much weaker than i5 in pro, its still more powerful than anything from arm in android. the integrated HD4000 or better is a lot more powerful than any android gpu. so I think this is really good news. ive noticed other games on win 8 has all the best effects and more compared to android version. for instance that game where you race on jet ski. on android, only the tegra3 or better version has all the extra effects like water splashing on screen etc.. I see the win 8 version has all that and more. the windows store version looks a lot better also.

once gameloft arrives, the other big name game companies will follow. gameloft already agreed to release a ton of games for win8 platform. Im ready for a win 8 optimized N.O.V.A. or modern combat game. gameloft makes some great games on android and ipad.

if they bring their highly successful MMORPG called Order and Chaos, thatll be huge. I loved playing that game on ipad awhile back.
Last edited: Sep 16, 2013
You must log in or register to reply here.