I've had my Surface Book Pro for about two years not. My current SBP was a replacement given to me when my battery swelled and pushed the screen out about six months ago.

Last week, I noticed that the battery indicator to the right of the taskbar was less that 100% but did not apprear to be charging. When I hovered over it, it showed 34% and not charging. When I clicked on it, it displayed a battery 1 and a battery 2. I had never seen this before; every time I has seen this display before, it had shown one battery only. The new display had battery 1 at 100% and battery 2 at 0% and stated "plugged in, not charging. I when into device manager, removed both batteries and the adapter and rebooted to see if one battery would return, as before. Both batteries and the adapter were re-acquired in device manager in the same condition. Battery 1 seems to work properly, discharging and recharging to 100%, apparently providing only 34% of the battery capacity total. Battery 2 appears to be dead and will not charge.

Anyone have a explanation? It would seem strange for the battery to go dead on a new (I was told not refurbished at the Microsoft Store on swap-out) surface book pro after less that six months.

I just took this Snip of my Surface Book battery status. The clipboard has a separate battery (number 2). What you describe is not normal.

Try detaching the clipboard (screen) and charging it directly via the port. See what happens. 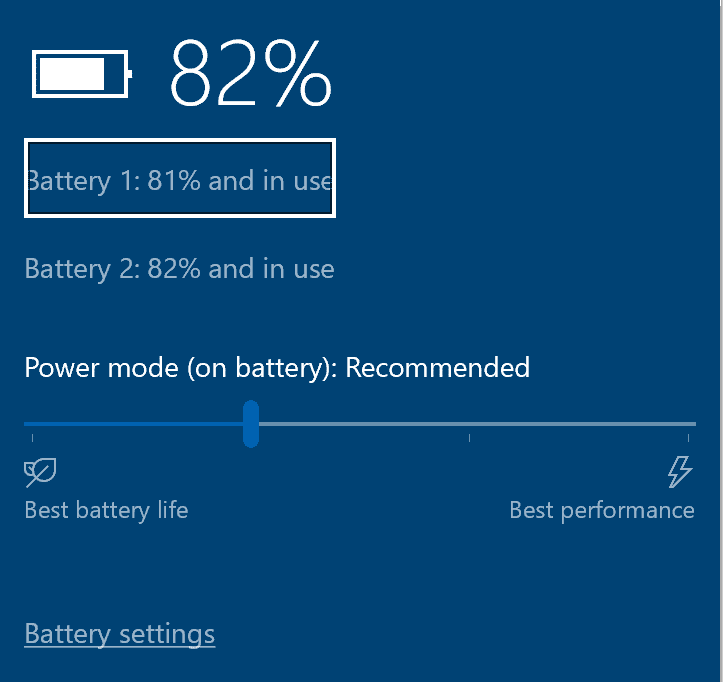 S
Battery Charge Limit has been fixed for SB2