Decided to wait for the Surface Pro 2

I can see the point of the op: Imho the core-series isn't realy up to the job without connected standy (S0Ix) atm. Yes, it has plenty of power to throw at applications and maybe 5hrs running time is sufficient for the most users, but i'd love to see something more: Maybe just 30-60 minutes more running time plus(!) the standby (like on Surface RT) giving me instant updates on mail/chat. There are small improvements over surface RT (see the power-connector, which was described as less annoying to put in the correct position), so maybe the waiting time for the next generation is justified not only by normal technical progress.
X

I'm holding out for the Surface 4 with Windows 10.

Only the true believers and tech brave are first adopters. I'm one of the same and I am very happy with my decision. The Surface RT is revolutionary. Tech waits for nobody.
A

I personally thin Windows 10 will ship with Srface 5 which I want, but in the meantime I think I will kjust make do with the Surface 1.0 and the soon to be dead Windows 8 if the press is to be believed.
Or maybe I will get a Sony Vaio duo witht the additional battery pack or a Helix... all depends on timing.

I'll decide in June.
Microsoft said to be planning next-gen Surface announcement for June | The Verge 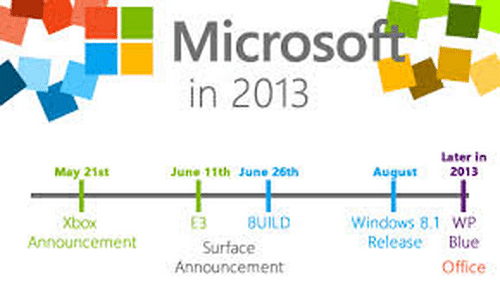 My guess is it won't come with Office. Now if it has Office RT that would be big news! Otherwise, think consume (xbox), not create (Office) with a 7" MS tablet.

I'd be happy with just OneNote MX on a 7" Surface. But the Synology application suite I need are not on Windows RT/8 yet.
G

ArnoldC said:
But the Synology application suite I need are not on Windows RT/8 yet.
Click to expand...

Google BlueStacks. It allows you to run Android apps in Windows. It can be laggy/wonky at times but I would think it would be ok for the Synology apps. Why not just use the web interface?

J515OP said:
My guess is it won't come with Office. Now if it has Office RT that would be big news! Otherwise, think consume (xbox), not create (Office) with a 7" MS tablet.
Click to expand...

, yep i do my creating on my PRO and playing or consuming on my note 8.0.

J515OP said:
I actually haven't heard about any Surface Pro delays at all. Microsoft said that the Surface Pro would be available about 3 months after the RT and that is exactly what they are offering as the available date.

If there does end up being any delay in shipments or slow down in availability I would also suspect it would be from any other number of sources (body, screen, memory, assembly, etc.) rather than Intel. Intel has tremendous chip manufacturing capacity and PC sales are in decline so they should have no problem cranking out product.
Click to expand...

I said from the OEM's. Have people stopped READING??? The OEM's were supposed to get the lead time from October through march to produce Pro tablets. Lenovos Think pad 2, as an example: we pre-ordered 2 evaluation units in late October of last year. We got 2 docks shipped to use in December and then one BT keyboard in January and then another in February... It got so bad our VP told our Lenovo rep he thought we were being shipped the devices one KEY at a time. We expected the E key in March.. This was around the power issue with the Atom chips that these devices are using. The first devices we received had massive problems waking from sleep etc all related to the intel power problems.

So, what I am saying is - based on intel's recent track record with the release of its chips and the obvious need for the haswell to follow their stated timeline for Microsoft's timeline to make any sense, I would NOT hold my breath..... That's all I am saying. Please read my post again and you will see I said OEM there....

Again I said Surface Pro from the OEM's. I meant the pro devices from the OEMS. Microsoft left the market open from October to March for the OEMs. They did almost nothing with the PRO device market in that time. And case in point the Thinkpad Tablet 2 delays. See my above post. I wasn't talking about Microsoft Surface Pro. I meant PRO devices from the OEM's. That's what I was referring to in my original post. But I do think that OEM is there and has been there.
You must log in or register to reply here.

Anyone else waiting for a new Microsoft Surface Pro?
2 3