Faulty Surface Magnet - This Is Becoming a Nightmare

After attempting to sort my faulty Surface for the previous week with Microsoft's Surface Support call centre, I am that enraged by the lack of support, I have now decided to share it with everyone, read on if you are interested;

To start off, I am in the UK, so no drop in shops for an exchange. On Thursday night (08/11/12) I arrived home from work and decided to browse the net on my lovely new tablet. As I took the tablet out of its case (with the touch keypad attached), I lifted the unit up only to find that the keypad was hanging off by what looked to be black tape. Attached to this black tape was a magnet either side. The magnets were still attached to the keypad, but not to the tablet itself. Realising that the magnets were evidently stronger than the poor quality tape holding them onto the tablet, I called Surface support on Friday (09/11/12) to report the fault and set up an exchange. Easier said than done.

While on the phone, it quickly became apparent that Surface support had really no clue of how to deal with an exchange. The chap I spoke to (I have his name but there is no point posting it... yet) said to me that he was unable to deal with my request, and that it needed to be 'escalated', which will take 24 hours. He then told me that he will call me back on Saturday to explain the outcome. Saturday came, no phone call. Monday came, no phone call, so I decided to ring back... again. This time I spoke to another member of customer service, I told him again of the problem I had with my tablet, after going through yet more painful security checks and emailed codes to verify who I was, he told me that after the issue was escalated, Microsoft have agreed to exchange my tablet, HOORAH!!!.. I thought..

Tuesday then came along, and the original chap I spoke to from Surface support rang me himself. He asked if I had received my new tablet, my answer was no. He said OK, since it was put through last Friday, the process can take up to 4 days to arrive to my house. I was fine with that.. However, I then asked him for a tracking number so I could arrange someone to be at the house to sign for the replacement... He could not find a tracking number, in fact he then went on to say that he didn't even know if it had been despatched... Oh dear. I then asked what the hell was going on and he replied, "I will get answers and call you back". He called back 15 minutes later to explain that he had no update, and did not know what was going on, and that he will call back in 24 hours. Guess what? The call back should have been today... but he did not call back. I shall now ring up tomorrow to enjoy another episode of this total fiasco.

I have added images of my tablet, so you guys can see the extent of the problem. Sorry for my rant, but I am pretty fed up that I have spent money on such a poor quality product.

Oh, and one last thing, once you look at my pictures, I would refrain from waving youre tablet around by hanging it from the touch pad in the same way that the Microsoft Exec did, or you will end up with a tablet in several pieces. Your magnets are strong Sir, but your sellotape is not. Thanks for reading if you got this far 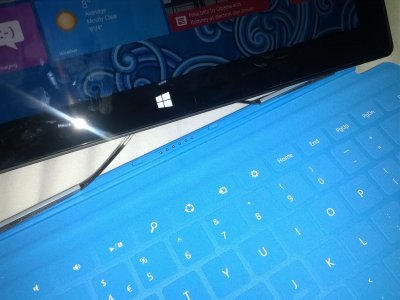 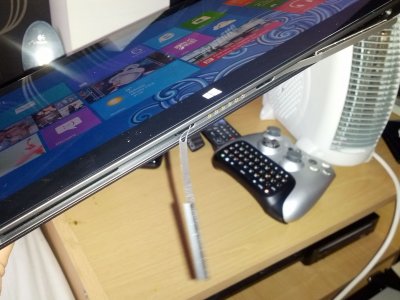 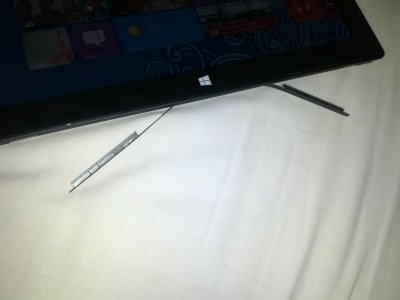 I'm in the UK and had the same problem with mine, though the magnets only came out on one side of the tablet not both. When I phoned the support number it was obvious that they were having problems with their support systems and I was called back a number of times saying that it was being escalated etc. Whilst the process wasn't as smooth as I would have hoped the support guys kept me as informed as they could with constant updates. I originally reported the problem on the 4th and my replacement arrived on the 12th which fits in with the five working day timescale that the told me and my old one is being collected tomorrow. 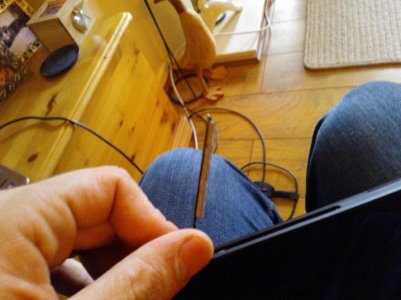 Oh, and whilst their selotape might be crap, our good old british selotape is fine, that's how I bodged my temporary repair anyway!
M

Anyone else had similar problems? Seems like the device has many hw issues.. :-\
OP
I

Hi all, I have spoke to Surface support today, this is now apparently a known issue as a manufacturing fault. I have been told I will have to wait another 5 days for a replacement because they are going to raise my order again. My bet is a lot of people are going to be affected by this at some point.
G

I had the same problem, but with an easy and fast solution.

I bought it on the opening of the Puerto Rico store. I went to launch After I bought it and playing with it the keyboard cover went off. The Microsoft Stores VP was there and saw me. Instanly told me, "I saw what just happend to your surface, that is a known issue on 5,000 machines, go back to the store and they will exchange it." and they did.
OP
I

Here we go again, back to square one. I just had another call from Surface support, who informed me that the problem has to be 'escalated' yet again. Now I am awaiting a call from a manager. My replacement has not been despatched, they have no idea where it is or even if they can despatch it. What kind of service is this? I have a good mind to take it further now.
X

Since we are sharing pictures: 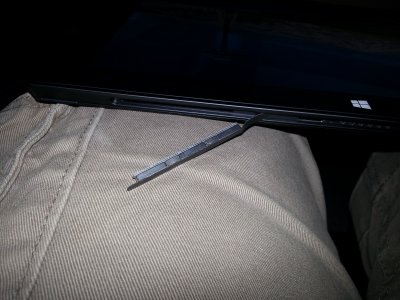 I feel things may get a little busy at Customer support.. It's looking like a common problem.

Mr.Dan said:
Anyone else had similar problems? Seems like the device has many hw issues.. :-\
Click to expand...

I wouldn't say many. In fact, other than the Windows logo possibly rubbing off (minor issue since the device is still functional) this seems to be the first real hardware issues that has pardon the pun, surfaced. This definitely qualifies as a legitimate manufacturing issue. If what the store VP said is true and it effects a batch of 5,000 tablets out of hundreds of thousands shipped it is a relatively minor issue. While this might happen with any large scale product release (some number being defective) it certainly isn't something MS wants to be associated with a launch of a first generation premier devices. Hopefully they quickly and smoothly get their return program together to make this as much of a non-issue as possible.

The way it looks to me is that the magnets inside the Surface are not actually stuck down. They sit in a hole on either side with a bit of tape covering them over. For example, if you made a hole in a piece of plastic and stuck sellotape over the top, and then you pushed your finger through the hole, the tape will envitably come off. The tape should at very most just be a cover, it is not suitable to hold the magnets in place.
X

The magnets are bonded the tape only covers the magnets. It is the material that was used to bond the magnets to the tablet that has failed.
You must log in or register to reply here.

B
Nightmare on Elm Street