You can pick up the Incipio feather case for Surface Pro & Pro 2 from Fry's. They have all the colors available. It looks and feels great. I just got one yesterday at my local Fry's. I don't know if mine is defective but it doesn't seem to fit the kickstand. I already exchanged for another and it has the same issue. Gonna return it until they fix this issue. Some pictures of this "fitment" issue. 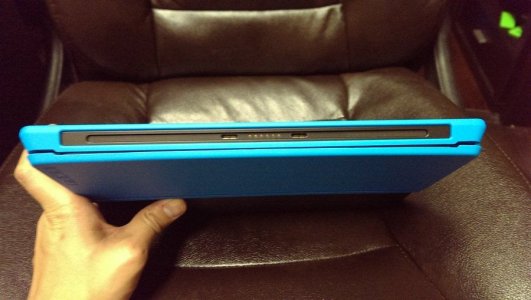 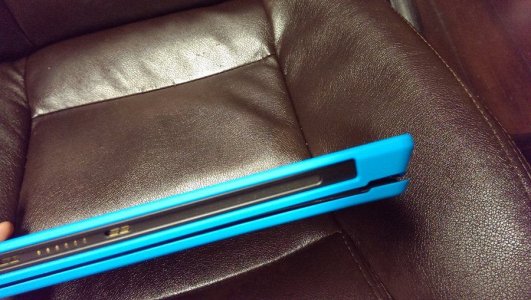 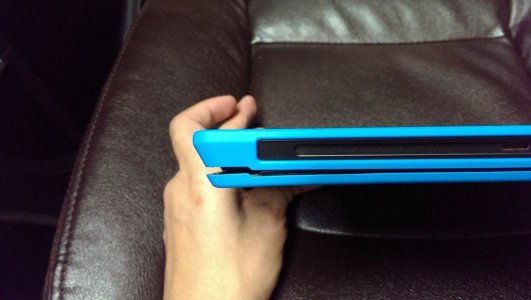 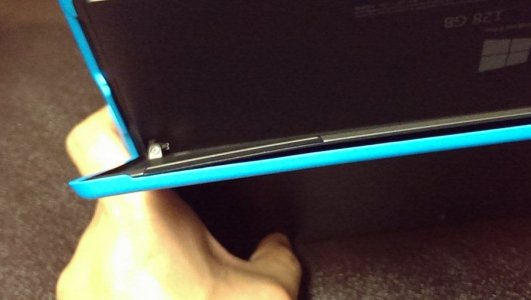 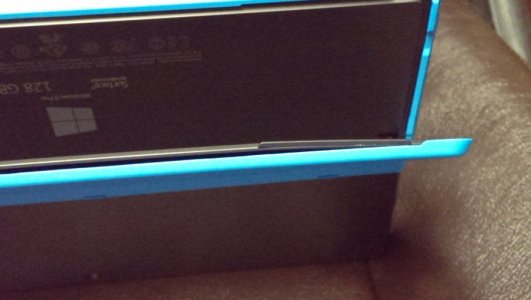 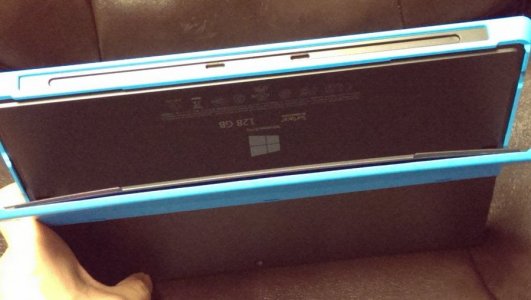 Check out Incipio's website, the feather case for the Surface Pro/Surface Pro 2 is now available, I just ordered one (black). Use the FALL15 coupon code to get a 15% discount.
Last edited: Dec 20, 2013
S

I just received my incipio feather case ordered from the Microsoft Store for my Surface Pro. I installed it and had the same problem as others have had with the kickstand not fitting properly into the cases kickstand cover. Also the magnets fell off the case due to a lack of adhesive. I didn't want to send it back and wait an extra two weeks to get another one with the same issues. So I took a hacksaw blade and removed a little bit of the plastic to widen the opening where the kickstand locks in. 10 minutes later I reinstalled the cover and it seems all is good. Kickstand doesn't bow anymore and everything looks like it should. I put a little crazy glue behind the magnets so they should stay in place now. Here are some photos

It's good that you got it to work, but it's a shame that you had to modify it, when it should have fit right out of the box. I definitely won't be buying one.
D

So there is a difference in dimensions of the Surface Pro and the Surface Pro 2? I'm aware the kickstand is different of course, but I thought they were still the same size.
D

I think only the kickstand is different. Seems that only people with the Surface Pro have fitment problems.
C

Does anyone have the Type Cover 2? Does it close ok with this case? I've read here that you can't fold the keyboards back but nothing on if you can close them normally - and if you can, is there much strain around the 'hinge' area?

Yes the type cover and the type cover 2 close fine normally on both the Surface RT, and Surface Pro. It fits nicely when closed and looks good too.
C

They look perfect for my needs so I'm going to order one, though they don't appear to be available in the UK until the end of the month.
R

I purchased 6 Incipio feathers (for my family's SP2's) from our local Fry's store -- 4 black, 1 cyan, and 1 magenta. I noticed that the store had been out of stock of the black model for awhile, then suddenly got a big batch in (the color models have remained in stock in smaller quantities). Knowing all the user complaints about the feather's fitment, I was secretly hoping that it might mean the release of a product revision, at least for the black (which is part of the reason why I'd held off buying existing stock online)...

Can't tell for sure, but my cyan and magenta cases have the metallic magnet strips, whereas my black cases have strips of black foam pads (as someone had mentioned). Not sure why the magnets were needed anyhow, since the sides of the case already have ridges that attach to the kickstand? Perhaps they replaced the magnets since they had a habit of getting unglued, or perhaps were scratching the Surface? In fact, while the magenta case at least had the magnets glued neatly, the cyan case was sloppy with excess glue all over the place. Worse, the excess glue had formed sharp, pointed spikes in one or two spots, that I refused to even try it on. I tried to smooth it out with rubbing alcohol without success, and I was afraid to try chiseling as I'd end up scoring the surrounding plastic.

But even with the black feathers I still found the inevitable manufacturing variance from unit to unit. On one unit, a side lip of the bottom piece clamps too tightly to the screen, which caused the screen protector film on that edge to get pinched or pushed and caused bubbling (I had to remove, smooth the film, and put the case back on a few times, each time trying to press the screen down away from the lip as I slide it in). The other feathers weren't that bad, in that regard.

Yet a couple of units seemed a bit looser than others, such that when picking up a unit by the edge, the lip can wobble around, or the back makes a noise as it flexes into contact with the surface metal.


But the most common defect with my feathers is that the top half tends to pop off and separate from the bottom whenever I open and close the kickstand (unless I do it very gently). Some online reviews have noted the same problem... The two halves are secured by 3 small nubs sliding under their corresponding slots, which unfortunately seem to be easily bumped off, especially since the feather's contour doesn't seem to hug the rear surface of the SP2 tightly. I was thinking I could drop some super glue onto the 3 latches, but that seems kinda permanent? Or I could run a strip of tape (like the black vinyl electrical tape) over the line where the two halves meet, but that might ruin the look? Anyone have suggestions?

FWIW all our SP2's have a screen protector. I think it may depend on the thickness of the film and how much it covers edge to edge, but also the particular manufacturing variance of your feather (see above).
You must log in or register to reply here.

V
Is anyone using the Incipio Feather case on the Surface Pro 2?