My WiFi-Ethernet stats with screen shots

I have followed a lot of discussions about WiFi speeds but haven't noticed a lot of details or photos showing where or how they got their stats. I thought I'd post what I came up with for what is throughput - speed of connection to a router & bandwidth - speed of Internet connection from the router. The stats and photos below came form my SP3 i7 8 gig 512 gig computer. These tests were performed by logging into my network where I work. The network is shared by about 100 people, most of which or connected via Ethernet. 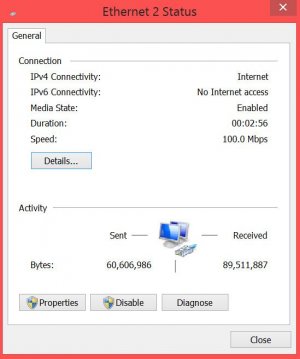 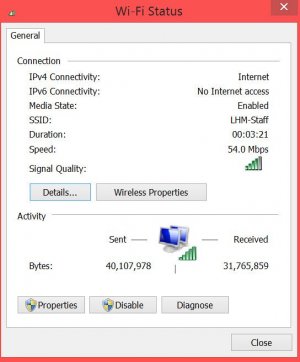 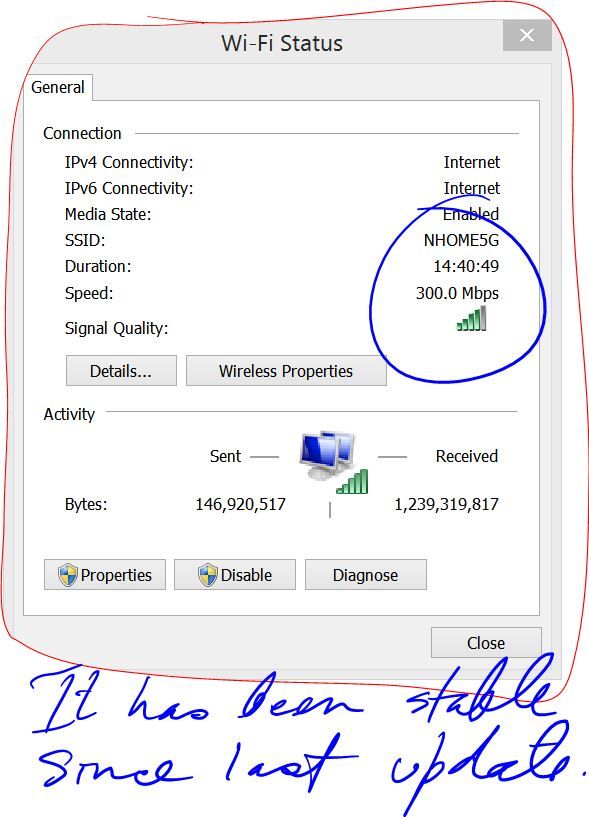 that's what I understood.
OP
B

ctitanic - I assume your router is a gigabit so if you looked at the speed with a cable connection to your router you would see 1000 mb, right?

I'm going to get these same stats with my Surface at home. I'm not even sure what my router speed is but I'll find out by cabling directly to the router. I'll also get the router mfg & model.

bluegrass said:
ctitanic - I assume your router is a gigabit so if you looked at the speed with a cable connection to your router you would see 1000 mb, right?
.
Click to expand...

Correct.
You must log in or register to reply here.

A
Surface pro 3 not finding my router

Sep 9, 2014
foghat
F
B
Wifi Problem not caused by adapter