For some strange reason after the Fall Creators Update for Windows 10, the TIP in hand writing mode becomes oversized on any one of the two 1080p monitors connected when using a web browser or a Word document. I have the Simplified Chinese language installed in which this problem occurs but it doesn't seem to affect the TIP when English is the selected language. This problem never appeared before the Fall Creators Update. 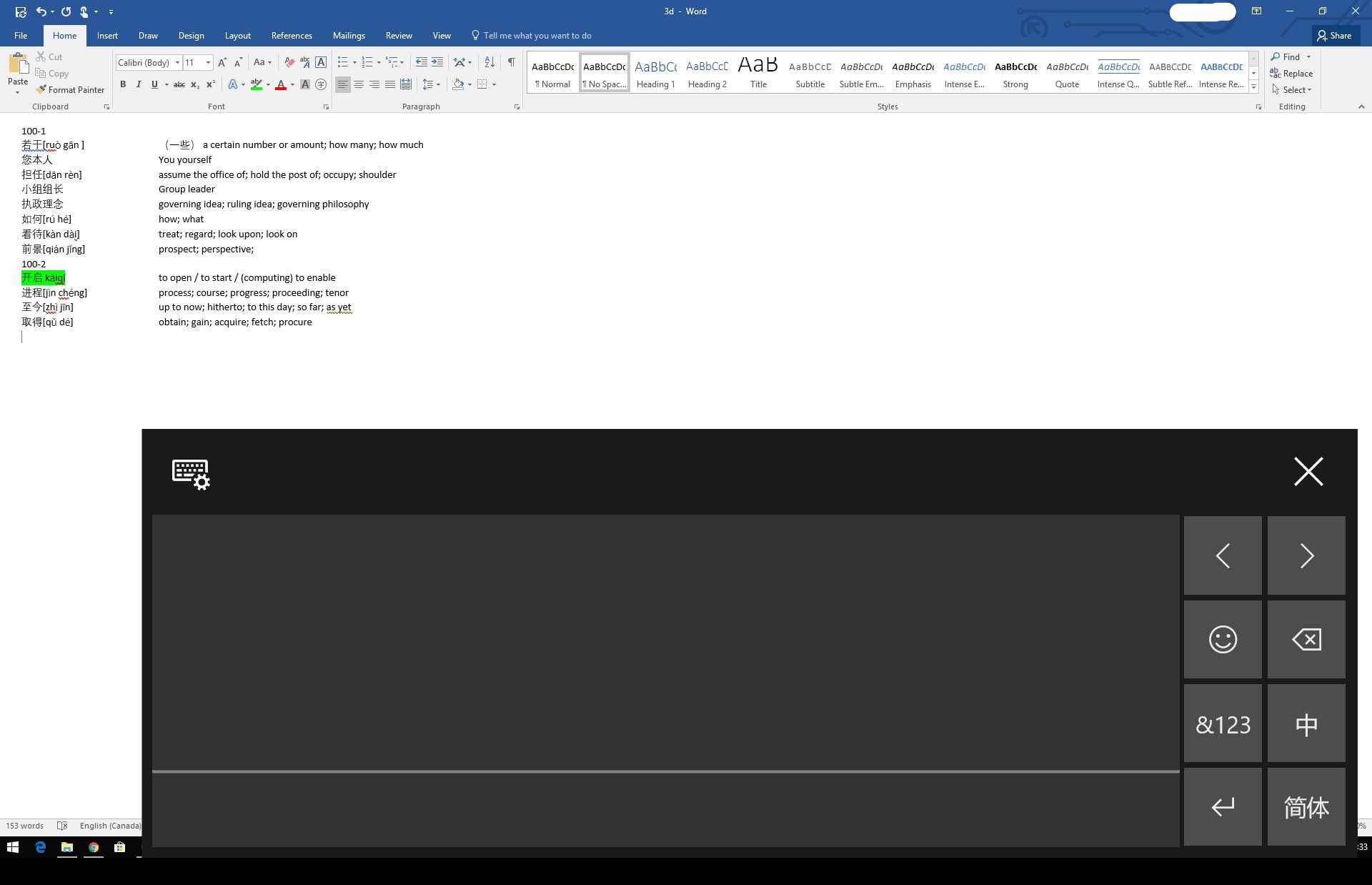