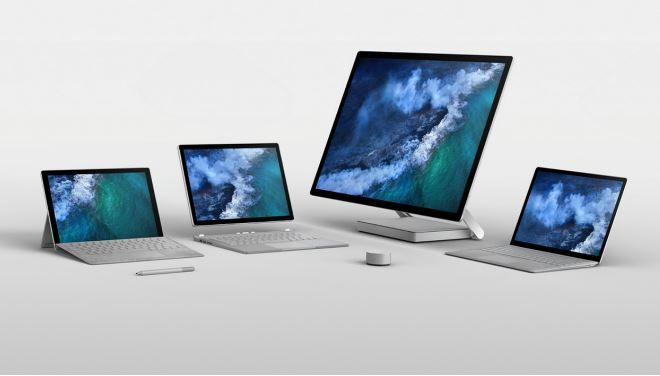 In a post on the Windows blog Microsoft Devices corporate vice president Panos Panay celebrated the arrival of Surface Laptop and the new Surface Pro, which are now available to buy in 25 markets worldwide, as well as increased availability for Surface Studio around the world.

“People are already falling in love with Surface Laptop,” said Panay, and he’s not wrong, as the laptop has received some excellent reviews, including The Telegraph calling it “the best-looking Windows laptop,” and The Verge saying that it was “worth the wait.”

Panay also took the opportunity to announce that all four Surface Laptop colours are now available in 17 new markets, with Burgundy, Cobalt Blue, and Graphite Gold joining Platinum as options in countries such as Australia, Taiwan, and the UK.

As for the newest Surface Pro, Panay said that Microsoft “wanted this product to be the laptop you can bring with you anywhere since you never know when or where inspiration will strike.”

The new Surface Pro has also garnered some great reviews, including The Telegraph calling it “a class act that lasts longer,” and Gizmodo calling it “the best Surface ever made.” TNW hailed Surface Pro’s “big improvements.”

And finally, Panay did not forget Surface Studio, which he says has “sparked the imagination of some of the world’s most creative individuals.” In the blog post, Panay announced that Surface Studio is now available in Austria, China, Denmark, Finland, France, Germany, Hong Kong, Japan, Netherlands, Norway, Sweden, Switzerland, and the UK.

Source: Surface Laptop and Surface Pro available today in markets around the world - Microsoft Devices Blog
You must log in or register to reply here.

The Master plan behind the new Surface Studio PC

M
There’s No Such Thing as a Pro 5, Says Surface Creator Panos Panay