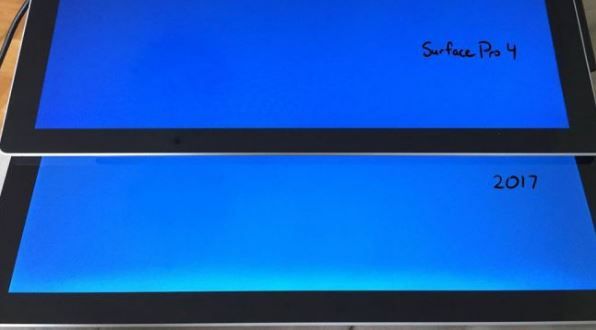 Tech Radar reports that some Surface Pro users have been complaining of a blacklight bleed issue with their new device, following on from the recent sleep-mode bug that Microsoft has recently fixed.

According to the complaints, there is apparently a higher degree of backlight bleed than would normally be expected from an LCD screen. These types of displays are usually expected to have a small amount of light leakage at the edge of the screen, but it seems that some new Surface Pro owners are noticing a light bleed that is so severe as to be distracting.

Tech Radar posted a comparison image that shows a Surface Pro 4 on top of a new Surface Pro. Certainly, in these images, there does seem to be a strong light bleed at the bottom of the newer device. Apparently, the light bleed is more noticeable against a solid blue or white background, or when the Surface Pro is in portrait mode.

Some owners are now starting to wonder why Microsoft has not yet even acknowledged the issue, with one user on Microsoft’s official support site, Answers.com, asking, “Why isn’t Microsoft acknowledging the new Surface Pro 2017 display backlight bleed defect and ignoring its customers after the launch of the product? When will they solved the problem?”

Got my second Surface Pro in today (first one was very slow). See the pic below: looks like my unit has this backlight bleeding problem. 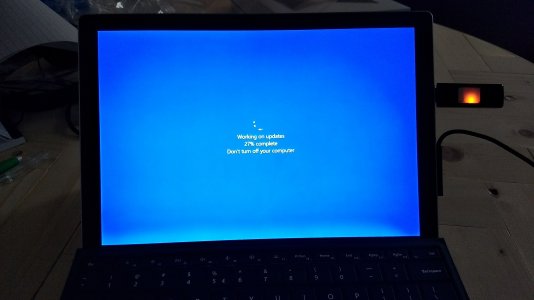 M
Anyone have a Surface without backlight bleed?
2