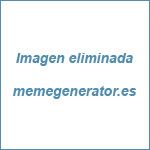 This version has a few more features for the low power U CPUs like the Surface Pro uses.

When EIST is disabled, the ThrottleStop Set Multiplier will not work correctly or it will be inconsistent. Here's a quote from the docs.

EIST usually needs to be enabled for ThrottleStop multiplier adjustments to work correctly.
Click to expand...

When a modern Intel CPU is idle, it should be spending close to 99% of the time in one of the low power C States, preferably C6 or C7. When a CPU is doing this, the multiplier ThrottleStop displays is pretty much meaningless because 99% of the time, a CPU core will be consuming close to zero watts in C6 or C7.

If you want some meaningful test results, you need to put a load on the CPU. The TS Bench is fine for creating some heat and watching the multiplier but there are better benchmarks available for testing. wPrime is very consistent. Run it as an Administrator.

A high multiplier when an Intel CPU is idle is not as evil as people used to think. A fast CPU is a more efficient CPU. The quicker tasks are processed, the higher percentage of time the CPU can spend in one of the deeper low power C States. That's how a modern CPU saves power.

Power Optimization – a Reality Check
http://www.cs.berkeley.edu/~krioukov/realityCheck.pdf
You must log in or register to reply here.

How to max out your CPU all the time (no throttling).
2

What do you love about your Surface Pro?
2