Staff member
I'm getting wonderful performance with Windows 10.
Been using the Technical Previews for 10 months.

Glad about the results. Battery life is about 7 hours doing the same use as Windows 8.1 , which came in at about 6 hours. I use Cortana perhaps two or three times per day. I feel better about knowing how to launch and quit programs and apps, change settings, and writing with the pen or m finger. 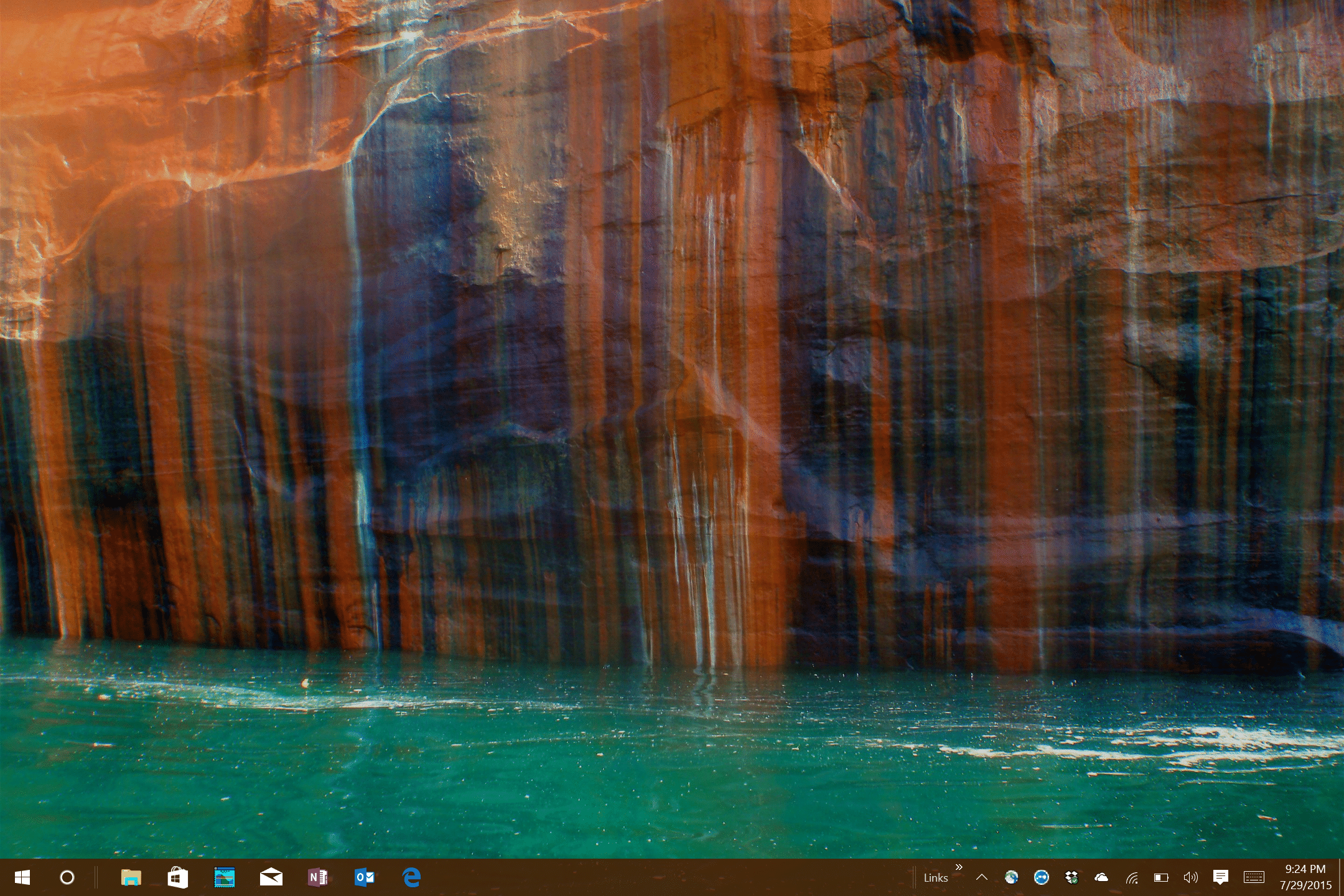 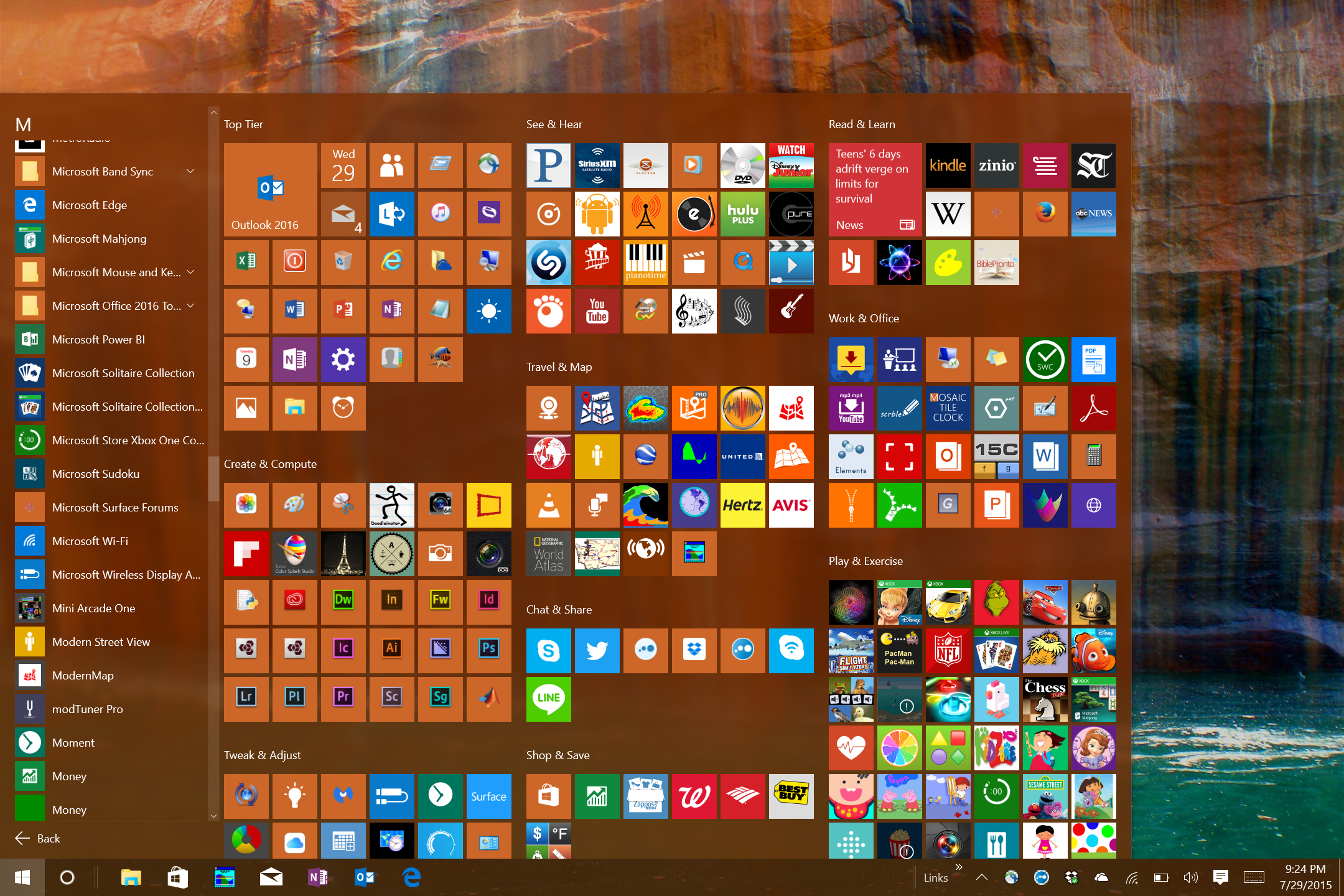 Not really. I get all of 300 Mbps internet with SP3 with WiFi in the next room albeit slightly lower due to bandwidth sharing limitation of Cable internet.
CPU usage on idle is without a doubt slightly higher and idle temps are 2-4 degrees hotter than Windows 8.1 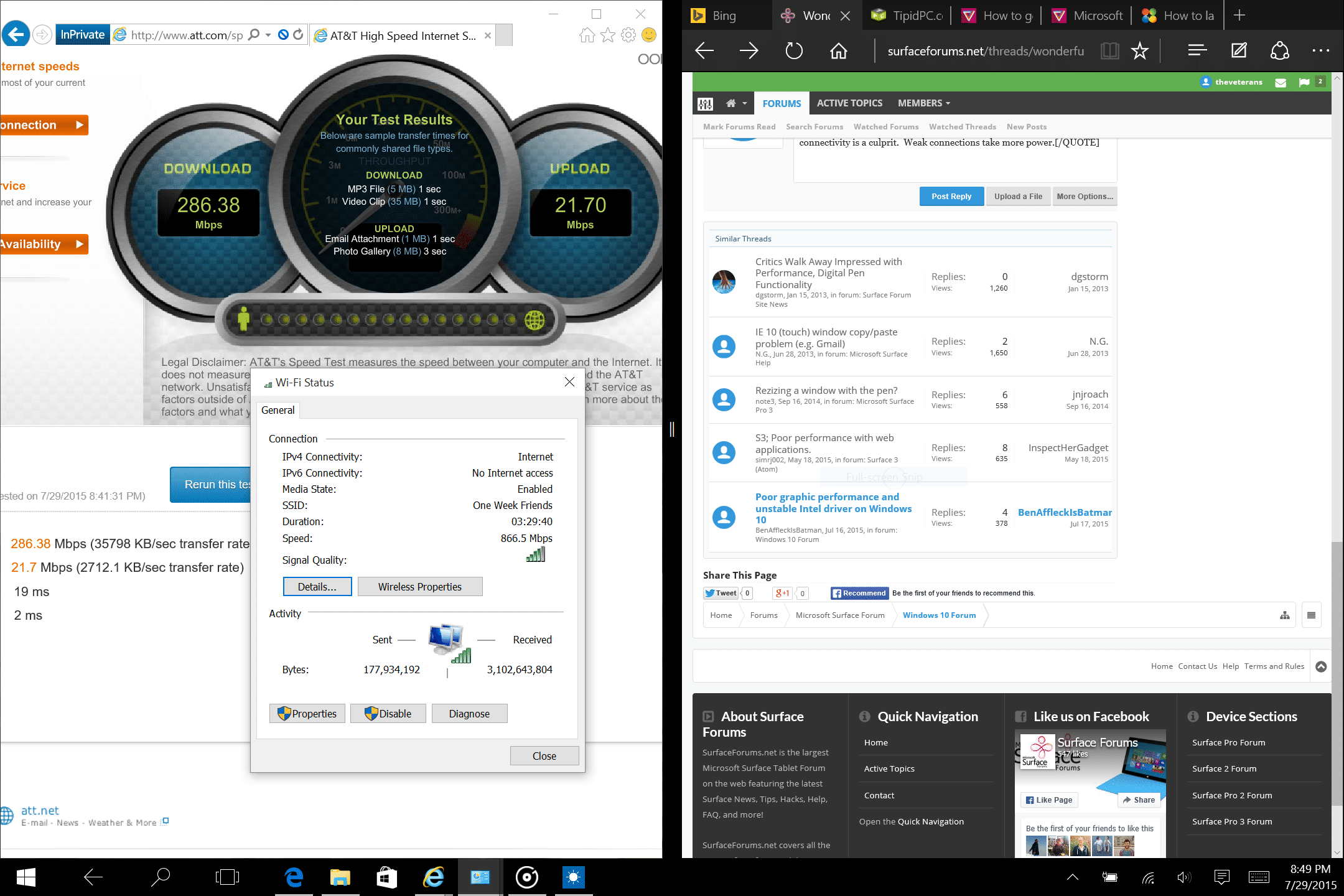 Staff member
I see that your screenshot was in Tablet mode, @theveterans. Now I'm wondering if Tablet mode uses more power. I would have expected that it uses less, so just wondering...
T

i too had a good upgrade and seems to be running good. I havent toyed around with it yet today but will do so later.. cant wait..
0 issues on upgrade and 20 minute roughly to upgrade...

Just finished my upgrade too. While it went off without a hitch, it took a very long time to download!

My first reaction to W10 was not very good. Stuff seemed oddly out of place and some of the things that I had taken for granted in 8.1 were missing. But I do like what MS has some with some of their apps. A few hours of fiddling around has got me to change my mind. But there are still some things that stop me from upgrading my two other machines.

The first is OneDrive. The changes are well known so no point repeating them. But only my 128GB SP3, it is not cool!!!

The second is how W10 looks and feels in tablet mode. I use the Surface 3 (purely as a tablet and with no KB). So, on my SP3 I tried it out. I am not a fan of the vertical scrolling for apps. And the task bar is obtrusive (when using an app like say Drawboard PDF for example).

But aside from the constant whirring of the fans and some heat generated while my SP 3 indexed itself, the device as a whole feels stable and dare I say, fresher than before.

Next thing to do - see how this upgrade has impacted battery!!
OP

kristalsoldier said:
... tablet mode ... the task bar is obtrusive (when using an app like say Drawboard PDF for example). ...
Click to expand...

You can hide the Taskbar icons in Tablet Mode, and even "Auto-hide" the taskbar. Might make Tablet Mode a bit more enjoyable for you. 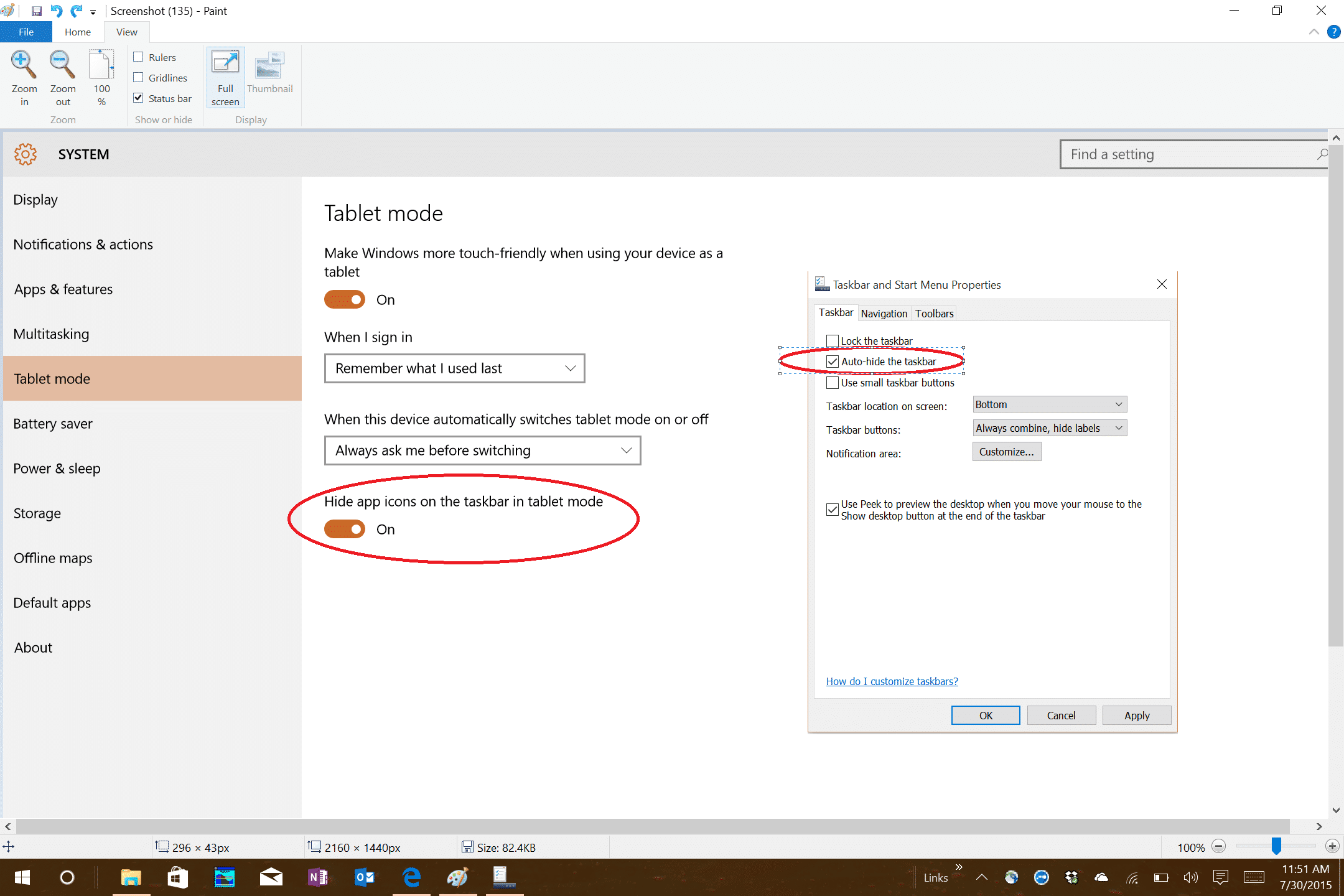 sharpcolorado said:
You can hide the Taskbar icons in Tablet Mode, and even "Auto-hide" the taskbar. Might make Tablet Mode a bit more enjoyable for you.
Click to expand...

Thanks very much! Also, maybe you will be able to help me with one other thing: I had a lot of pinned sites on my SP3 before I upgraded. Now, I find that I only have the apps that were pinned to the Start screen on 8.1. So, my question is would you know where those pinned sites would have gone? Were they deleted? Thanks in advance.
OP

Staff member
Browse to here for at least a list of URL sites you had on the Desktop:

Code:
You may want to back these up somewhere before editing them.

sharpcolorado said:
Check here for at least a list of URL sites you had on the Desktop:

kristalsoldier said:
Not desktop - on the Start Screen on 8.1.
Click to expand... 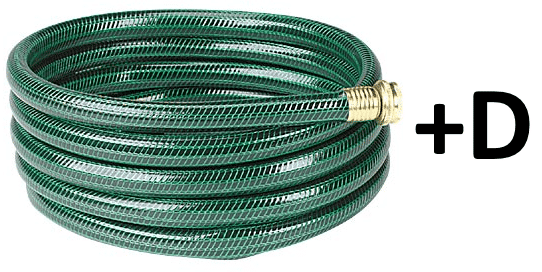