Would you like to see VLC for Windows 8, RT and WP8?

I am not amused! you can already get the VLC player for x86/x64 computers! wheres the ARM version? SHEEEESH!
O

It's actually there, though a search from the store's search field doesn't show it. The description says "VLC for Windows 8 is an experimental port of VLC media player for the WinRT platform." It should be compatible even if the listed processors don't say so because Modern UI apps are supposed to be cross-compatible on Windows RT (ARM) and otherwise.

Make sure you're on your Surface and open Jeff's link in IE (I used metro IE) and it'll open the store automatically.

That said, I can't install it due to an 0x80240017 error. Where the fix, according to Microsoft's KB, should have been installed in a November 2013 rollup, and my Surface is up to date, so who knows.

Staff member
They still need to compile it for ARM, just because VS 2012 R2 and later allows the project to be compatible cross architecture, it is up to the developer to compile it. Take Tapatalk as an example, it is ARM only...
O

Also I tried to download it and it kept giving me an error, which I took it to be non compatible with the RT line...

Staff member
WinRT isn't Windows RT its the "Windows Runtime" which is the key APIs for Modern UI Applications. 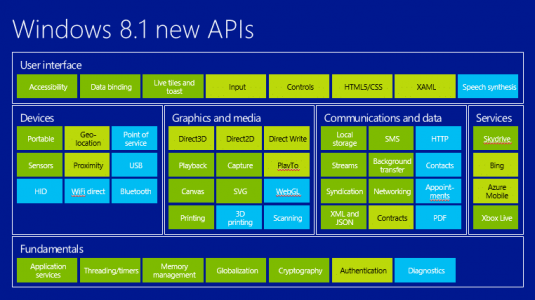 Oh, I've always used WinRT as a shorthand for Windows RT. My bad.

Sigh, gone are the days when you can say "Win7" and people know what the hell you mean, huh.

Staff member
BTW - Early reports are that VLC is killing battery life on mobile devices, it appears to be caused by the way it is indexing media files, also a lot of crashing (It is Beta).

jnjroach said:
BTW - Early reports are that VLC is killing battery life on mobile devices, it appears to be caused by the way it is indexing media files, also a lot of crashing (It is Beta).
Click to expand...

Ouch! Consider that VLC's Android version is also beta and has been for the longest while, I hope the developers take care of this. I shudder to think the impact on RT devices if there is a release for that platform.
R

I can't get it to install, it just says pending.

wow I see this not coming to ARM devices for quite some time...

mine installed fine but got the crashing on launch that some of the reviews talk about. unusable for me on an SP1. really bummed after all the waiting for this to come out
You must log in or register to reply here.

F
VLC Player For Surface RT Scam for Money or What ?
2

Number of Windows 8/RT Apps in the App Store

Mar 3, 2013
PavtubeVideo
P
P
Set the song you like as ringtone on Windows Phone 8