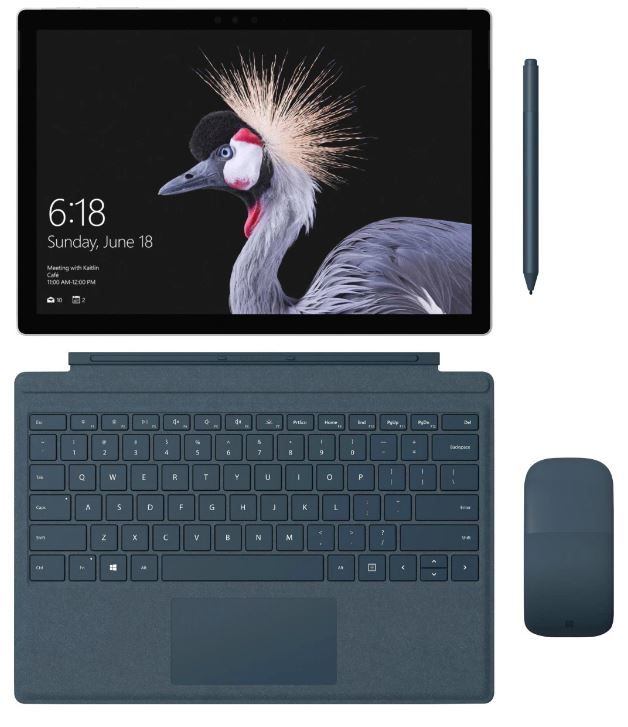 Venture Beat has a major scoop from Evan Blass today posting pictures and details about Microsoft’s next Surface tablet, which Blass says will be announced at the Microsoft event due to be held in Shanghai on Tuesday May 23.

Microsoft will also be unveiling optional accessories for the new Surface Pro on the 23rd, including the updated Surface pen and Surface keyboard, both of which will be available in four colours. Blass says that the colour palette for the accessories is similar to, but not exactly the same as, that of the Surface Laptop.

As for what else Microsoft might be unveiling on Tuesday, Blass says one thing not to expect is a new Surface Book reveal, which will not be happening on Tuesday.

Source: This is the new Microsoft Surface Pro

What could be "new" [EDIT: Sorry! not "new" but "updated" ] about the KB? They already have a FP sensor, they had (and possibly still have) the ability to add a battery to it, what else?

Maybe they could add a BT module to it and rework the design of the KB in such a way that not only would it behave exactly as we are familiar with in the case of the SP4 KB, but it could also be propped up and used at a distance from the Surface. Oh...wait...didn't MS have a KB like this already?

So what else could be "new"?
G

kristalsoldier said:
So what else could be "new"?
Click to expand...

Note: only possibilities not actual features unless they are.
Last edited: May 20, 2017

Apple has done some significant "under the covers" updates to their stuff over the years when cosmetically it looked the same. Looks like the mystery will be solved in a couple of days.

convergent said:
Apple has done some significant "under the covers" updates to their stuff over the years when cosmetically it looked the same. Looks like the mystery will be solved in a couple of days.
Click to expand...

Well just trying to be accurate! I am going to end up with something, just not sure what yet.
You must log in or register to reply here.