I Made A Mistake (Clean Install)

So as of recent my SB2 15” 512GB was having some issues, weird hangs, random performance spike, inconsistent performance, etc. so I decided to reset it comletely.

I updated to 1809 a few weeks ago before they pulled it and wanted to stay on 1809 but I also wanted to do a comletely clean install, so rather than just restting / restoring via the settings I found the 1809 ISO and used Rufus to mount it to a USB drive. After installing Windows via this drive I’ve been having endless issues... Even after installing all updates through settings I noticed many Surface features were missing. I thought that installing Surface drivers and firmware from Microsofts downloads would fix the issue but it didn’t. On top of this the screen is extremely stuttery and tearing no matter what I do.

Later I read about properly clean installing windows on a Surface device by downloading it’s recovery image, creating a recovery drive, and copying the downloaded recorvery image on top of the same drive. However the option to create a recovery drive is not functioning on my new install, niether is the built in restore feature for that matter, so not really sure what to do.

Seems like my only option is to clean install again with another ISO, but thought I’d ask here if there is a better way for me to be doing this. Any help would be much appreciated, thanks.
OP

After clean installing windows again with the same ISO, then installing Surface firmware and drivers, and then restoring via settings it seems things are fixed.

However every time I boot it says something along the lines of "Can't activate camera" and I have to use my password instead of Windows Hello, any insight would be appreciated.

Staff member
Sorry to hear about that.

Rather than recommend a "Reset" for you, I took some shots of my Device Manager / Camera .

Also, you may try a UEFI disable of the camera, then enabling again.

Or you may want to hop onto Insider Builds ! 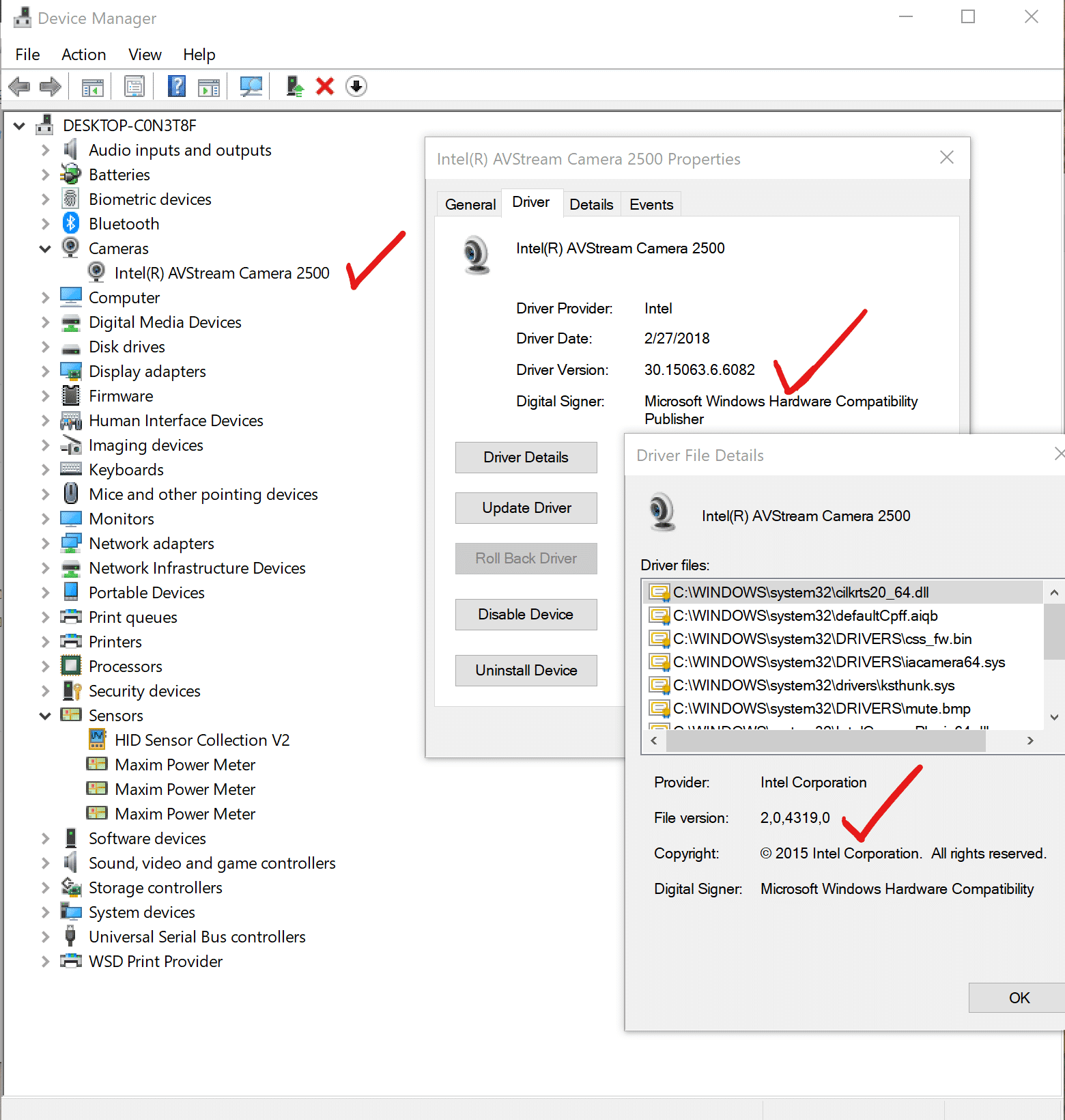