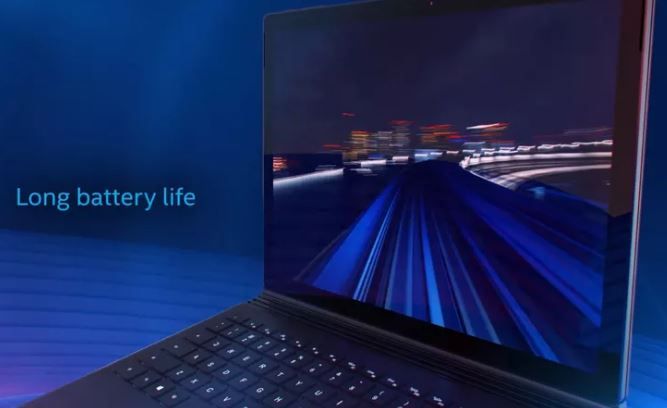 The Verge reports that Intel has teased a new, very smart looking black Surface Book during the launch of its 8th-generation core processors this week. The mysterious Surface Book was first noticed by eagle-eyed MSPoweruser in a promotional video released by Intel to showcase the new processors, which will be launching on laptops first.

At the moment, both Intel and Microsoft are remaining tight-lipped about the gorgeous new black Surface Book that has caught everyone’s attention, and it could simply be a marketing render, although, as The Verge points out, the laptop shown in the video does have the same eject key usually found on a Surface Book keyboard, as well as the highly recognisable Surface Book fulcrum hinge.

Even if Microsoft wasn’t thinking about releasing a black Surface Book, maybe it really should after the response this one little glimpse has garnered!