Supposedly, Windows 9 will be a free upgrade for all existing owners of Windows 8. We are reporting this as a rumor, even though the source of the intel claims it has been confirmed, because Microsoft themselves have yet to confirm it publicly. Here's a quote with the details,

According to Diantoro, the Windows 9 upgrade will be available free of charge to all existing Windows 8 users once it’s released. Apparently, users will be able to easily install the Windows 9 update after downloading it from Microsoft, which is how Apple’s OS X updates have been rolled out to Macs for a few years now. For what it’s worth, some of the recent Windows 9 leaks did say that Microsoft already has a tool in place that will allow users to easily perform software updates.

It’s not clear whether other Windows users who are on older versions of the OS will get any other special offers, and actual prices for Windows 9 have yet to be revealed. Microsoft is reportedly interested in moving many people from the older, and no longer supported, Windows XP and offering Windows 9 as a free download might be a great incentive for some.
Click to expand...

We will keep an eye out for any solid corroboration of this. Sound off if you are using Windows 8 and will be one of the lucky folks to get Windows 9 for free.

Suuuweet I happen to be a windows 8.1 user so I can't wait to get my free upgrade.
When is Windows 9 released again? Anyone knows?

I think they call that Hot Gossip... but why not. The real money is in those Win7 upgrades and replacements.

Staff member
I remember the gossip about Windows 95. Turns out, it was named for the number of floppy discs it came on. 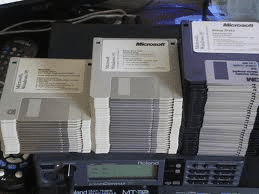 It was the number of hours it took to install ;-)
G

I don't understand. Why no live feed? Why not want to make a big splash?

By the way, it's called windows 10.
You must log in or register to reply here.

With Windows 9, Microsoft may finally forget the past and embrace the future