I have the SP4 i7 256gb model. I purchased this three days ago and have noticed, when running a game like Minecraft, my CPU is at around 25% and memory at around 55% - however, the fans seem to be on full speed. I have uploaded a screenshot of this. 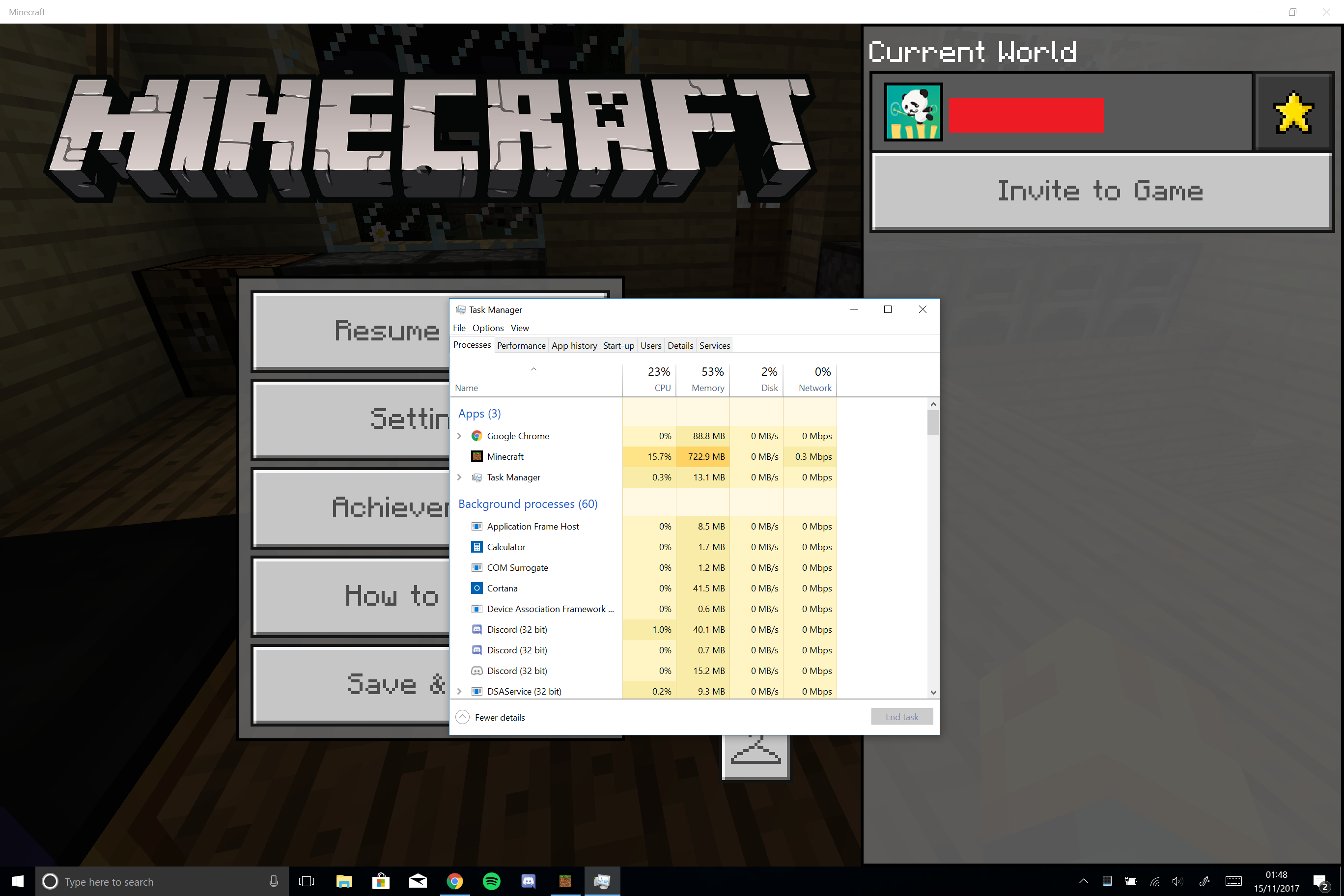 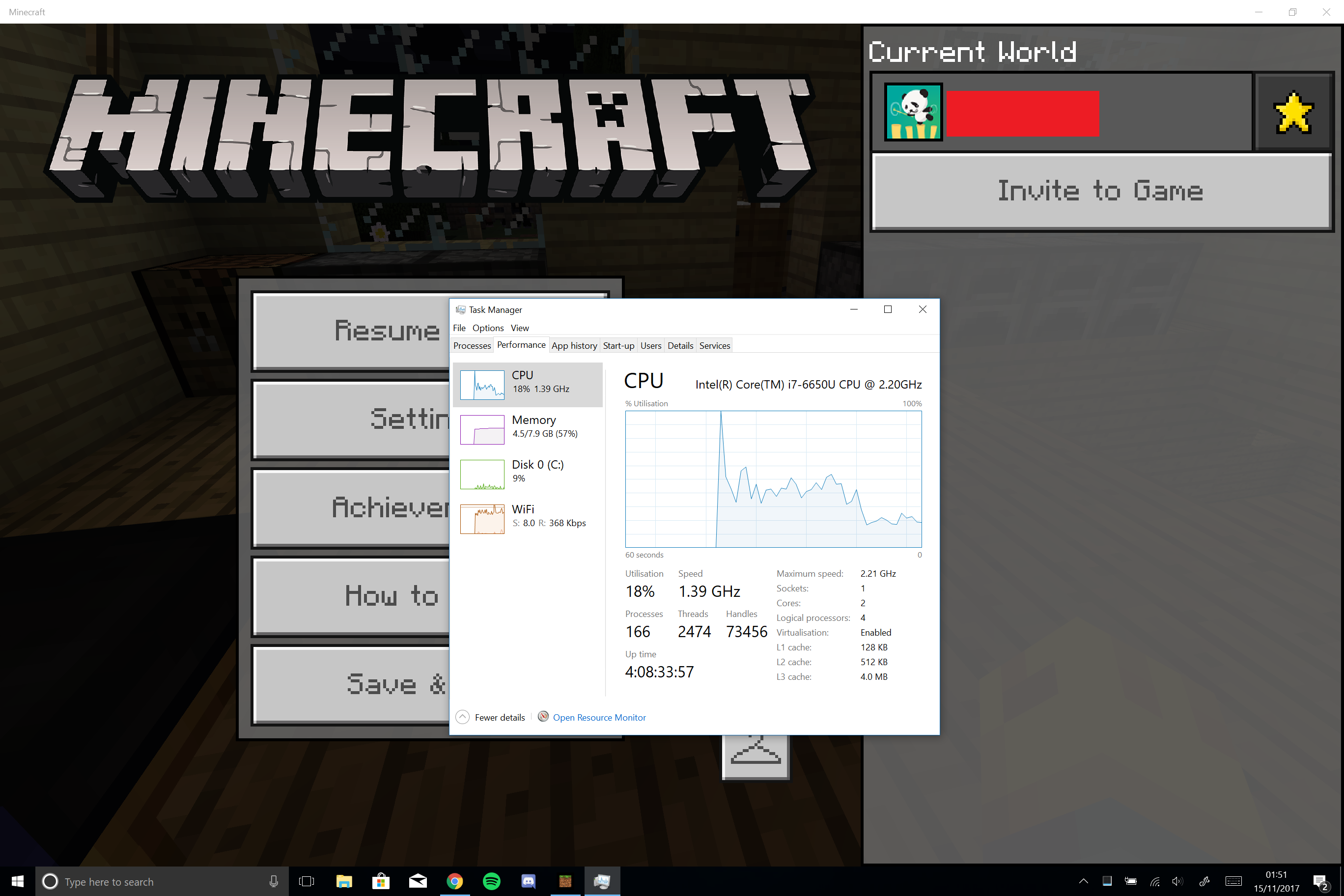 They are very audible and there is a lot of heat generating from the device.

Are there any settings I should check or could it be a faulty product?

Any help is much appreciated.
T

Playing a game makes the CPU work near its max so it's supposed to heat up and the fans are supposed to keep it from melting the chassis. Maybe you can use a USB fan to keep the back cooler.
H

Staff member
While the CPU is not under a lot of strain according to your screenshots, what about the GPU? Even old games can still utilize a lot of GPU resources (for reference I just ran freelancer, and a cut scene resulted in medium cpu usage, but the GPU was being heavily utilized). For some reason your task manager does not display GPU like mine does.
T

The OP has not updated his Windows to 1709 version. There's really no way to avoid fan ramping up on gaming unless throttlestop program works to limit the CPU frequency to 1.5 GHz or less when gaming.
You must log in or register to reply here.
Share:
Facebook Twitter Reddit Pinterest Tumblr WhatsApp Email Link