Surface Book 1 screen layer is separating from the lid

I have one of the original Surface Books, purchased Nov 2015 soon after they were first launch. It's about time to upgrade again anyway, but my SB screen layer has starting to come apart and separate from the lid (see pic).

I started noticing some strange discoloration in that upper-left portion of the screen a few months ago but it disappeared completely from time to time so I assumed it was a software issue. I think now what was happening was my opening and closing of the laptop lid would apply pressure. A month ago I noticed that it was separating, but could push it closed and it would "stick" for a while. That trick doesn't work anymore. 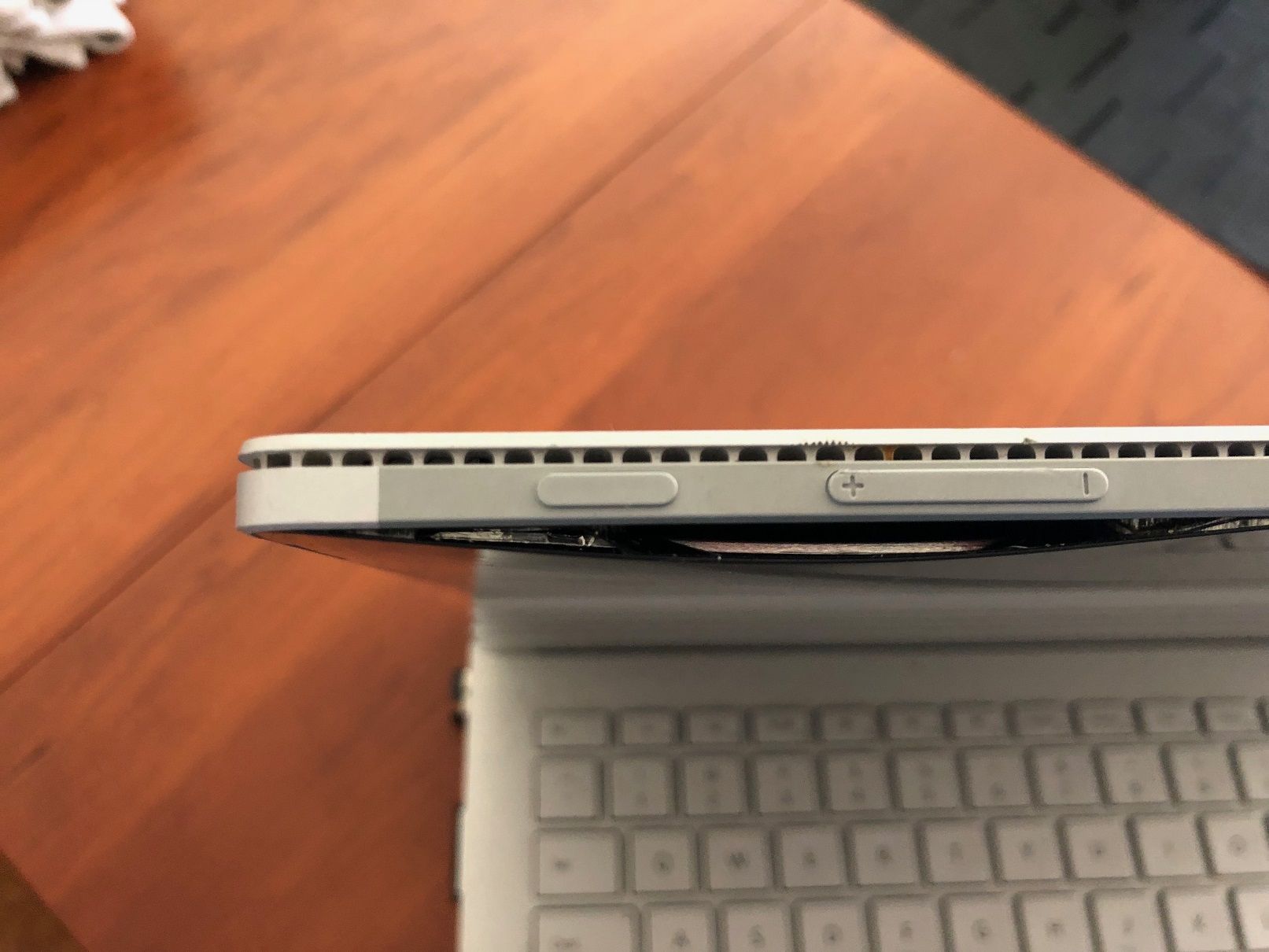 It looks like the battery is expanding, I would give Microsoft a call.