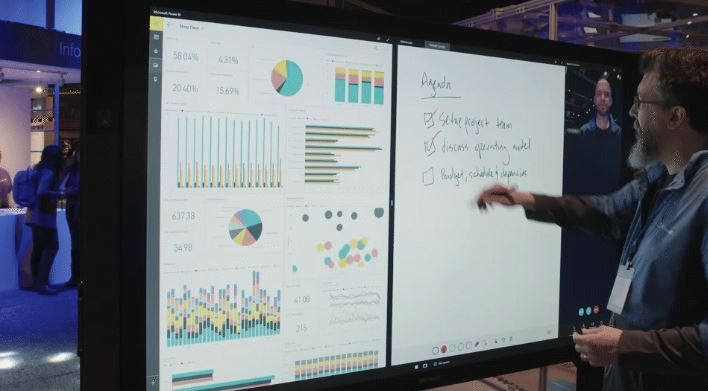 The official Microsoft Windows blog has today announced that it has started rolling out the Windows 10 Creators Update for Surface Hub.

Ryan Gavin, general manager at Microsoft Devices Marketing, says that in the 14 months since Surface Hub started shipping, there has been an “astounding” response from businesses around the world to the device, with more than half of the Fortune 100 companies buying Surface Hubs “to improve how their teams inspire and collaborate - breaking down barriers and creating real business values.”

Gavin says that the Microsoft Whiteboard will be arriving on the Surface Hub in mid-June via an app update, with the intention of rolling it out to other Windows 10 devices such as Surface Studio and Surface Pro later in the year.

With the new update, Gavin says that Surface Hub is now “more personal,” gaining the ability for users to sign in to their Office 365 account from the welcome screen or start menu, turning Surface Hub into a “personal Windows 10 device.”

Audio, Miracast and Skype experiences have also all been improved with the update, and new manageability and security features have been added, including the ability to have Surface Hub wipe all data by default at the end of a session. Two-factor identification support has also been added.

May 16, 2017
Maura
M
M
Microsoft Says Apple Was Following Them With iPad Pro