The Verge reports that the Surface Pro 1 and 2, and as well the Surface 2 Power Cover, a keyboard with physical keys like the Type Cover 2, but with a battery inside will be available on March 19! 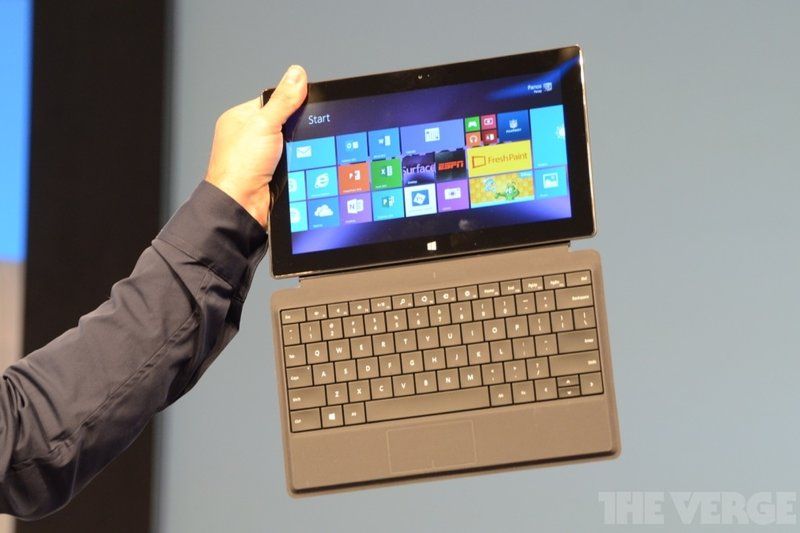 The PowerCover is said to provide an addition 30Wh, which is 70% more battery life to the Surface 2, and 60% for the Surface Pro 1 and 2.
Microsoft is taking pre-orders: Buy Surface Power Cover - Microsoft Store
It can be yours, for a low low price of 199.99$ US and Canadian.

So, how many PowerCover will you buy?
K

This is great news for those with Surface Pro 1.

Curious, this is or isn't backlit? Backlit I'll take one now and replace my Type 2, otherwise gonna wait.
OP
G

No backlit keys, sadly, as they initially said "to maximize battery life" as they said back at the original and first announcement.

be77solo said:
Curious, this is or isn't backlit? Backlit I'll take one now and replace my Type 2, otherwise gonna wait.
Click to expand...

But is shows backlight control keys on F1/F2
M

It's listed as having the same weight as the regular Type Cover 2. Is that true?
K

I can see no official text from Microsoft saying that the cover is or is not backlit. The Verge article may or may not be right. Also, the F1/F2 keys show backlight controls. For me, such a cover is useless without a backlight. I still keep some hope for a backlight.

Staff member
When it was announced, I saw a pre-production version and Panos Panay stated that it isn't backlit and is based on Type Cover 1.
M

According to PC World, no backlit keys.

Like the name suggests, the Power Cover includes a secondary battery, designed to extend the tablet’s battery life further. A spokesman for Microsoft declined to specify the exact capacity of the onboard battery, but the Microsoft product page says that it will weigh in at 0.55 pounds. It will also lack the back-lit keys that the other Surface keyboards include.

Are you willing to give up keyboard back-lighting for another $200 purchase? Think carefully, because you may not need the additional battery life. According to our own lab benchmarks, the Surface 2 lasted over 12 hours in our battery rundown test. Microsoft says that the Power Cover will add up to 70 percent more battery life, or about 20 hours of battery life, to the Surface 2—and that’s measured using continuous video streaming.

jnjroach said:
When it was announced, I saw a pre-production version and Panos Panay stated that it isn't backlit and is based on Type Cover 1.
Click to expand...

I just wish it was based on the Type Cover 1!! I TOTALLY prefer the touchpad on the 1 to the 2, and that alone would be reason for me to ignore the lack of backlight and buy the Power Cover. However, if the images on the MS store are correct, it appears the Power Cover is a Type 2 keyboard/touchpad minus the backlight... very very disappointing.
S

Yeah I was waiting for the power cover but it looks like it sucks.... no backlight?! And almost 10mm thick!! Still crappy touchpad texture... disappointed and not going to buy.
You must log in or register to reply here.